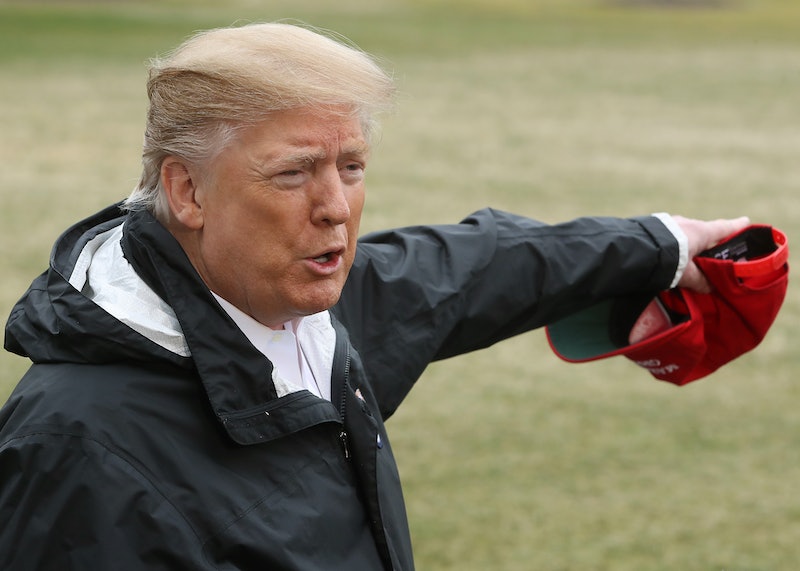 According to Reuters, the border wall funding request included in Trump's 2020 congressional budget proposal is based off a 2017 Customs and Border Protection (CBP) plan, which recommended 722 miles of barrier along the U.S.-Mexico border be built or replaced. The total cost for building or replacing all 722 miles of barrier was estimated by CBP officials to be $18 billion, the news outlet reported.

Earlier in the year, President Trump declared the border a national emergency after Congress refused to grant him the $5.7 billion in border wall funding he'd requested in his 2019 budget proposal. After significant debate and the longest government shutdown in U.S. history, Congress appropriated just $1.3 billion for border fencing in their 2019 budget. In declaring a national emergency, Trump was able to pull another $8.1 billion by redirecting various funds from both the Treasury Department and the Department of Defense.

According to Reuters, the president's $8.6 billion border wall funding request seeks $3.6 billion from the Pentagon's military construction budget on top of $5 billion from the Department of Homeland Security budget. The president is also expected to request an additional $3.6 million for military construction funding to cover the cost of any projects delayed or impacted by his decision to redirect funds to the border wall via an emergency declaration.

Trump's 2020 budget proposal also reportedly calls for more than 2,800 law enforcement and support personnel to be hired to increase border security, Reuters reported. It also includes a plan to hire some 100 immigration judge teams, according to the news outlet.

But in seeking billions more in border funding — indeed, Trump's 2020 budget proposal asks for nearly three billion dollars more than he requested in his 2019 budget proposal — Trump could be laying the foundation for another serious budget battle with Congress. Something the White House appeared to acknowledge on Sunday. "I suppose there will be," White House National Economic Council Director Larry Kudlow said of a potential 2020 budget fight in an interview on Fox News Sunday.

But in keeping with White House rhetoric, Kudlow framed the president's border wall funding request as an effort to address a crisis of national security. "I would just say that the whole issue of the wall, of border security, is of paramount importance," he said. "We have a crisis down there. I think the president has made that case very effectively."

Congressional Democrats have long opposed Trump's border wall, characterizing it as unnecessary, immoral, and ineffective. What's more, they have repeatedly vowed not to fund it.

To avoid another government shutdown, both Congress and the president must agree on a spending bill before Oct. 1.