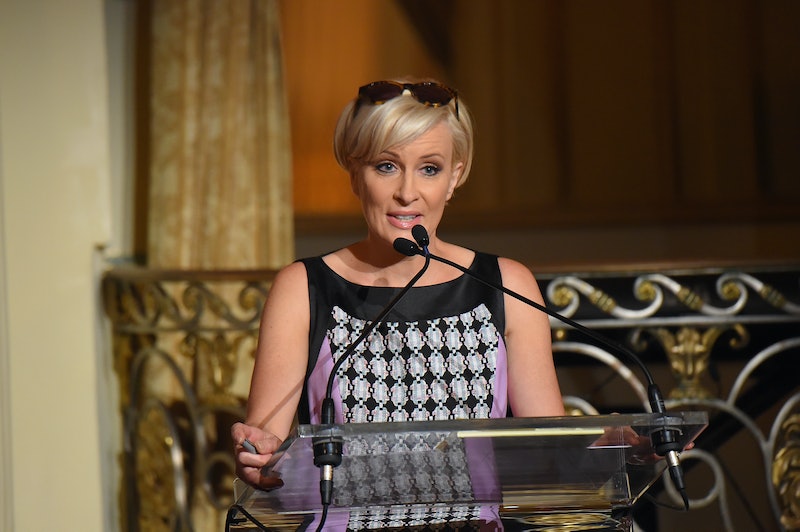 On Thursday, the hosts of MSNBC's Morning Joe criticized Donald Trump's use of Twitter on the show. Shortly afterward, Trump attacked host Mika Brzezinski in two sexist tweets that have rapidly earned a significant amount of backlash. In his tweets, Trump referred to Brzezinski and her co-host, Joe Scarborough, as "low I.Q. Crazy Mika" and "Psycho Joe," respectively, and went on to write that Brzezinski was "bleeding badly from a face-lift" while visiting Mar-a-Lago.

Trump's attack on Brzezinski was met with criticism from lawmakers and journalists alike. Indeed, MSNBC's communication team did not hold back its response to Trump's tweets. "It's a sad day for America when the president spends his time bullying, lying and spewing petty personal attacks instead of doing his job," the network posted on Twitter.

Meghan McCain, a media personality and the daughter of Arizona Sen. John McCain, described Trump's tweets as "cruel" and "unpresidential," remarking that "making fun of a woman's looks" is unacceptable.

Members of the GOP also responded to Trump, including some of his most frequent critics. South Carolina Sen. Lindsey Graham tweeted that Trump's comments were "beneath the office and represents what is wrong with American politics," while Nebraska Sen. Ben Sasse asked the president to "please just stop."

House Speaker Paul Ryan, meanwhile, responded to the president's tweets during his weekly news conference. "Obviously I don't see that as an appropriate comment," Ryan said. "We are trying to improve the tone and civility of the debate, and this obviously does not do that."

Women in politics also took the time to empathize with Brzezinski and criticize Trump.

"I don't think that the president has ever been someone who gets attacked and doesn't push back," Sanders told Hemmer. "This is a president who fights fire with fire and certainly will not be allowed to be bullied by liberal media, and the liberal elites within the media."

Trump's tweets about Brzezinski echoed his previous attacks on both women and the media. Following a Republican debate in 2015, Trump told CNN's Don Lemon that then-Fox News host Megyn Kelly had "blood coming out of her wherever" and dismissed her questions as "ridiculous" and "off-base." When he was a businessman, Trump routinely mocked Rosie O'Donnell's looks, and as a presidential candidate, he mocked Carly Fiorina's looks.

As for Brzezinski, she had the perfect response to Trump's tweets — and she didn't even need to say anything.