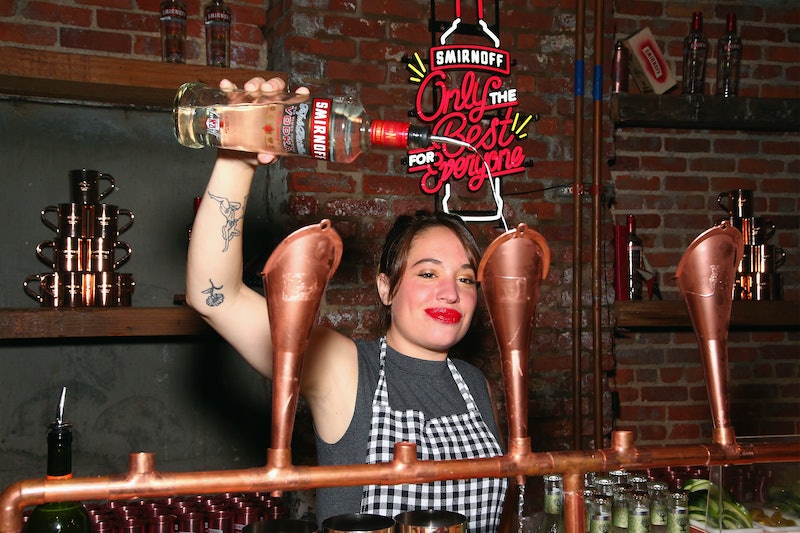 If you work in the service industry and think you're going to get all your tip money, think again — especially if you're a woman. A new report by the Economic Policy Institute, a nonprofit think tank, found that a potential new Trump administration rule that's being called "tip stealing" could hurt women more than anyone else.

“Because women are both more likely to be tipped workers and to earn lower wages, this rule would disproportionately harm them,” the Economic Policy Institute states.

The Department of Labor announced in December it plans to repeal an Obama-era rule that bans employers from pooling tips. The department proposed a change that would allow employers to pool tips and redistribute them to non-tipped workers — which could result in employers legally being able to pocket tip money themselves.

The report's analysis estimates all workers could lose up to $5.8 billion in tips should the proposed rule go through. Nearly 80 percent of tipped jobs, including restaurant workers, bartenders, and hair stylists, employ women. This makes women disproportionately affected, and women could lose $4.6 billion in tips.

The Department of Justice says the ban on tip pooling and redistribution has contributed to pay disparities between servers and other staff. The new rule would then allow restaurant owners to share the tips to cooks, dishwashers, table bussers, and hosts. But since the proposed rule is not written to require this distribution, it would actually give employers ownership of their workers' tips, as long as the employer pays their workers at least federal minimum wage of $7.25 per hour.

Some states and cities already have higher minimum wages. New York City, the most expensive city in the United States, will have a minimum wage of $15 per hour by the end of 2018. But typically, waitstaff work for below minimum wage ($2.13 hourly is the federal minimum for tipped wage), and if their total wage and tip earnings are below $7.25 hourly, employers must compensate. The Trump's administration's proposed rule would not affect tipped employees who work below minimum wage. A restaurant waiter takes in a median of $7 to $13 in tips per hour.

Critics have pointed out that some employers already use tip pooling as a way of paying non-tipped employees less. Although illegal, there's already a history of restaurant owners keeping tips to pay for management positions and building upkeep.

“Skimming off the tip pool happens so blatantly and everywhere,” said Maimon Kirschenbaum, a New York City employment lawyer, to the American Propsect. Kirschenbaum has filed hundreds of wage-violation lawsuits on behalf of employees at some of the city’s most well known restaurants.

Others argue that the United States should get rid of the tipping system altogether. Those who want to do away with tips say that employers, not customers, should pay wages, and any additional tip should act as a bonus.

The subsequent "price hike of your meal, or the mandatory service charge tacked on in lieu of a tip, would be roughly equal to what you would have paid in tips anyway," economist Ofer Azar told the Huffington Post.

Most Americans, however, aren't interested in eliminating the tipping system, according to a survey by Horizon Media. Diners still want to reward good service and are concerned that without the incentive of tips, the quality of wait service will drop.

Those who support both tipping and living wages have called for an increase in minimum tipped wage. The Economic Policy Institute found that 24 percent of waiters and bartenders are parents, and 16 percent of women in those jobs are single mothers. A combination of tips and paying employees more than $2.13 per hour could provide employees better financial security.

But The National Restaurant Association opposes a lift in the minimum tipped wage, claiming the average tipped employee already earns more than the federal non-tipped minimum wage. Labor advocates noted that the average includes waitstaff in high-end restaurants, which skewer the ratio.

As the Trump administration plans to put control and distribution of tips back into the hands of employers, the wages that women earn could get a lot lower than they already are.