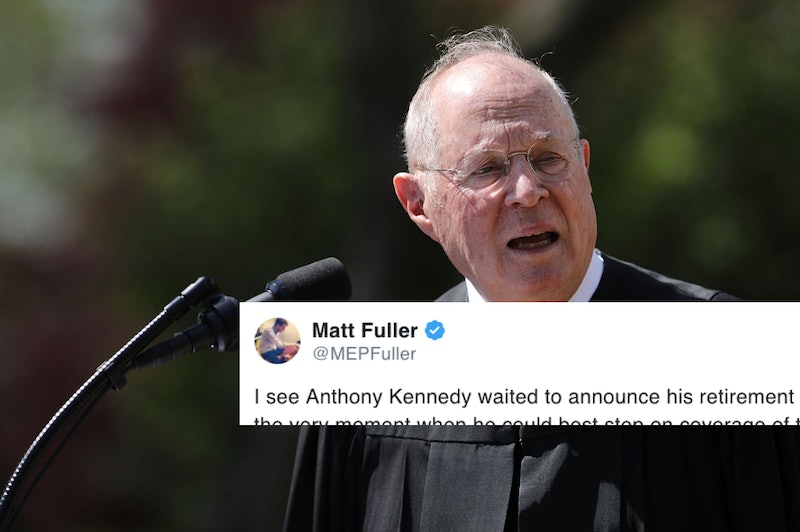 On Wednesday afternoon, Supreme Court Justice Anthony Kennedy announced his retirement. And on Twitter, reactions to the news were far from optimistic.

Kennedy is 81 years old, and is finishing up his his 30th year as a Supreme Court justice. Though he was appointed by a Republican president, his judicial decisions have often been difficult to predict. In the wake of his absence, the Trump administration will undoubtedly move to fill his spot with a more reliably conservative justice, shifting the court's ideological bent to the right.

News of Kennedy's retirement comes immediately after the court ruled on several high profile and controversial cases. But though his announcement was certainly jarring for the political establishment, it did not come entirely as a surprise. Rumors that Kennedy would soon retire, perhaps as soon as this year, have been circulating throughout Washington for months.

So serious were the rumors that The New York Times published an editorial nearly begging that Kennedy not leave his post, lest he, according to the Editorial Board, give his "seat to a president whose campaign and administration are under criminal investigation, whose closest aides have been indicted or have pleaded guilty to federal crimes."

Reports indicate that Congress and the administration will move to quickly fill his vacancy. It will undoubtedly become a serious political battle.