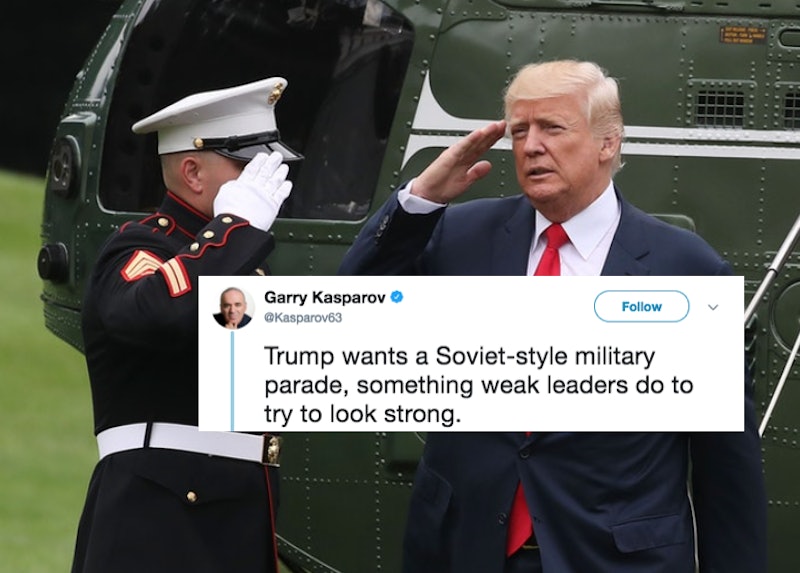 On Tuesday, the Washington Post reported that President Trump wants the Pentagon to plan a parade to show off the country's military might. The White House has confirmed via Press Secretary Sarah Huckabee Sanders that the Department of Defense is exploring the idea. Following the emergence of this news, tweets about Trump's military parade revealed that many people are uncomfortable with the concept, with some believing that it sends the wrong message.

The paper reported that, on Jan. 18, planning for the parade was officially set in motion after Trump met with the Department of Defense's highest level officials. Huckabee Sanders emphasized to the press that parade planning is still very much in its beginning stages, saying, "President Trump is incredibly supportive of America's great service members who risk their lives every day to keep our country safe. He has asked the Department of Defense to explore a celebration at which all Americans can show their appreciation."

As more details emerged about Trump's desire for a military parade, lots of people on social media were less than thrilled — and even disturbed — by the concept. The following tweets reflect just some of those feelings.