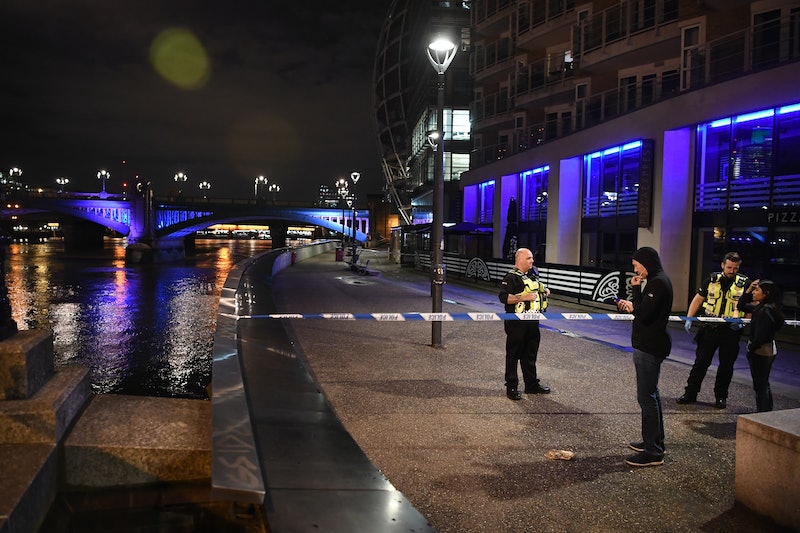 In the immediate aftermath of a trio of reported incidents ― at the London Bridge, Borough Market, and Vauxhall ― tweets from the London incident scenes are starting to pour in, giving some glimpses and insights into what's going on.

So far, those three locations are the only places the police are responding to, with a van reportedly crashing into pedestrians on the London Bridge, and reports of stabbings and gunfire in Borough Market and Vauxhall. (UPDATE: The Metropolitan Police have said the Vauxhall incident is an unrelated stabbing).

As always, it's important to be restrained and cautious during chaotic, violent breaking news events like these, because early reports in the heat of the moment can often be misleading, or incorrect, or jump to unwarranted conclusions. As such, when following events like these, you should bear in mind that reported facts, even by major outlets, may eventually be subject to change.

That said, however, the Metropolitan Police have reportedly confirmed activity in all three of these locations, although the precise extent of the damage, injuries, and casualties is not yet clear. Plenty of people have tweeted out images and videos from the various scenes, however, highlighting what things look like in close proximity to the trio of reported incidents. Here are some of the tweets that are circulating.

Lots Of Police On London Bridge

In The Middle Of It

500 Meters From The Scene

British prime minister Teresa May has stated that the incident is being viewed as a potential act of terrorism, and the Metropolitan Police have reportedly concluded that it is. So far, it's unclear just how many people were injured and/or killed in the various incidents, although the police have already confirmed at least one death. Given the extent of the reported injuries, though ― the BBC reports as many as 20 people were struck by the van on the London Bridge, and also reports a witness at Borough Market saw at least four people stabbed.

Again, however, those reports haven't yet been confirmed by law enforcement, and should be taken with caution ― in times of confusion or tumult, the best reaction is almost always to wait, digest all the confirmed, reported information before forming hard and fast conclusions about the number of victims, or the extent of the attack.