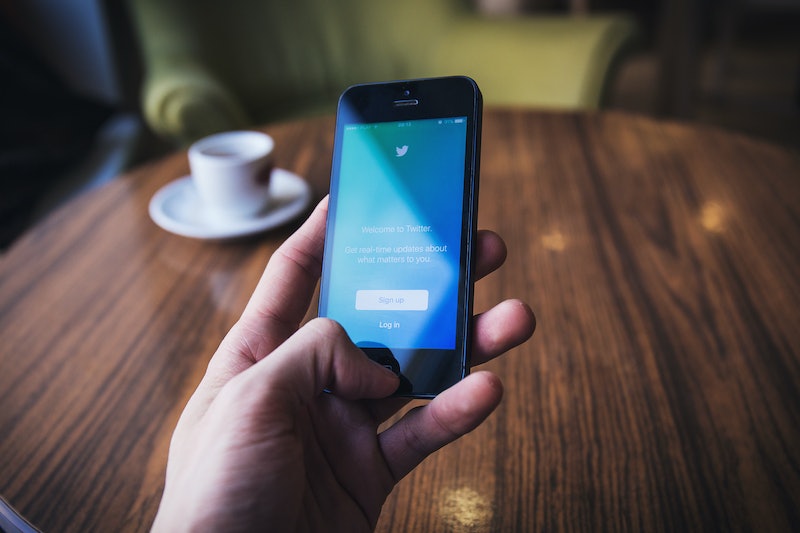 Pexels
By Lara Rutherford-Morrison
May 26, 2017

Earlier this month, Twitter released an update that allows users to see the data it collects and generates about them for ad targeting purposes. The update revealed that Twitter guesses people’s genders based on their profiles and activities. Gender identity is, of course, a sensitive, very personal issue, especially for folks who are trans, non-binary, or gender nonconforming. And, as you might expect, people are less than thrilled about a social media platform using an algorithm to assign them labels of “male” and “female.” Twitter declined to comment on the matter, beyond the company's blog post about the new update published last week.

Twitter’s May 17 update allows users to see the data that Twitter collects about them, including guesses about gender, age range, location, and interests. The platform uses this data to tailor advertising toward users. On the whole, the update is an effort to increase transparency for users about Twitter’s data collection and advertising structure. In a May 17 blog post, the company stated, “We’re expanding Your Twitter Data to give you the most transparent access to your Twitter information to date, including demographic and interest data, and advertisers that have included you in their tailored audiences on Twitter.”

Increased transparency is all well and good, but some users have been disturbed to find that, if you don’t add your gender to your Twitter profile yourself, Twitter will do it for you — “based on your profile and activity.” Of course, assumptions aren’t always correct, which runs the risk that some people won’t be assigned the gender that coincides with their gender identity.

Users to have the ability to change the gender that Twitter has assigned them, as well as to input whatever they’d like instead, such as “non-binary” or “none of your business.” (More on that below.) However, as Mashable points out, users still have to go through the process of being potentially mis-gendered in the first place, which, for trans and non-binary people especially, can be a deeply upsetting experience.

To say the least, many trans, non-binary, and gender nonconforming people are not having it.

It's important to note that Twitter is far from the only company that collects demographic data in this way or that makes guesses about users' gender; Google, for example, does this, too. Twitter, at least, allows users to see what assumptions have been made about them and correct the data if necessary.

You can look up your own Twitter data, including the gender that the platform has listed for you, by going to “Settings and Privacy” and selecting “Your Twitter Data” on the left-hand side of the screen. You’ll see gender listed, along with the option to edit. Tap "edit," and you’ll be given the option to choose male, female, or “Add your gender” in a text box.