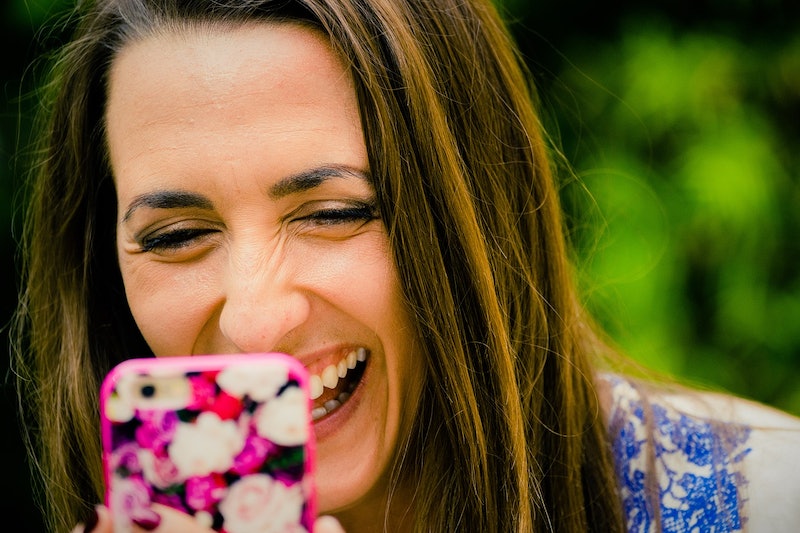 Have you ever wondered what babies are thinking? A woman from Maryland posted pictures on social media of her 8-month-old niece reacting to her recent medical procedure, and people are turning the adorable side-eye baby photos into memes. Jordyn Smith, 20, told BuzzFeed News that she has a special bond with her niece Amina. When she had an EEG test this past week, she captured some epic reactions from Amina regarding her new look.

"Have to wear EEG leads all over my head for the next few days." Smith wrote on Twitter. "My niece has yet to become adjusted." The caption accompanies collage of truly adorable sidelong glances from the toddler, who's not quite sure what to make of her aunt's bandaged head.

Smith told BuzzFeed News that she was diagnosed with an autoimmune disease and epilepsy this past year. “I’ve had just a bunch of health problems," she said, adding that Amina had a similar reaction a few months ago. "I think she was more just like — curious than anything," Smith said. "She was 5 or 6 months when I lost all my hair; she reacted the same exact way."

"Every time I walked I heard the little rollers coming behind me," Smith told BuzzFeed News. "And I’d turn around and she was side-eyeing me to the extreme."

Twitter instantly fell in love with the side-eye baby, and began making memes out of her.

Smith told BuzzFeed News that she thinks the side-eye memes are hysterical. "I think they’re hilarious. I knew a meme was going to come out of it. What people have come up with has just been so entertaining.”

In addition to the memes, people also tweeted messages of support for Smith.

Smith said her health problems have forced to leave school, and come home. She cannot drive, take a bath, or climb a flight of stairs, according to BuzzFeed News. But, the upside of the viral memes is that more people are visiting her personal blog, XO Jordy.

"Most of you may think that this title is a little ironic in that this year seems to have dealt me the worst hand of cards I’ve ever had," Smith posted on XO Jordy June 12. "Some people may even call it the worst year out of my almost 21 years now on earth, but after a lot of reflection I’ve realized that while this year has brought me so many unexpected twists and turns, so many blessings have unraveled in the process. All of the debilitating days, heart wrenching nights, illness, disappointment, depression, anxiety, and much more- have all been blessings in disguise. Blessings that go far beyond just being more appreciative of the better days. Blessings that have made a permanent mark on my heart."