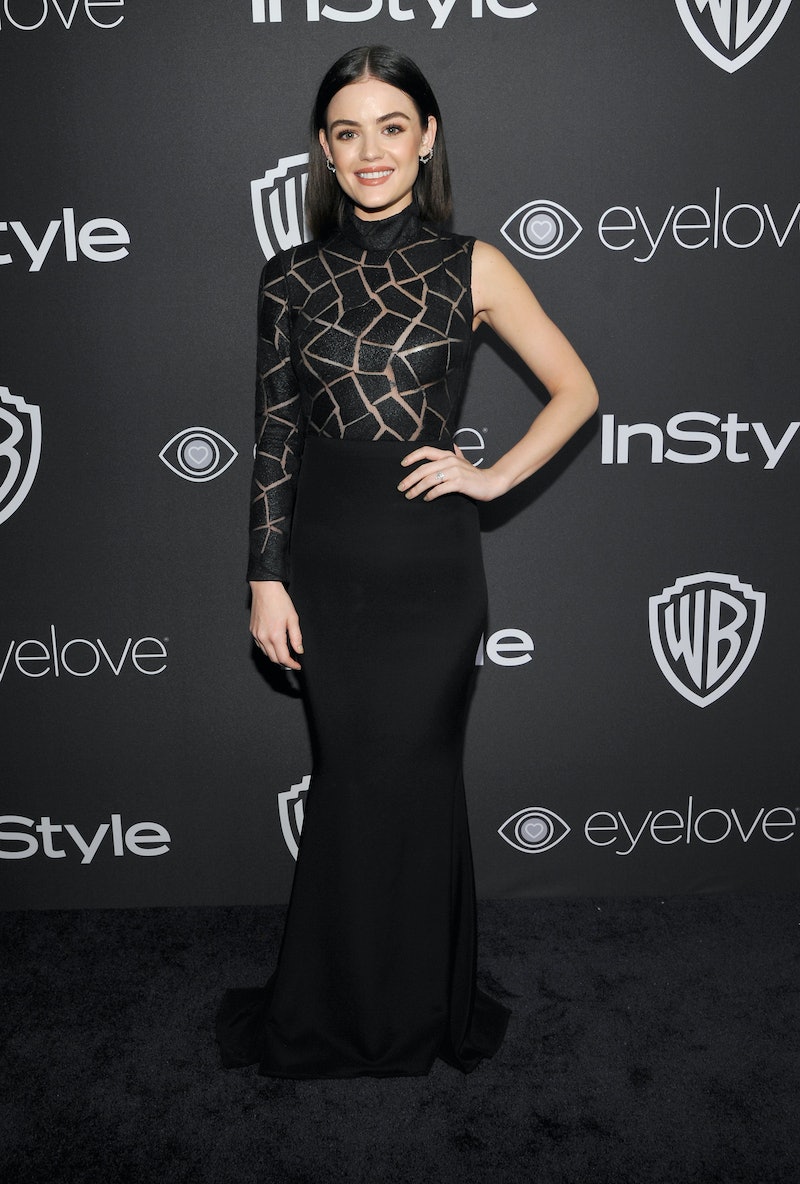 Actress Lucy Hale is best known for her role starring on Pretty Little Liars, so she's naturally built up a loyal social media following over the years. Although many of Hale's followers are fans, they're also not afraid to call her out, especially after Hale's Twitter comments about "baby hairs," which she posted on Monday.

Hale posted an image to Twitter of a photo from a recent shoot along with the caption "The time my baby hairs came to good use at a shoot." The front of Hale's hair was slicked down in a style that's most commonly used by black and Latina women. So what are baby hairs? Writer Kara Brown explained it in an article for Jezebel: "Baby hairs are those small wispy hairs on your hairline that are often very fine and a bit unruly," she writes. "Us members of the urban community tend to have a different hair texture than those in the, let's say, farming community. As a result, those baby hairs are often a different texture than the rest of the hair on our heads, so they have to be styled differently."

Brown continues that black and Latina women will style the hairs by brushing and holding them in place with gel or pomade. "While there are practical reasons for smoothing down one's baby hairs, highlighting them has become a specific look that black women will deliberately style," she writes.

Copying that style is cultural appropriation, and Twitter's reaction to Hale's post was swift and strong — followers immediately called her out for the problematic nature of the style (and the fact that what she was calling "baby hairs" really weren't). Hale reacted swiftly and deleted it less than an hour after it was posted.

A little later, Hale followed it up with an apology.

But fans were troubled by the picture and caption.

This isn't the first time this style has made waves. When models appeared wearing it on Fashion Week runways in London and Paris in early 2015, Twitter users similarly called out designers for appropriating the look from the U.S. black and Latina cultures. And Brown clearly explains why that's a problem: "When we do it, it's ghetto or unattractive but when white people do it it's cool and unique and fashion," she wrote in the Jezebel piece.

Although I'm glad Hale removed the Tweet and apologized, let's hope she learned from this experience.