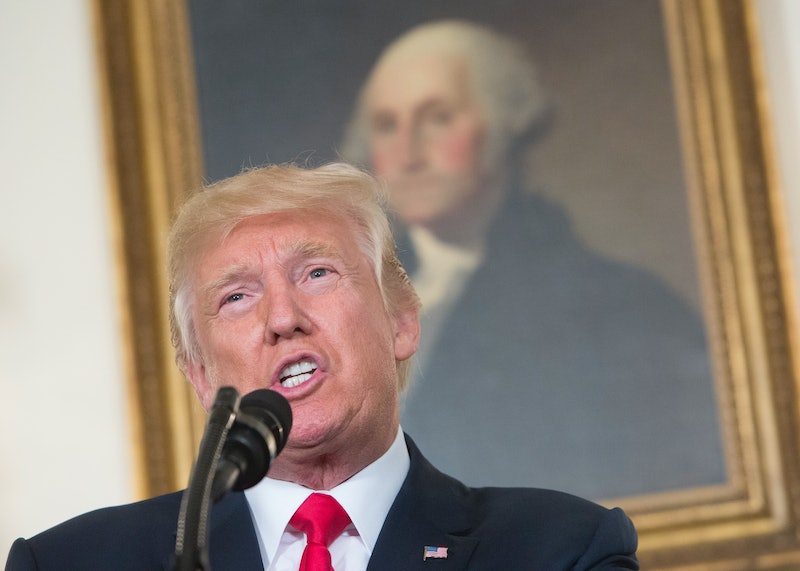 On Monday afternoon, after an onslaught of criticism from a large part of the American public and Republicans and Democrats in Congress, President Trump explicitly denounced white supremacists in a new statement addressing the violence in Charlottesville. However, for many, the president's initial response and the delay clearing up his stance on racism were too glaring to overlook. On Twitter specifically many derided the president's apparent unwillingness to call out hate groups.

The president gave his updated statement from the Diplomatic Reception Room in the White House:

We must rediscover the bonds of love and loyalty that bring us together as Americans. Racism is evil, and those who cause violence in its name are criminals and thugs, including the KKK, neo-nazis, white supremacists, and other hate groups that are repugnant to everything we hold dear as Americans.

Prior to his comments on Monday, the Trump camp had responded to criticism of his failure to specifically condemn white supremacists and nazis by suggesting that his words were clear enough to make his opposition to such groups and their ideology obvious. Tom Bossert, homeland security adviser for the White House, suggested on Sunday that the reason the president didn't name specific hate groups was to avoid dignifying them.

"The president not only condemned the violence and stood up at a time and a moment when calm was necessary and didn't dignify the names of these groups of people, but rather addressed the fundamental issue," he said during an interview with CNN's Jake Tapper.

Here's how some reacted to his delayed condemnations.

2. He Didn't Do This Willingly

4. Not Worthy Of Praise

6. We Notice These Things

10. There's No Way To Salvage His Initial Reaction

11. So Quick In Certain Other Condemnations

14. You Are The Company You Keep

15. Literally Everyone Except Nazis Would've Done This Sooner

17. The Misery Was Too Obvious

18. He Should Reject Their Support

20. People Will Not Forget This

23. This Is Something They Wanted

24. Something Concrete He Could Do

25. We've Got To Raise Our Standards

The president's initial Saturday statement was met with praise on white supremacist websites like The Daily Stormer. Commenters on the site applauded Trump's decision to not single out racist groups and interpreted his comments as attributing blame to counter-protesters in Charlottesville. How his latest statement will be received remains to be seen.