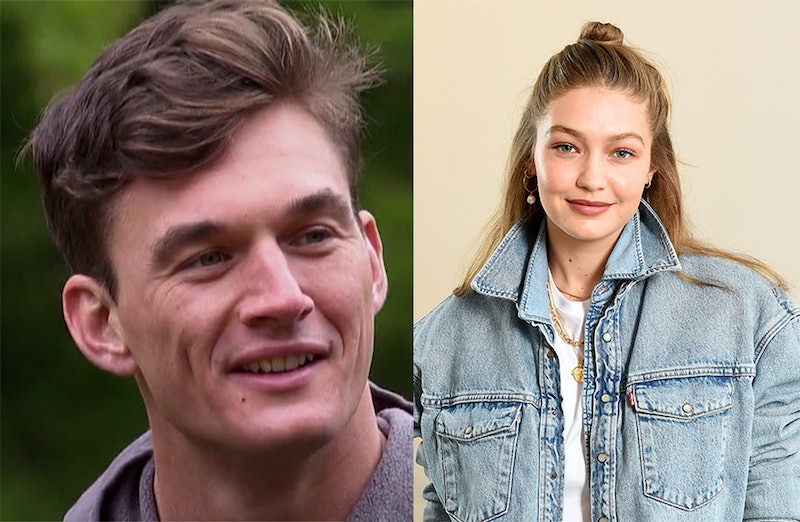 There have been lots of Tyler Cameran and Gigi Hadid spottings over the past month, but the most recent one is actually very heartwarming. Tyler C was there for Gigi during a very tough family moment. Everyone's favorite contestant from The Bachelorette accompanied the supermodel to the Netherlands to attend the funeral for her grandmother Ans van den Herik, who recently passed away after a battle with cancer, according to E! News. People reported that she was 78-years-old when she passed away.

Tyler C was by Gigi's side for the funeral that took place in Rotterdam. Gigi wasn't the only Hadid sibling who brought a significant other to the funeral. Her younger brother Anwar Hadid leaned on his girlfriend pop star Dua Lipa for support. Their sister Bella Hadid was also there, of course, and the five of them were all photographed together in mourning.

The models' mother Yolanda Hadid brought her new boyfriend Joseph Jingoli for some additional support at her mother's funeral. Their dad and Yolanda's ex-husband Mohamed Hadid shared a picture of the casket covered with white flowers and pink butterflies along with some kind sentiments on his IG Stories.

As far as the public knows, Tyler C and Gigi have been seeing each other for about a month. They were first seen in New York City grabbing a drink at Dumbo House on Aug. 4. They have been photographed together many times since, usually in New York City. The recent photos indicate that their relationship is probably a very serious one. Attending a funeral with the family in another country says a lot about the depth of their bond.

Gigi and her family have been very open about their loss. On Sept. 4, Gigi shared a photo of the casket on her Instagram Story with the caption "WE LOVE YOU OMA." The word "Oma" is a term of endearment for the word "granny" in both Dutch and German.

On Aug. 31, Gigi shared a throwback photo with the caption "OMA FOREVER," which Tyler C "liked" on Instagram

That same day, Gigi opened up with another Instagram post. She described her late grandmother as a "queen angel" before she revealed that the family matriarch "fought cancer six times in her life."

The supermodel also wrote, "She is an honorable guide we will carry with us forever. We love you more than words, our beautiful wonderful Oma." Tyler C liked this post as well.

In her third post that day, Gigi shared another touching throwback photo and wrote "REST IN PEACE."

Of course, Gigi has a lot of support for her family during this difficult time. Still, it's nice to see that she has an additional person that she can rely on. Nevertheless, there are many eyes are on both of them, with two avid fanbases that are very thirsty for relationship details. Even though Gigi and Tyler have not publicly discussed their relationship status, t fact that Tyler was with Gigi and the rest of the Hadid family for the funeral in Amsterdam does speak volumes.

More like this
'RHOSLC' Star Jen Shah Refuses To Do A Post-Sentencing Interview With Andy Cohen
By Brad Witter and Jake Viswanath
Lenny Hochstein's “Boob God” Reputation Bolsters His Multimillion-Dollar Net Worth
By Brad Witter
Everything To Know About 'RHONJ' Season 13
By Brad Witter and Jake Viswanath
Hannah Ann Got Engaged 3 Years After 'The Bachelor' & The Proposal Was Dreamy
By Grace Wehniainen
Get Even More From Bustle — Sign Up For The Newsletter
From hair trends to relationship advice, our daily newsletter has everything you need to sound like a person who’s on TikTok, even if you aren’t.