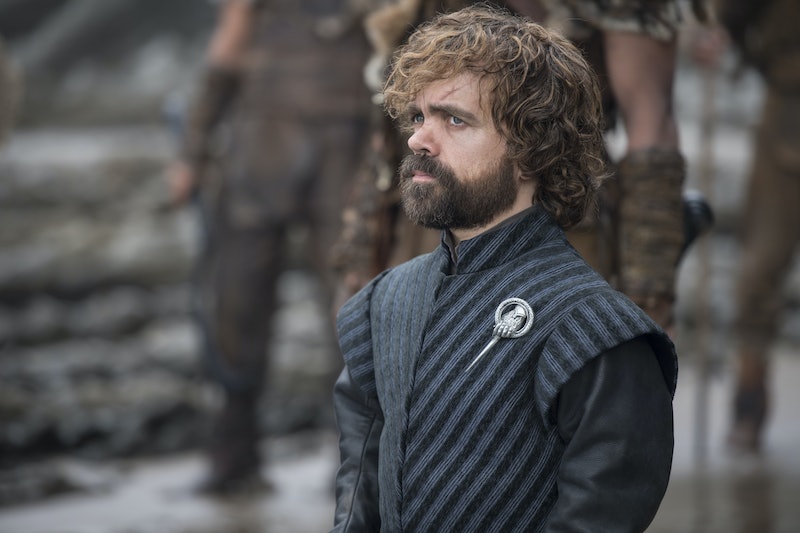 As Game of Thrones plows through its penultimate season, the chances of major fan theories being solved get better and better. One of the most dominant fan theories revolves around Cersei's death and the Valonqar theory. Part of the prophecy told to a young Cersei by Maggy the Frog, the evidence has mounted in favor of Tyrion fulfilling the Valonqar prophecy in Season 7, meaning he would be the one to kill Cersei.

After Episode 3, "The Queen's Justice," the evidence seems to all but clearly declare Tyrion is the Valonqar (which means "little brother" in High Valyrian) who will eventually kill his older sister, Cersei. The biggest clue from Episode 3 lies in the beauty of Tyrion's narration of the siege of Casterly Rock, the seat of the Lannisters. Tyrion understands the way that the Lannisters think, he understands their methods, and it's his knowledge that currently makes him a very valuable asset to Daenerys. If anyone would have specific know-how on how to tear down the Lannisters from within, it would be Tyrion.

Tyrion's ability to uniquely understand how his sister operates has always been and will continue to be an asset. Even though the siege of Casterly Rock does not work in his (or Daenerys') favor, the whole scene which lays out how Tyrion's father's underestimation of his cunningness is playing to Tyrion advantage all these years later (Tyrion's construction of a secret tunnel below Casterly Rock proved to be the key to taking the fortress) shows us that the Lannisters continue to underestimate him.

Let's pivot quickly to Jaime, the other Valonqar candidate. You may be sighing right now and saying, "But Jaime could do it!"; Jaime won't do it. He's had plenty of chances and he sure as heck hasn't taken any of them. Nevermind that Jaime is also too obvious a choice for the Valonqar. Episode 3 gave us proof that Jaime is willing and able to talk Cersei down from her more cruel ways, as was the case with how they disposed of Olenna Tyrell. Jaime wouldn't kill Cersei when he can simply talk to her.

Which brings us back to Tyrion. So, what happens when you combine a lifetime of being the family black sheep/outcast with the unique understanding of how your shady family operates? Motive. Tyrion has bucket-loads of motive right now. Game of Thrones took great pains to foreshadow to us that Tyrion is able to tactically unsettle Jaime and Cersei. Casterly Rock may have been a failure, but something tells me that Tyrion won't make the same mistake twice. The next time he tries to hurt his brother and sister, he'll make it count.

Finally, let's consider this: we know that High Valyrian can be misinterpreted. In the Season 7 opener, Missandei keenly pointed out that the way Daenerys and Tyrion were understanding the Valyrian translation of "The Prince Who Was Promised" was wrong. In that case, the Valyrian word for "Prince" had no gender. What if, in the case of the word "Valonqar," the word "little" doesn't just mean younger, but it also refers to the height of the person? In this case, Tyrion fits that description, as opposed to Jaime who is taller than Cersei.

What Episode 3 has illustrated to us, in a very sly way, is that Tyrion truly is the Valonqar. In an episode focused on revenge, the foreshadowing of Tyrion's revenge against Cersei (and quite possibly Jaime for good measure) has been set in motion. Now, all we have to do is wait and watch.