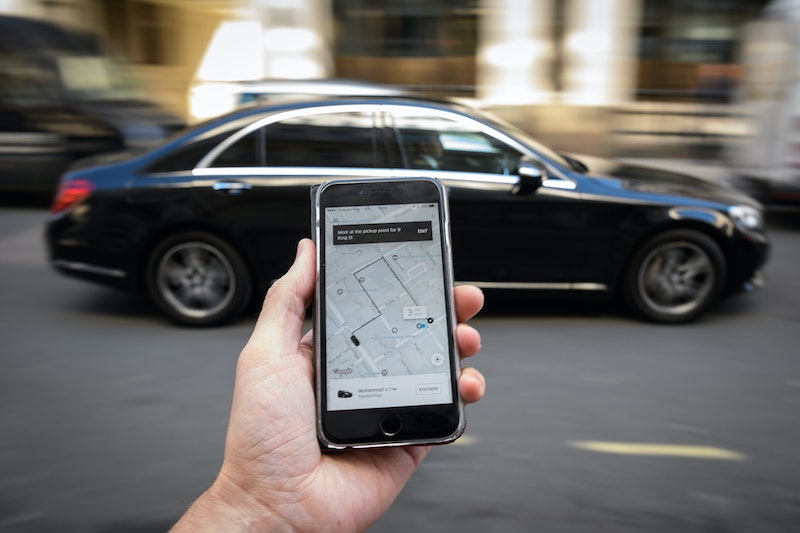 In another "we're living in the future" move, according to Techcrunch, ride-sharing app Uber applied for a patent to detect drunk passengers recently. Sure, that might not sound high-tech in and of itself, but it definitely does when you factor in how: Apparently, the patent would be for specific machine learning upgrades to the app that would be able to detect whether or not a passenger hailing an Uber may be under the influence of alcohol by comparing how they use their phone to other times they use their phone. In other words, it would track everything from how quickly the user uses the app to their location to even how they hold their phone. Uh, is this The Jetsons or real-life?

While anyone who is inebriated should always opt for a cab or ride-share to get themselves home safely, news of this patent begs the question: Why does Uber need to know whether or not a passenger is drunk or not?

There are a few possible explanations: A drunk passenger could be a liability to drivers for a number of reasons, and, on the other side of the coin, it would allow the app to keep a closer eye on the rides of those who may not be as aware of their surroundings due to alcohol intake. However, with the increasing concern surrounding user data collection, the idea of Uber gathering data like how users hold their phones at different times might seem anxiety-inducing to some.

It should be noted that, just because Uber has applied for the patent, that does not mean it will be appearing on our phones any time soon, or even approved. Not all patents come to fruition — and, even if it does, considering how much personal information is involved in this potential update, chances are users will have the option to opt out of sharing the information, or they'll be given ample notice before changes go into effect.

While we may not know if the idea will ever actually become a reality, the actual technology proposed in the patent is fascinating. According to The Verge, programmers have essentially discovered that there are a variety of different indicators in how someone uses their phone that, when put together, could suggest inebriation. For example: both the rate at which a potential passenger is walking and the angle they're holding their phone at. When that information is compared with how the passenger in question usually uses their phone, the app would be able to make an informed guess on whether or not the user has been drinking or not. Then, the feature would have the ability to relay that information to the Uber driver, so they're made aware of any potentially inebriated passengers. It's unclear if the function would have any sort of prompt for users to disclose whether or not they've been drinking — after all, while machine learning may be more advanced than ever, there's still always a margin of error with any program — or if the app would allow users to opt out of the data collection completely.

So, while not much information is really available, we do know that Uber is clearly thinking to the future when it comes to technology — like, way, way to the future. That said, this idea is still very much just that — an idea — and it's worth remembering that, like with many tech companies, only a small amount of patents Uber applies for actually end up becoming realities. So, this one has a long way to go before ever becoming an actual thing.