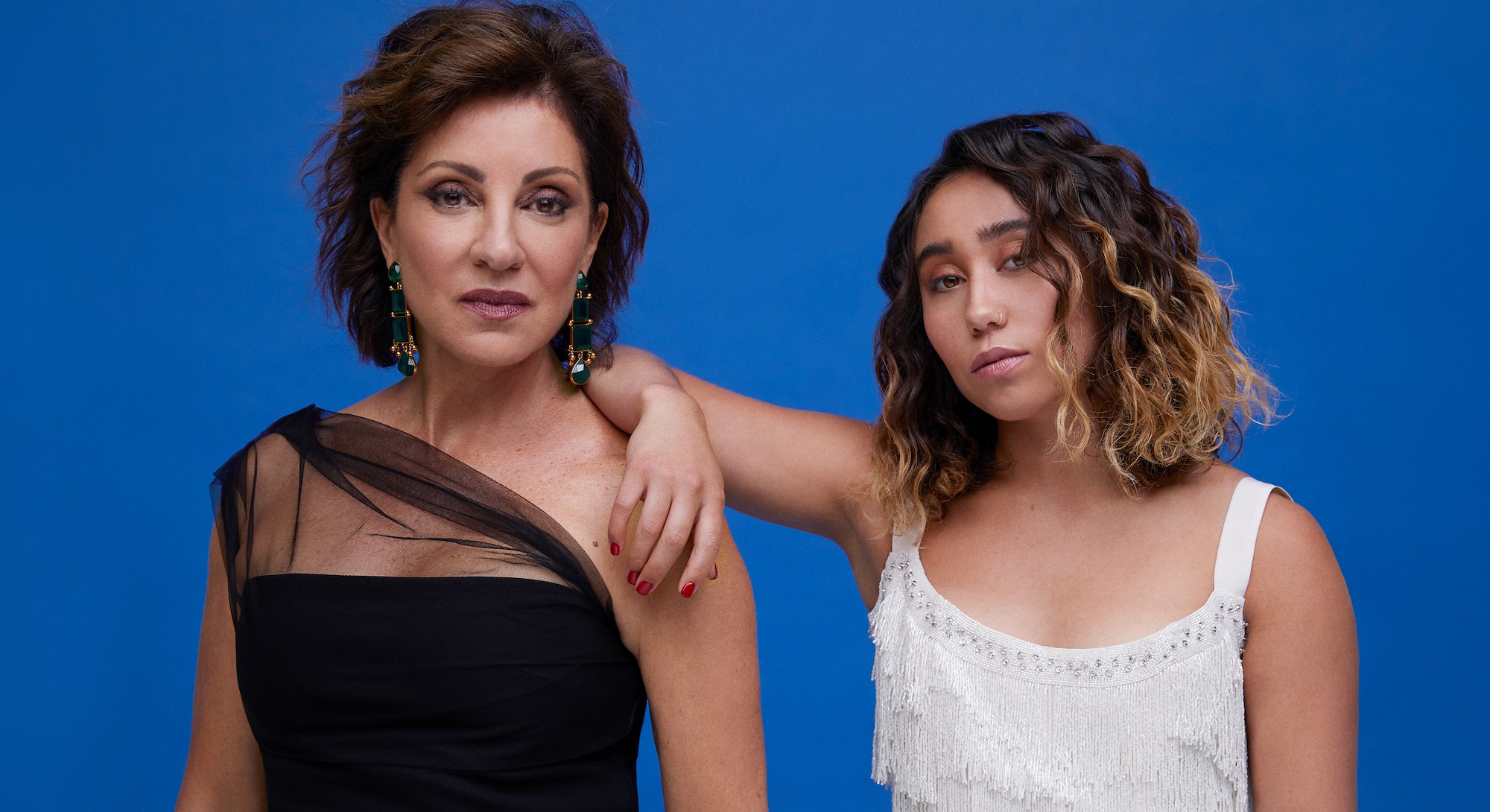 You probably remember the video that went viral in January: a gymnast in a bedazzled navy leotard executing a floor routine more fun than any you’d ever seen at the Olympics. That’s because it was performed by Katelyn Ohashi, then a senior at UCLA, at a college gymnastics meet.

At the time, I was an assistant coach at UCLA, where I had earned my bachelor’s degree after retiring from elite competition following the 2012 Olympics. While I was a student, I worked with legendary UCLA head coach Valorie Kondos Field — affectionately known as Miss Val — as the team manager.

When Katelyn, Valorie, and I met, it was 2015, and we didn’t know what would transpire in gymnastics shortly after. Just a year later, USA national team physician Larry Nassar was accused, indicted, and convicted on multiple counts of sexual abuse after more than 300 gymnasts at the club and elite level came forward.

"I was slapped when I was 4 in gymnastics." -Katelyn Ohashi

I am no longer at UCLA — this summer, at 23, I accepted a position as the youngest NCAA head coach ever, coaching the University of Arkansas gymnastics team. Katelyn graduated earlier this year and is working on her first book. This fall, Miss Val will embark on her well-earned retirement. I caught up with them to talk one last time — in public, at least — about how, in this critical time, UCLA Gymnastics created safety and paved a way forward for gymnasts and the sport we love.

Jordyn Wieber: How did each of you get to UCLA?

Valorie Kondos Field: I was a ballet dancer. I'd never done gymnastics. It was 1982, and UCLA needed a dance coach for their gymnastics team, and they offered me a full scholarship. After I graduated, the athletic director offered me the head coaching job, which I thought was ludicrous. But I took it.

Katelyn Ohashi: I didn't know anything about college gymnastics. I didn't even know if gymnastics was in the picture for me. My [U.S. National Team] teammate Madison Kocian was going to UCLA and talked so highly about Miss Val, so when I was 18, I called her.

Kondos Field: Jo, what about you?

Wieber: I decided to come to UCLA in huge part because of you. I could tell that if I was around you and I was exposed to your program every day, I was going to grow as a person.

"I thought, 'Well, this is just the tip of the iceberg.'" -Valorie Kondos Field

Let’s talk about what was going on in gymnastics in the years we were at UCLA together. Katelyn, you fortunately were not one of Nassar’s victims, but you had your own negative experiences growing up in the gym. What was your earliest awareness of abuse in the sport?

Ohashi: I wasn’t ever like, “Oh that's abusive,” because we didn't know what abuse was. Everything was so normalized. I was slapped when I was 4 in gymnastics.

Val, when did you first realize that there were likely sexual abuse survivors on our team, and at what point did you realize the scope of how bad it was?

Kondos Field: I was watching 60 Minutes and had no idea what I was going to be watching. Two of the three [survivors interviewed] had been on our team, Jamie Dantzscher and Jeanette Antolin. I was dumbfounded. Once that happened, I thought, “Well, this is just the tip of the iceberg. We've had 49 elite athletes on this team. There's got to be more.”

Wieber: I'll never forget sitting in your office and contemplating whether or not to read my victim impact statement at Nassar’s sentencing, and you helped me understand what it could mean. You encouraged me to tell the team, so I did.

This is for both of you: What was the reaction on the team as the statements were being read?

Ohashi: It was obviously heartbreaking to know all my friends had experienced that. Why or how would this even happen?

Kondos Field: It was overwhelmingly shocking, but at the same time, I was so proud that they — you — were able to take everything that you learned in this beautiful sport and put it to good use in the most terrifying moment of your life thus far, and stand up there and speak with confidence, and grit, and poise. You were able to look at this monster, in his eyes, and tell your stories.

Wieber: Were you having any conversations with other head coaches at the time?

"I was proud that you were able to take everything that you learned in this beautiful sport and put it to good use in the most terrifying moment of your life thus far." -Valorie Kondos Field

Kondos Field: The next week, we were competing against Oklahoma in Los Angeles. I called the Oklahoma coach, K.J. Kindler, and said, “We have an opportunity to make this meet bigger than just sport.” That’s how the Together We Rise meet came about. I want[ed] to honor the survivors and thank them for their courage coming forward.

At the end of the meet, we played this video. The survivors that were in LA — Maggie Nichols, Jamie Dantzscher, Jeanette Antolin, Jordyn, Mattie Larson — came out. Both teams came together in a circle around them, and people started swaying back and forth and hugging. Twelve thousand people, and there was not a dry eye.

Wieber: Katelyn, shortly after all of this happened, you became vocal about some of the things you had gone through in gymnastics. Was there a connection between the conversation around sexual abuse in the sport and you speaking out?

Ohashi: When gymnasts started blowing the whistle — I swear you guys are the forerunners of the #MeToo movement — that was really encouraging. So I started my blog, in which I wrote about the body shaming that I had experienced throughout my elite career. I never expected the type of feedback that I got, how many other people have gone through the same thing.

Now I could speak out about injuries, too. When I was an elite gymnast, you couldn't say anything until you physically could not walk. I was told at 16 that I might not ever do gymnastics again, and my back will never be the same, because no one would listen to me before it got that bad. I want to make sure no one else has to go through that.

"Val, you gave those who went through the elite program an opportunity to love the sport again." -Jordyn Wieber

Wieber: Can you guys talk about how Katelyn’s floor routine this year came about?

Ohashi: We had the whole team making the music and helping me put it all together. We wanted to have intricate dance and really find joy within it. I think it couldn't have been a more perfect time for it to come out. Miss Val said last year, no one was ready for joy and positivity in the sport. This year, people were ready.

And it’s brought a lot of attention to college gymnastics. You can see [meet] attendance across the country rise now.

Wieber: In what ways was the routine a reflection of our experiences as a team over the last three years?

Kondos Field: One of the reasons Katelyn resonates so much with people is that, yes, you can't help but watch her floor routine and feel happy, but she’s not just the fabulous gymnast with a super smile. She’s gone through a lot of crap, and she’s there to speak as an advocate for people who have gone through similar and worse.

Wieber: What’s the most rule breaking thing we did at UCLA gymnastics?

"UCLA taught me to use my voice. We’d become so voiceless as gymnasts." -Katelyn Ohashi

Kondos Field: UCLA allowed me to be really non-traditional and to show that you can develop champions by putting the development of the whole human being first. Speaking out against bullying, against body shaming, made Katelyn a better gymnast.

Ohashi: UCLA taught me to use my voice. We’d become so voiceless as gymnasts. No one wanted to hear what we had to say. But we are more than gymnasts, and I feel like I've been a pretty good example of that.

Wieber: Can I go?

Kondos Field: Go for it.

Wieber: Val, you were accepting of all different kinds of personalities and strengths and weaknesses. You can't say that about every program. You gave a lot of girls, especially those who went through the elite program, an opportunity to love the sport again.

Kondos Field: We didn’t break the rules to be defiant. We celebrated breaking out of the box that people try to put you in, to show the world, “I don't need to stay in this little box to be great.”