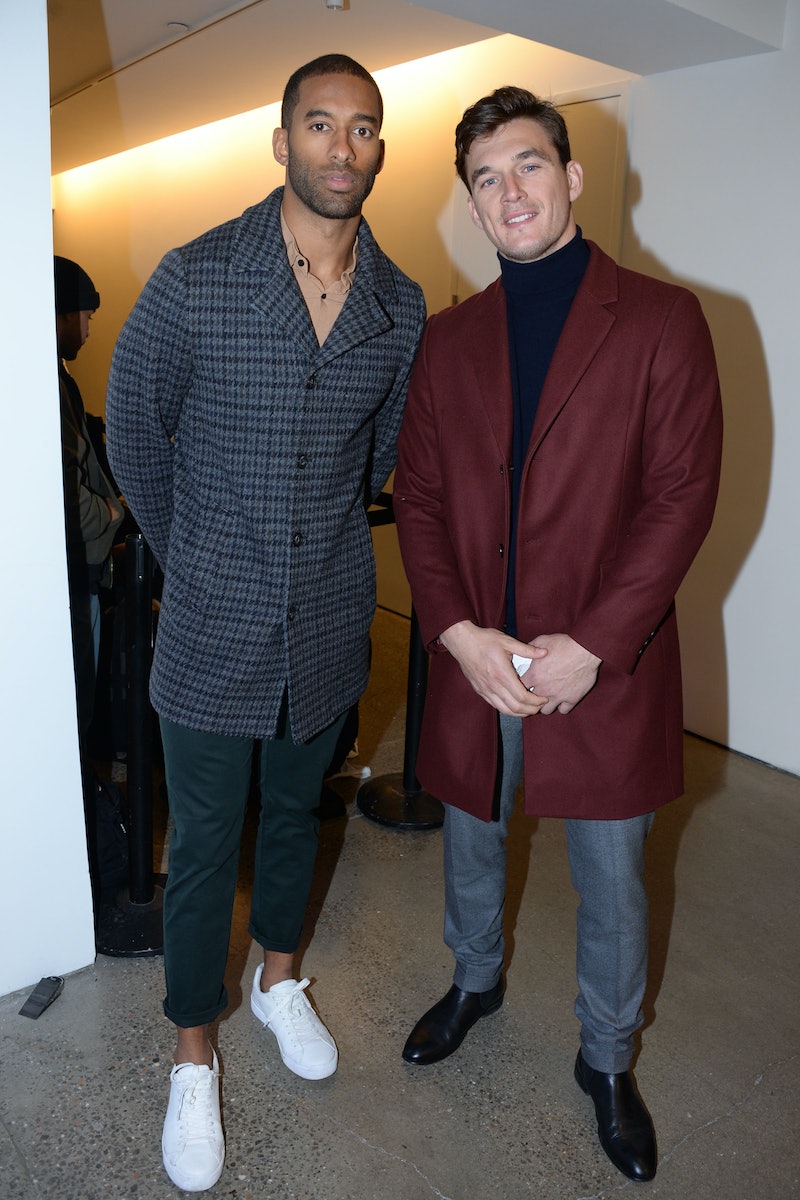 Less than a day after Peter's turbulent quest for love came to a halting end, ABC began teasing some of the men who will be vying for Clare Crawley's affections on Season 16 of The Bachelorette. Among them is Matt James, Tyler C.'s BFF and roommate. Though the show listed him on Facebook with the bare-minimum description of "Matt J., 28, New York, NY," anyone who follows Tyler C. on Instagram will have seen Matt all over his feed. They live together, eat together, and even work together, co-running the non-profit ABC Food Tours Tyler is always posting about.

According to the company's official website, the goal of ABC Food Tours is to allow underprivileged kids to experience different cuisines. Matt came up with the idea after moving to New York, where he began eating out for nearly every meal. One night, he ran into a group of kids after eating at his favorite restaurant, Bob White's, in lower Manhattan.

"They're giving me a hard time about how high my shorts are, and we're just going back and forth," Matt recalled during a 2018 appearance on Rachael Ray. "And they told me that they went to [the New York public school] P.S. 188, and they had never been to Bob White's before." This surprised Matt, since the restaurant was right across the street from their school. He then reached out to the principal to ask if he could take the kids to Bob White's, and thus, ABC Food Tours was born.

Like Tyler C., Matt is also an athlete. He played football at Wake Forest and went on to play briefly for the Carolina Panthers and New Orleans Saints. "I didn't think I was going to make a career out of football, but I thought my stint in the NFL would be longer than a few months," Matt told DeacLink. Fortunately, he was able to pivot into banking and eventually the real estate company CBRE, where he currently works.

Matt's Instagram is set to private, but you can easily keep up with him through Tyler C.'s posts. They even have their own hashtag: #Myler. At least if things don't work out with Clare, Matt will still have one great love waiting for him when he returns from the mansion.