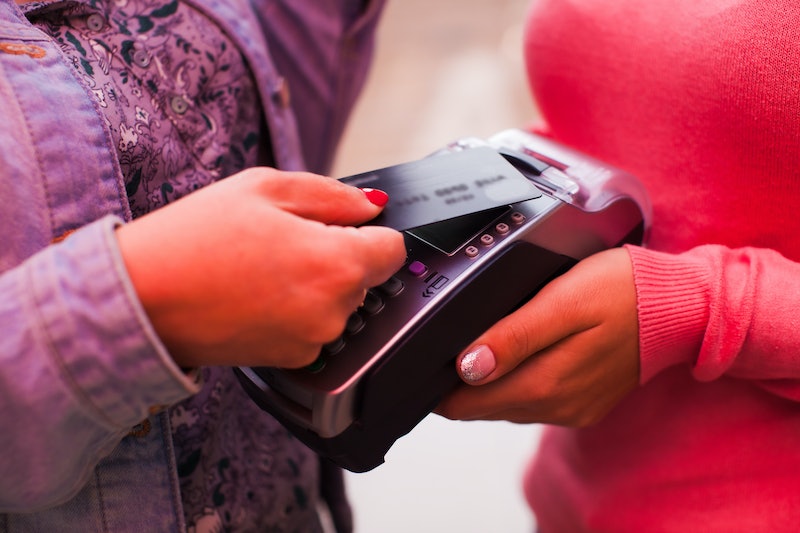 New changes to bank overdraft fees are being welcomed by some, but others are facing a serious price hike. First announced in the summer of 2019 by the Financial Conduct Authority (FCA), the rules will ban banks from charging fixed daily or monthly overdraft fees, per the BBC. They will also no longer be able to charge higher fees for unplanned overdrafts, but will have to implement a simple annual interest rate on all overdrafts. It's this last part that is causing concern, particularly among young people.

Although the changes don't come into effect until April 2020, banks have already started to publicise their new interest rates. An investigation by Radio 1 Newsbeat found several major UK banks are planning to charge almost 40% interest on overdrafts; in some cases, that's double the current rate.

Young people, aged 16 to 24, are likely to be hit the hardest. Not only are they the age group that uses arranged overdrafts the most, but almost half have gone into theirs in the past year alone, the BBC reports. Women could be slightly worse off too. 55% of over-indebted people in the UK are female, found a recent report by the Women's Budget Group.

The changes were meant to stop people being ripped off, and seven out of 10 will either see a benefit or no change at all, notes the Telegraph. But almost eight million customers will be detrimentally impacted. Per the BBC, a £1,000 arranged overdraft could now shoot from £180 in annual interest to almost £400.

According to the BBC, the banks with plans to increase their interest rates are as follows:

If you're a person "who accidentally (or on purpose) [goes] a bit over what they are allowed for a short time," you will benefit from the daily fee ban, Money Box radio presenter Paul Lewis explained to the BBC. But, he added, "people who have arranged overdrafts which they use regularly or long term will pay a truly awful price."

Christopher Woolard, executive director of strategy and competition at the FCA, told MoneyExpert: "Overdrafts were not designed to be used for large amounts for long periods of time. Consumers should consider other methods of credit if they find they need to borrow for longer."

That can be easier said than done. In an article for the Independent, one woman detailed how she ends up in her overdraft each and every month. "I initially found myself deep into my overdraft after using the facility to fund a sudden move from the north to London for my career," Megan Townsend wrote.

"I was not in a position to burden my family or friends with the costs of a deposit on my new place, food and utility bills before my first pay packet, and even basics like furniture for my room. Meeting these essential expenses meant getting into a lot of debt — debt I won’t be able to pay back any time soon."

Townsend also demonstrated how easy it is to spiral into more debt through no fault of your own. "Living paycheck to paycheck means if a single thing happens that you haven’t budgeted for, you have to make up the difference with yet more debt," she stated.

Martin Lewis, from MoneySavingExpert, has advised people to use savings to pay off small overdrafts. If you'll need to continue using an overdraft from April, consider switching to a different bank, states MoneySavingExpert. First Direct's current account has a £250 interest-free overdraft, and Nationwide is offering a 0% overdraft for a year if you open a FlexDirect account. (Your overdraft limit will be based on your credit score and the interest rate will increase to 39.9% after a year.)

You can also open a money transfer card which lets "you switch your debt onto an interest-free card," said Lewis on The Martin Lewis Money Show. "But it comes with a charge — on £1,000, there'll be a £30 fee. You then have up to 30 months to pay it off."