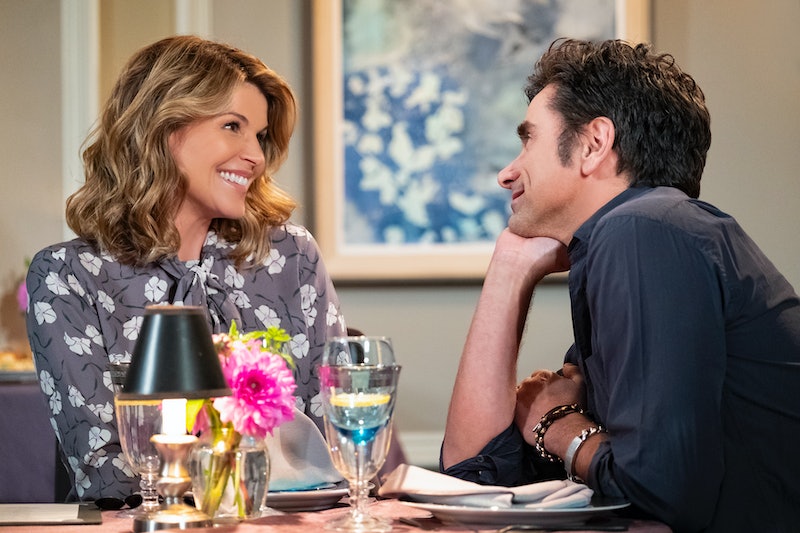 Fuller House has always been focused more on the next generation of parents: Kimmy, D.J., and Stephanie. But it is nice that, from time to time, the original Full House parents show back up as well. Aunt Becky, Danny, and Uncle Joey all make frequent appearances in Fuller House Season 4, but Uncle Jesse's episodes are few and far between. He doesn't even show up until over halfway through the season.

Uncle Jesse's first episode in the fourth season is Episode 8. By contrast, Uncle Joey shows up in the very first episode (he plays Santa, of course), and Aunt Becky and Danny appear in the third episode. Meanwhile Uncle Jesse fans have to watch nearly four hours of the show before John Stamos' stunning hair shows up on screen.

Of course, he's always worth the wait — but why so long? Well, Fuller House has always accommodated the schedules of the OG Full House stars, so he probably was just too busy to come before then. After all, Stamos did have a baby of his own this year, and being a new dad takes up a lot of time. He also acted in Lifetime's show You, which probably kept his schedule busy as well.

In any case, Stamos still managed to stop by for two of the 13 new episodes. And the writers poked fun at his late entrance during the eighth episode. Uncle Jesse's first Season 4 lines are, "I'm here, I'm here," as if acknowledging that, by then, the audience will be practically screaming, FINALLY. And viewers aren't the only ones who missed him. It turns out that Aunt Becky hasn't really seen him around lately either.

Between Becky working early mornings on Wake Up, San Francisco and Jesse working nights at the Smash Club, the pair is totally out of sync. They even forgot how to properly kiss each other. Have mercy. Fortunately, even though they're not in the best place at the moment, Jesse absolutely doesn't even for one second get tempted by a hot mom in his Mommy and Me class who offers Jesse her moussaka (which is a Greek food and a very weird choice of innuendo). Jesse tells her that the only moussaka he wants is Becky's. By the end of Episode 8, they're back on the same page a bit, and they agree to start prioritizing time together. Aww.

The only other episode Jesse is in is Episode 10. In this one, he trades Mommy and Me for Daddy and Me. Only it's a Daddy and Me class filled with young, tech-y hipsters with man buns who refuse to let their children eat gluten or sugar. Jesse feels out of touch as an older dad to Pamela, but D.J. gives him a parenting pep talk. (She really is her father's daughter.)

The other exciting part of that episode is that it's also a Grandfathered reunion. Drake and Josh star Josh Peck was Stamos' co-star on the short-lived FOX sitcom Grandfathered, and now they're close friends in real life. So it's not surprising that Peck was willing to play a man-bunned dad who finally learns to embrace sugar and the love of spontaneous musical numbers through Jesse's mentoring.

See, Jesse is a great dad after all. No matter how old he or his kids are. And, Stamos clearly is as well, since it seems like he prioritized time with his newborn son over appearing in a ton of Fuller House episodes. It's hard not to respect that, especially as a fan of a show about the importance of family.