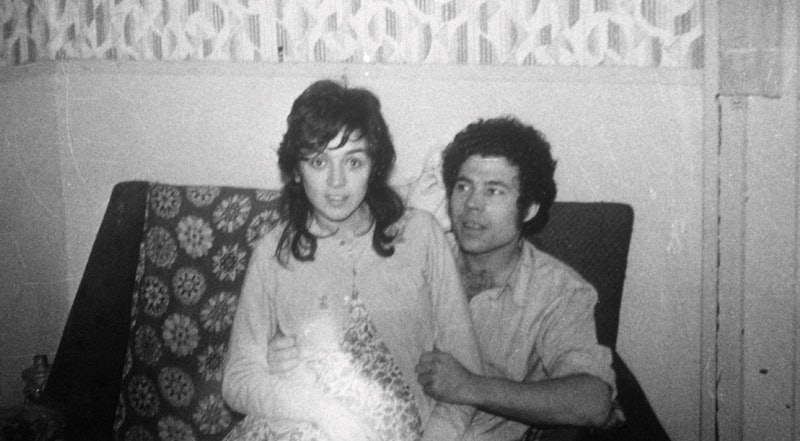 Podcasts are a daily part of most people's lives. There's nothing like turning on a perfect piece of audio tailored to your interests or hobbies. And those interested in true crime are especially well catered for when it comes to this medium. Now, the new British true crime podcast, Unheard: The Fred & Rose West Tapes is proving that this kind of quality content is here to stay.

The new series is narrated by Howard Sounes, who, according to his agency Curtis Brown, was the "first to break the story" about Fred and Rose West. He has subsequently become a bestselling author, and is inextricably tied to the West family and their dreadful deeds.

The brutally murdered and dismembered body of Heather West, daughter of the pair, was found under the couple's patio at 25 Cromwell Street in a quiet part of Gloucester in 1994. This discovery led to police finding multiple other bodies, 12 in total, all women and girls. 25 Cromwell Street became known as the "House of Horrors," owing to the brutality of their crimes. Crimes even more shocking because, to the outside world, the Wests seemed like an ordinary hard-working family.

During this time, Sounes painstakingly and pedantically took cassette tape recordings of what what happening, including interviews with people close to the pair, as well as those who were lucky enough to escape their murderous grasp. In this 12-part series, Sounes takes listeners through the recordings, which have been remastered and digitally enhanced for the first time.

As a press release for the podcast explains:

"The recordings include interviews with close family members of Fred and Rose West, friends and lodgers at 25 Cromwell Street, those who knew their victims, and those lucky women who only just managed to escape."

Not only do the tapes give insight into the murderers, their victims, and the world that surrounded them, but it's also an inside look at how a crime writer carved out his path in the journalism industry. Using his acumen to investigate one of history's most infamous murderous couples. The press release continues:

"Howard's tapes also give unprecedented insight into how a writer investigated and wrote the definitive account of one of the biggest crime stories of the twentieth century, the cold calls, the door-knocks, the breakthroughs and setbacks, and the moral dilemmas of getting an exclusive."

Speaking about the podcast, Sounes has promised that the victims will be a central focus in this podcast. Which is a very important, considering that true can sometimes forget about the victims of these heinous crimes.

Unheard: The Fred & Rose West Tapes will be available on Apple Podcasts from Sept. 10 2019.

More like this
Chloe Pirrie Is Ready To Take The Next Step
By Sam Ramsden
'The Capture' Is Finally Back – & S2 Looks Tense AF
By Sophie McEvoy and El Hunt
Gassed Up Promises All Things Action, Risk, & Redemption
By Frances Stewart
The Lionesses Are Calling For Equal Access To Football In Schools
By Sophie McEvoy
Get The Very Best Of Bustle/UK