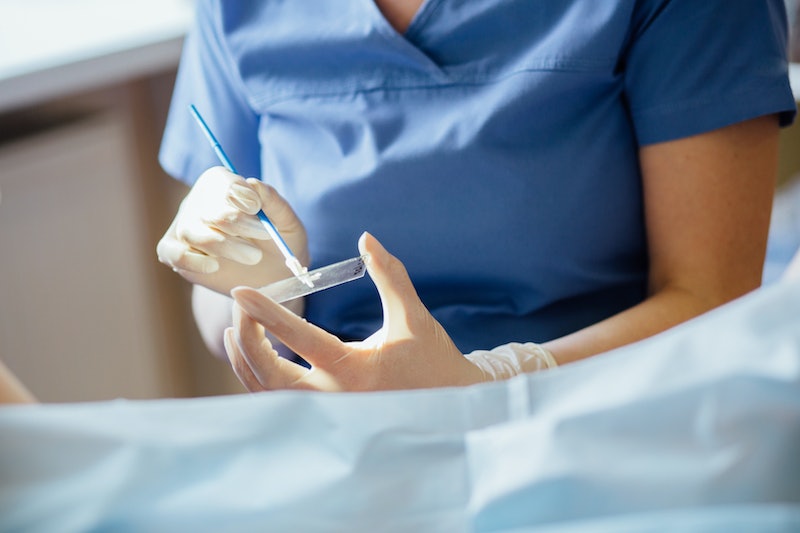 You might not need a pap test this year, thanks to updated cervical cancer screening guidelines, the American Association for the Advancement of Science reports. The United States Preventive Services Task Force (USPSTF), an independent panel of experts in primary care and prevention, has published updates to its 2012 recommendations on cervical cancer screenings in the Journal of the American Medical Association (JAMA). This update offers an alternative to the Pap test to check for cervical cancer, which can help people make more informed choices about their healthcare.

According to NPR, people with uteruses who are ages 30 to 65 can now decide how often they want to get tested for cervical cancer depending on which test they choose. If they choose a Pap smear, they need to get tested every three years, but if they choose a test for the human papillomavirus or HPV, the virus that causes almost all cervical cancers, they need to get tested every five years, NPR reports. Women can choose to be screened with the HPV test alone, or in combination with a Pap test. The recommended guidelines for people ages 21 to 29, which is to get screened with a Pap smear every three years, is the same.

The Pap smear has long been considered one of the most effective ways to screen for cervical cancer by detecting abnormal cells on the cervix that could lead to cancer, the Chicago Tribune reports. According to the Centers for Disease Control (CDC), cervical cancer used to be the leading cause of cancer death in people with uteruses, but the number of cervical cancer deaths have decreased significantly over the last 40 years in the U.S. due to more people getting preventive Pap screenings. But despite updates to Pap test recommendations, doctors have been slow to update their practices. In 2009, the New York Times reported on a study that showed many doctors were performing unnecessary Pap tests, inconsistent with guidelines issued by major medical organizations. In 2013, the CDC issued a report that showed an estimated 22 million people who had hysterectomies self-reported that they underwent unnecessary Pap smears.

The new HPV test is FDA-approved and detects 14 strains of the HPV virus, which accounts for 70 percent of all cervical cancers, reports NPR. However, NPR reports, a positive HPV test doesn’t mean a person will develop cancer: HPV is extremely common, and most infections clear up on their own. That’s why USPSTF is recommending co-testing with the Pap smear.

This means it’s vital for you to understand the guidelines so you can talk to your doctor about the screenings you want for your body. So let’s recap what the actual guidelines are:

Prevention is still key to ensuring you don’t develop cervical cancer. The best thing you can do for your health is arm yourself with information so you can talk to your doctor about your options.