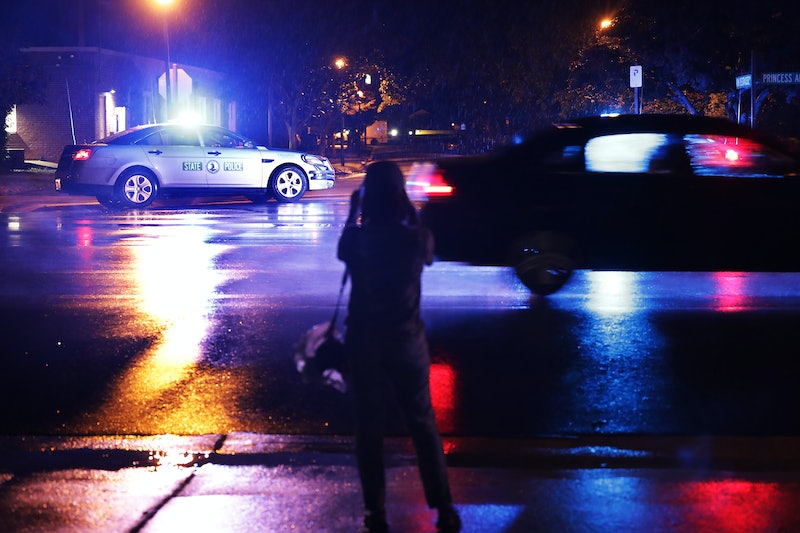 A gunman opened fire in a government building in Virginia Beach, Virginia, on Friday killing at least 12 people and injuring four others in what is believed to have been the deadliest mass shooting to occur in the United States since November. As investigators piece together what happened, updates on the Virginia Beach shooting continue to roll in.

According to CBS News, at least four people have been hospitalized for injuries sustained in Friday's shooting, three of whom are reported to be in critical condition. Authorities told the news outlet that officers had responded to reports of an active shooter situation at the Virginia Beach Municipal Center around 4 p.m. local time. Responding officers then engaged in a "long-term gun battle" with the suspect, who, according to both CBS News and CNN died in the gunfight.

Speaking to reporters at a press conference, Virginia Beach Police Chief James A. Cervera described the crime scene as "horrific," The New York Times reported. "There is no way to describe an incident such as this," Cervera said, per NPR. "No chief of police anywhere in the country, no mayor, no city manager ... ever wants to get up and give information such as this."

The victims have been identified as Laquita C. Brown, Tara Welch Gallagher, Mary Louise Gayle, Alexander Mikhail Gusev, Katherine A. Nixon, Richard H. Nettleton, Christopher Kelly Rapp, Ryan Keith Cox, Joshua A. Hardy, Michelle "Missy" Langer, Robert Williams, and Herbert Snelling, a contractor in the building to file a permit with the city at the time of the shooting.

"They leave a void that we will never be able to fill," City Manager Dave Hansen said of the victims, per NPR. "I have worked with most of them for many years," Hansen said (via CNN). "Today we all grieve."

"Today is Virginia Beach's darkest hour," Dyer said in a press conference held shortly after the shooting on Friday, per The Washington Post. "[A] senseless crime happened and imposed tremendous grief upon the people of Virginia Beach, the Commonwealth and this country."