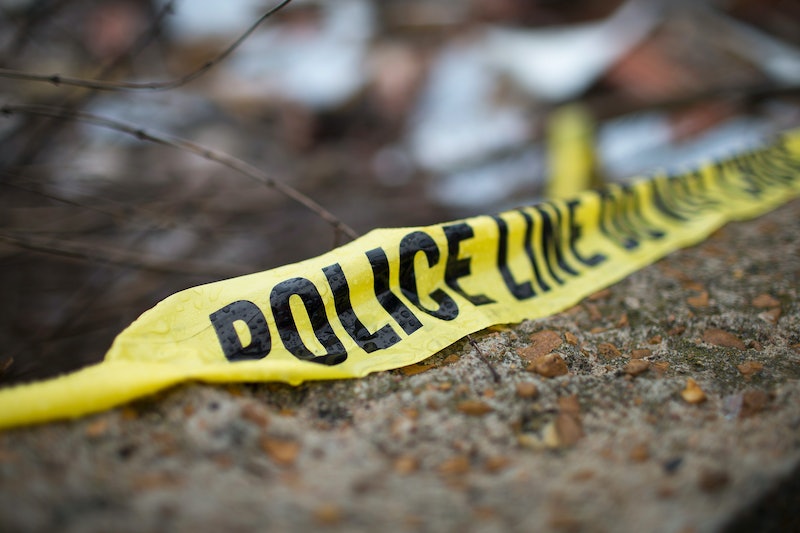 Authorities responded Wednesday afternoon to reports of a shooting at Marjory Stoneman Douglas High School in Parkland, Florida. Updates to the Parkland, Florida shooting are continuing to trickle in by the minute. Florida Sen. Bill Nelson said that there are "a number of fatalities," and the Broward County Sheriff's Office said that a suspect had been taken into custody.

This article contains information about gun violence, which some may find triggering.

UPDATE: The Broward County Sheriff's Office has confirmed that at least 17 people were killed in the shooting.

EARLIER: Officers were seen handling a person in handcuffs near the school shortly before 4:00pm, roughly an hour and a half after the shooting was first reported. Soon afterward, the sheriff's office confirmed that deputies had taken the suspected shooter into custody, and according to the Sun-Sentinel, he was seen being wheeled into Broward Health North hospital at around 4:47pm.

Citing two law enforcement officers at the scene, ABC News reports that at least 15 people were killed in the shooting. At a press conference earlier in the day, Broward County Sheriff Scott Israel confirmed that "multiple" people were killed and at least 14 people had been transferred to local hospitals. He did not offer further details. Earlier, the Margate Fire Department told CBS Miami that between 20 and 50 people may have been injured in the attack, and Margate-Coconut Creek Fire Rescue Chief Dan Booker told the Los Angeles Times that there were "possibly more than 20 patients" being treated for injuries.

Officials have not publicly identified the suspect who's been taken into custody. However, Israel said that the suspect is a former student at the school, and the Miami Herald reported that he might have been identified as a threat in the past.

“We were told last year that he wasn’t allowed on campus with a backpack on him,” Marjory Stoneman Douglas High math teacher Jim Gard told the Herald. “There were problems with him last year threatening students, and I guess he was asked to leave campus.”

However, superintendent Robert Runcie told reporters that “we received no warnings” about the student in question.

“Potentially there could have been signs out there," Runcie said. "But we didn't have any warning or phone calls or threats that were made.”

Israel said at his press conference that "from what I understand, there was a time when [the suspect] did attend the school."

"I don't know why he left, I don't know when he left," Israel added, although he confirmed that the suspect had indeed left the school and is not currently a student there.

CBS News reports that the suspect is believe to have pulled the fire alarm before open firing. A student told WSVN that there had been a legitimate fire drill earlier in the day, and some students initially assumed that the second incident was another drill. According to the Broward School District, the nature of the incident became clear when, at around 2:40pm, students and staff heard gunfire. Israel confirmed to reporters that the suspect had fired shots both inside and outside the school itself before being apprehended.

Law enforcement and an eyewitness told ABC News that the suspect was able to slip out of the school after the shooting by blending in with the other students, although he was ultimately apprehended. However, authorities still considered the school active even after the suspected shooter was taken into custody, Local 10 reports, as SWAT teams swept the building to ensure there were no additional threats.

In addition to local police, agents from the FBI and the Bureau of Alcohol, Tobacco and Firearms were on the scene in the aftermath of the attack, CBS News reports. The shooter's motives remain unclear.