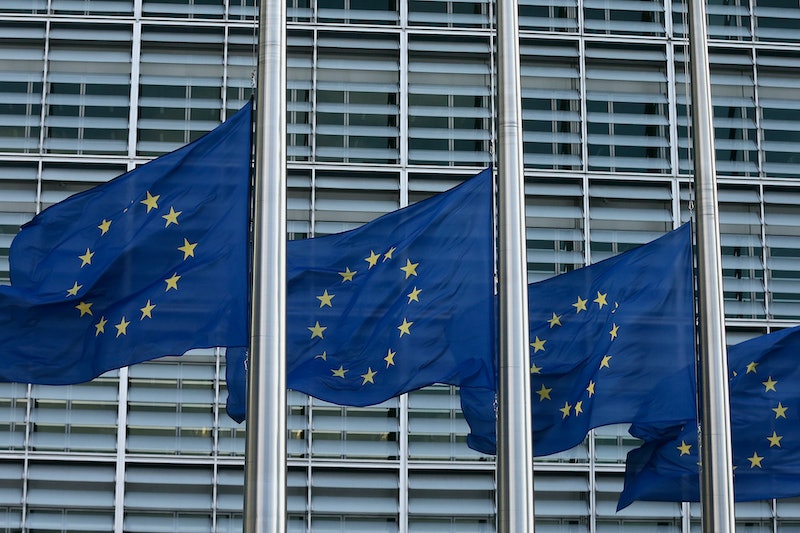 Saving for a visit to the' Eiffel Tower in Paris or the Colosseum in Rome? If you're a U.S. passport holder, you'll soon be required to jump through a few additional hoops in order to travel across the pond. Starting in 2021, U.S. citizens traveling to the European Union will need to obtain travel authorization and pay a small fee via an online registration system prior to their travel. But the EU's new travel requirements aren't strictly limited to U.S. passport holders, they'll impact all nationals from countries currently able to enter the EU visa free.

According to a factsheet from the European Commission, nationals from any of the countries currently able to travel visa-free to the EU will, beginning in early 2021, need to use the European Travel Information and Authorization System (ETIAS) to complete an online application and pay a fee of 7 Euros. Fees will only be payable by credit and debit cards, according to The Hill.

But prospective EU travelers shouldn't consider the new requirements to be barriers. In fact, the European Commission has said applications should take no more than 10 minutes to fill in and require nothing more than a passport or other equivalent document. What's more, the commission claims "the vast majority of applications" — which they further define to be more than 95 percent of applicants — will be "given automated approval" within minutes of providing payment. ETIAS authorizations will be valid for a unlimited number of entries into EU member states within a period of three years, according to the European Commission.

"The ETIAS travel authorization will be a necessary and small procedural step for all visa-exempt travelers, which will allow them to avoid bureaucracy and delays when presenting themselves at the borders," the European Union said in its factsheet.

ETIAS was first proposed in November 2016 as a means of strengthening security checks on travelers able to enter the European Union without visas. A final agreement on the proposed ETIAS system was reached by European Parliament last year, CNN has reported. At the time, EU Commissioner for Migration, Home Affairs, and Citizenship Dimitris Avramopoulos hailed the proposed system as one that will ensure the EU no longer has "an information gap" on visa-free travelers. "Anyone who poses a migratory or security risk will be identified before they even travel to EU borders, while the travel of bona fide travelers will be facilitated," he said in a statement.

According to The Washington Post, ETIAS has reportedly been designed to function similarly to the Electronic System for Travel Authorization, which the United States uses to screen travelers from countries participating in the Visa Waiver Program.