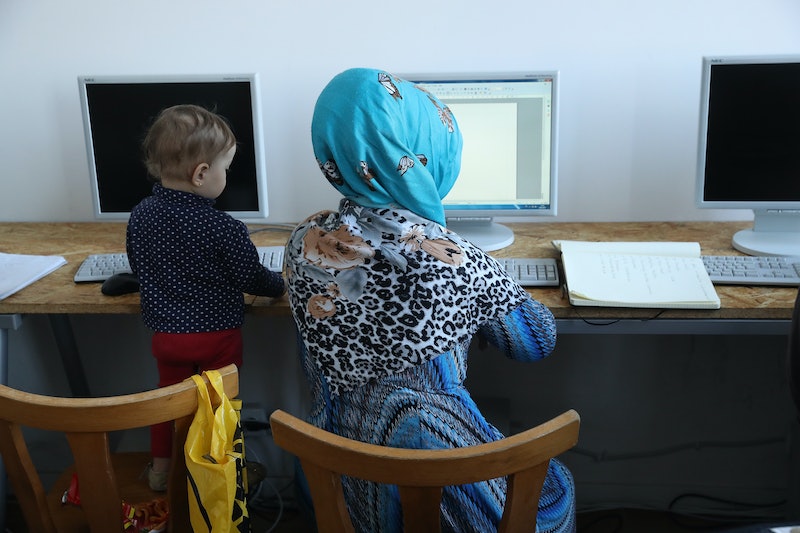 On Monday, an announcement from the United States Department of State revealed that U.S. refugee admissions in 2019 will drop to an all-time low. Next year, the Trump administration plans to cap the number of refugees the United States will accept at 30,000. This drastically reduces the size of the refugee program that was designed to assist individuals seeking to come to the United States to escape violence in other countries.

The new cap on refugee admissions was announced by Secretary of State Mike Pompeo on Monday. The announcement means that the number of refugees the United States will accept next year is the lowest it has been since the country began capping refugee admissions in 1980, as CNN reported. In 2018, the Trump administration also established another record-low ceiling of 45,000 refugee admissions.

Some will characterize the refugee ceiling as the full barometer of America’s commitment to vulnerable people around the world. ... This would be wrong. ... This year’s refugee ceiling reflects the substantial increase in the number of individuals seeking asylum in our country, leading to a massive backlog of outstanding asylum cases and greater public expense.

However, The New York Times reported that Pompeo's assertions about asylum numbers may not line up with those recently reported by the Department of Homeland Security. In his speech, Pompeo indicated that the number of people seeking asylum in the United States is 800,000. However, as the paper noted, in June the Department of Homeland Security reported that around 320,000 people had claimed asylum. The paper also stated that refugees and asylum seekers are typically not linked, as they represent two different types of immigrant groups. Moreover, CNN reported that there are two separate funding streams for each type of immigration and that refugee and asylum cases are processed by two different agencies.

Immigration activists decried the drastic reduction in American refugee admissions, particularly in light of the ongoing refugee crisis around the world. Forcible displacement of people has been at a record high for the past few years, with the UN Refugee Agency reporting that, at the end of 2017, 68.5 million people were displaced — with 16.2 million displaced in 2017 alone.

As USA Today reported, immigration and human rights organizations have indicated that they believe the low refugee ceiling does not fall in line with American values. As Jennifer Quigley of Human Rights First told the paper:

Our nation was founded on the backs of refugees, and our country has been enriched by these brave individuals who come here to rebuild their lives in safety. ... By setting the lowest refugee cap in history, we have turned our backs not only on those in dire circumstances abroad, but on our own American ideals.

It's clear that the new cap on refugee admissions reflects a sharp deviation from the policies of past U.S. presidential administrations — one which, as The New York Times reported, appears to fall in line with the Trump administration's apparent efforts to decrease immigration to the United States.