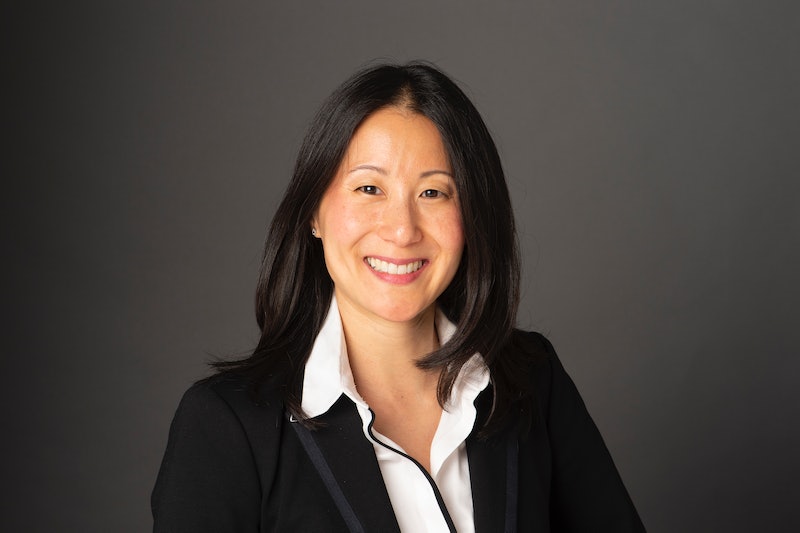 Courtesy of USA Gymnastics
By Alicia Menendez
May 3, 2019

In February, USA Gymnastics (USAG), the national governing body for the sport, named Li Li Leung its president and CEO. USAG had struggled to sustain consistent leadership for more than two years, as it came under fire for its handling of the sexual abuse case against former team doctor Larry Nassar, and for fostering what many in the sport allege is a culture of abuse that goes far beyond one perpetrator. In 2017, Steve Penny resigned as head of USAG, and was later arrested for tampering with evidence connected to the Nassar case. Leung’s appointment made her the third person to lead the organization since Penny's departure.

A former National Basketball Association executive, Leung takes the reigns of USAG at a tumultuous time. In response to a wave of lawsuits related to the Nassar case, the organization has filed for bankruptcy. The United States Olympic Committee (USOC) has moved to decertify USAG as the sport’s governing body, although that action has been stayed in light of the bankruptcy filing. Just this week, USAG named a new director of sports medicine, Edward Nyman, who it parted ways with one day later over unspecified “conflicts of interest.” The appointment had been met with so much social media backlash that USAG released a statement clarifying that “the decision to terminate Dr. Nyman’s employment was not based on any comments made on social media platforms or anywhere else.” USAG then released an another statement adding that the decision to terminate wasn’t based on Nyman’s gender or education, either.

Bustle’s Alicia Menendez spoke with Leung earlier this week about what it will take to make gymnastics safer, her organization’s relationship to the USOC, and whether she’s spoken with survivors about what they want to see from USAG.

Alicia Menendez: You've been on a listening tour. What have you heard that has most surprised you?

Li Li Leung: I've met and spoken with about 150-plus stakeholders in the sport. So that consists of current and former gymnasts and their parents, club owners, coaches, judges, administrators, pretty much everyone in the community and even beyond. I've spoken to a lot of folks, and I've also met with both critics and supporters alike. I feel it's really important to hear from people who have different perspectives, because I firmly believe that the more perspective we have as an organization, the better decisions we make on behalf of the community.

What I've heard from them is they are very appreciative in terms of the outreach. Historically, they haven't had connections with someone in my position before. They are appreciative that they can have an open dialogue with me. I think they understand the challenges that we have ahead. They understand that it will take time to create the changes that we need to create from a cultural perspective. There is an overall sense of hope. They also understand that we're all in it together. I've said it before and I'll say it again, it is not a one-person job. It will take a village to make the changes that we need to make and it will take the support of the community to get behind it, as well, in order for all of us to be successful.

AM: When you talk about critics and supporters, among those critics, what are their greatest areas of concern?

LL: They address the cultural issues with the sport, with me. That is what they've mainly been saying, especially at the elite level. As gymnasts progress, in terms of moving up the ranks of competitions, the culture can change and the environment can become much more strict. They want to ensure that we're focused on toughness rather than the punishment side of things.

AM: You were a young gymnast yourself, competing at an extremely high level. You've spoken about how grueling the sport can be. What supports do you wish you had when you were competing?

LL: I actually consider myself one of the lucky ones, even though my gymnastics career was grueling to some extent. At the peak of my career, I was training 35 hours a week, so it was basically a full-time job. My family picked up and moved so my sister and I could train twice a day. We would go to school, we would show up late, and then leave early. When I say I was lucky, I had a very positive coach who did stress emotional, mental, and physical toughness versus punishment. I still made decisions that probably weren't the best decisions as a gymnast, in terms of competing through injuries. The tools I wish I had when I was a gymnast include being aware of what was right and wrong in those environments — to be able to say, OK, I need to stop now. If I go beyond this point, then I will be pushing myself beyond the point of injury and not be able to come back.

AM: How do you codify those changes within an organization, so that people know where the boundary is?

LL: This is a very difficult balance. I believe this will be one of our greatest challenges as an organization. We plan to, from an athlete safety perspective, roll out educational programming. Athletes will have specific programming. Coaches will have specific programming. Club owners, as well as parents, will all have tailored programming. I don't believe you can have a cookie-cutter approach to all that. Each of those different stakeholders needs to understand different things, so the content that we put before them needs to be relevant. I believe a programming piece is where we need to start for prevention around athletes being put in dangerous situations.

AM: In light of the Larry Nassar scandal, what has USAG fumbled on that it has made a point to improve on under your leadership?

LL: I think we need to listen to the community. I think we need to have open dialogue and open communication with them. Like I said, it's about hearing all the different perspectives. I want to hear from people who have not had a positive experience before, because that will help us make things better going forward. I've also said that I want to sit down with the survivors, to sit around the table with them and to hear from them. I would love for them to be a part of the solution, to help us determine what are the next best steps going forward.

LL: From an organization standpoint, we haven’t had formal communication directly with the survivors. It has been through their counsel. I had a meeting with a survivor committee counsel very early on in my time here. It was the first time that USA Gymnastics had direct communication with survivors’ counsel.

In that meeting, I stressed that I want to hear from survivors. I want to have a dialogue with them. I want to embrace them. I want to hear their voices and, again, I want to be a part of the solution process. Now, I have had outreach from a few survivors, and their outreach has expressed hope with my appointment. They hope that we can help them with the healing process by providing them resolution with the outstanding lawsuits.

AM: Beyond dialogue and outreach, are there actions that they want to see you take to ensure that this doesn't happen again?

AM: How is the organization determining where it fell short in preventing sex abuse?

LL: [Regarding] Larry, that was before my tenure here. I don't know exactly what the organization did, but what I can say is that we are putting a lot of emphasis on the Deborah Daniels report [an independent review commissioned by USAG and conducted by a former federal child sexual abuse prosecutor] and the recommendations that came out of that. We are looking forward at paving the way to implement her recommendations in the report.

AM: Have you implemented any of those recommendations yet?

LL: We have implemented or are in the process of implementing 86% of her recommendations. In a few weeks time, what you'll see is we will roll out a newly revamped and revised space for athletes’ safety policies and procedures.

AM: What work still needs to be done internally for USAG to get to a place where the USOC is comfortable with it continuing to control the sport?

LL: I have been in close contact with the USOC, and we look forward to demonstrating to them the necessary steps in order to retain our certification as a national governing body. Some of the things that we need to work on are having stability at the leadership level. We have a new board chair, Kathryn Carson, and she's a fantastic board chair. Obviously, the USAG has hired me. Then we need to look at bringing in a leadership team that supports me and supports the rest of the organization.

Obviously, athletes’ safety is another one. I believe as we roll out these new policies and start implementing more of the recommendations in the Deborah Daniels report that will address some of the athletes’ safety issues. The educational programming that we plan to roll out as will further educate the community in terms of prevention of athlete abuse. In addition to that, we need to look at the longer-term commercial viability of the organization. I believe if we put our house back in order, and we build a foundation around leadership and athletes’ safety, then we will have longer-term commercial viability and be able to demonstrate to the USOC that we should retain our certification.

AM: At this juncture, how does USAG continue growing and bringing in new gymnasts?

LL: We continue to operate at a very high level, where we still have thousands of events going on on an annual basis. We have over 160,000 athlete members, we have over 209,000 total members, and our membership keeps on growing year on year. I believe that to be a good bellwether of the health of the sport, as well. We need to grow the sport continually at a grassroots level, and again, it's all disciplined, so it's men's, it's women's, it's rhythmic, it's acro, it's T&T, [also known as] trampoline and tumbling. It is about growth across all of our disciplines, including the recreational level. We are a membership organization, and we exist to serve our members across all different levels of the sport, from those at a recreational level all the way up to the elite level.

AM: What is the one thing you want to accomplish while you're in this role?

AM: Anything else you want to add?

LL: We acknowledge that we have just begun this journey. This is a marathon and this is not a sprint. We understand that we have a big challenge ahead of us, and I think it would be unreasonable to expect that we'd be able to go from point A to point B in a straight line. There would be some bumps and bruises and there would be a curved path along the way. We remain encouraged, in terms of some of the building blocks that we have put in place, and we remain focused in terms of what we want to do as an organization, which is to make the sport of gymnastics better.

This interview has been lightly edited and condensed for clarity.

More like this
It’s Official: 'The Bachelorette' Is No Longer A Fairy Tale
By Samantha Allen
Jiu Jitsu Chap Kim Blake Is Pushing For More Women In The Sport
By Kathleen Ferraro
13 Photos Of Formula 1 Racers Charles Leclerc & Carlos Sainz That Will Drive You Crazy
By Radhika Menon
15 Stylish #Tenniscore Outfits To Rock On & Off The Court
By Dominique Norman
Get Even More From Bustle — Sign Up For The Newsletter