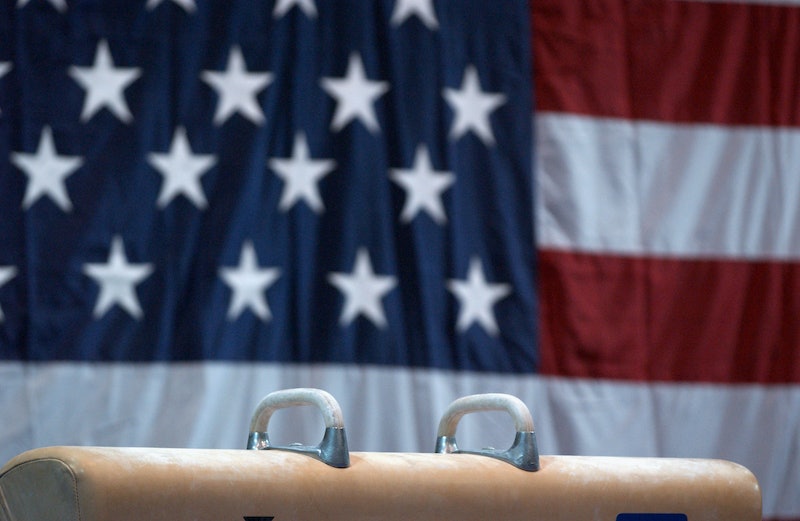 Just one day after his appointment was announced, USA Gymnastics' new sports medicine director is out at the organization, ESPN reports. USA Gymnastics announced Monday that Edward Nyman had been hired for the newly-created role; by Tuesday, the organization said Nyman wouldn't continue working for it, due to an unspecified "conflict of interest."

"Dr. Nyman's employment will not continue due to a conflict of interest, and we will immediately renew our search to identify a qualified individual to lead our sports medicine and research efforts," USA Gymnastics said in a brief statement.

The decision comes as the organization continues to grapple with the fallout from the Larry Nassar scandal. Nassar, Team USA's former doctor, pled guilty in 2017 to molestation charges and is currently serving an effective life sentence. Attorney John Manly, who represents over 200 women who've accused Nassar of sexually abusing them, said on Twitter that his clients objected strongly to Nyman's appointment.

"Competing elite gymnasts are stakeholders," Manly tweeted. "A number of them were abused by Larry Nassar. None of them were consulted about this pick. None of my clients abused by Nassar want anything to do with male physicians. Typical." Bustle has reached out to USA Gymnastics for comment.

In a statement to ESPN, USA Gymnastics said that its decision to remove Nyman "was not based on any comments made on social media platforms or anywhere else."

"In accordance with our employment policies, we cannot comment further on this personnel matter," the organization added.

In addition to filing for bankruptcy in December, USA Gymnastics has gone through no fewer than four presidents in the past two years. Former CEO Steve Penny resigned in 2017 and has since been indicted on witness tampering charges in connection with the Nassar case; a representative for Penny denied the allegations, telling NBC News in October that Penny "did not intend to discourage any athlete from speaking with any law enforcement agency."

Penny was replaced by Kerry Perry; however, she lasted for less than a year in the position, the Indy Star reported. Former U.S. Rep. Mary Bono then stepped into the role, but resigned four days into the job after being criticized for an anti-Nike post she'd made on Twitter.

USA Gymnastics' current president is Li Li Leung, herself a former gymnast. However, she was criticized earlier in the month for comments she made about Nassar in a Today Show interview, CNN reports.

"I was seen by Larry Nassar myself, but I was not abused by him, and the reason why I wasn't abused by him is because my coach was by my side when he saw me," Leung said. "I was seen by him in a public setting and so I understand what the setting needs to be like in order to ensure safety for our athletes."

Several athletes who survived Nassar's abuse, however, testified in court that Nassar sexually assaulted them while an adult was in the room. In a subsequent tweet, Leung said that she "understand[s] how my comment seems insensitive to the survivors and their families, and I apologize."

It's unclear who will take on the position of USA Gymnastics' sports medicine director in light of Nyman's departure.