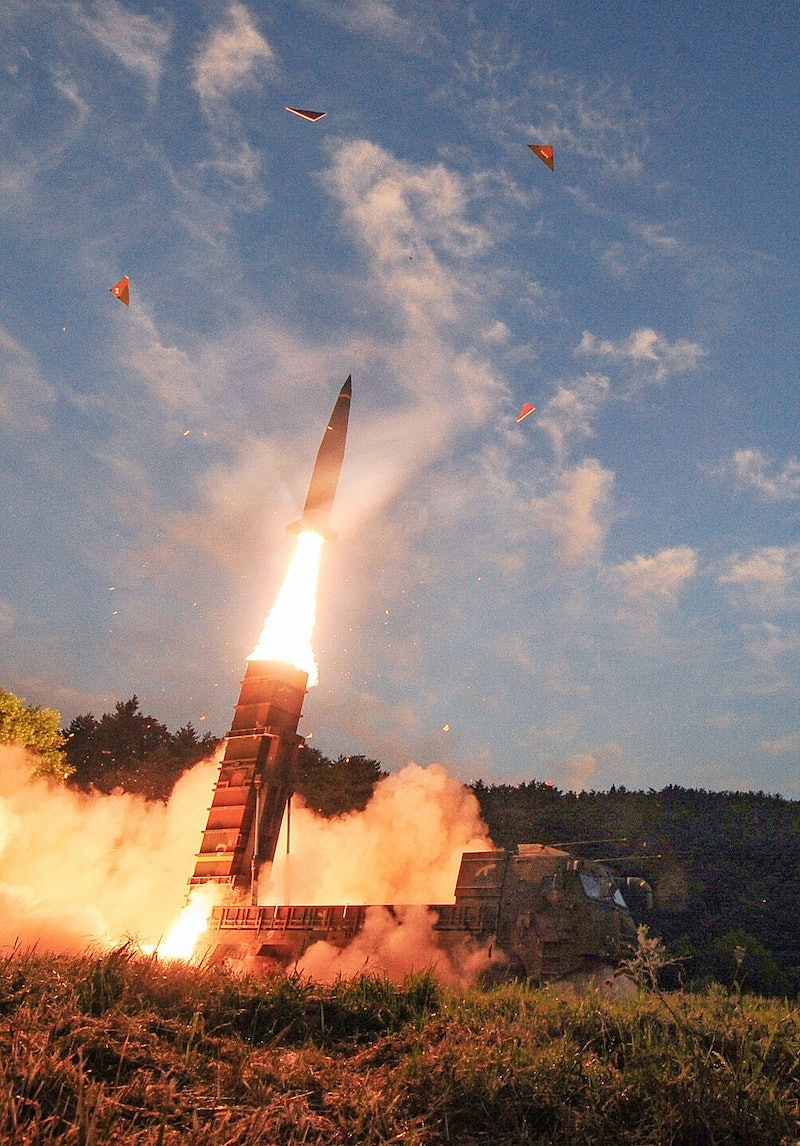 The Department of Defense has drafted the beginnings of an updated nuclear strategy, and while it is similar to the Obama administration's guidelines in many ways, there are also several notable differences. One that stands out is language suggesting that a serious cyberattack could provoke a nuclear response from the U.S., which is a departure from anything laid out by the Defense Department previously.

While the current draft of the document does not explicitly say that large-scale cyberattacks could be a cause for the U.S. to retaliate with nuclear weapons, the New York Times reported that multiple senior government officials confirmed that the option is not off the table. Previously, there were only very few sorts of attacks that could prompt a nuclear response, including biological attacks on the American continent. Now, the language is being expanded to include any significant attack on American infrastructure — which could easily include an attack using cyberweapons.

The White House is currently reviewing the draft, which is called the Nuclear Posture Review. The suggested updates to the nuclear policy, the draft says, have come in response to "a realistic assessment of the threats we face today and the uncertainties regarding the future security environment."

The full draft of the Nuclear Posture Review, which the Huffington Post published last week, does make reference to the U.S.'s continuing dedication to pursuing nuclear disarmament, but many observers have noted that overall, the review is more hawkish than those produced by previous presidents. In addition to including debilitating cyberattacks in the group of provocations that could lead to a nuclear response, it also calls for the development of more nuclear weapons that are smaller than the ones in the current arsenal.

The argument for expanding the U.S.'s "low-yield" nuclear capabilities is that it would increase the arsenal's capability to deter attacks. As it stands right now, proponents of this suggestion say, having only "high-yield" weapons essentially signals to potential foes that those weapons will not be used even in response to a deadly attack. In this view, the power of the high-yield weapons would effectively deter American officials from using them, even in dire circumstances. The low-yield weapons would act as a sort of stepping stone between the traditional weapons and the high-yield nuclear weapons, which this draft argues would then function more effectively as a deterrent against attacks of any kind.

The opposite argument, however, states that increasing the U.S.'s nuclear capabilities, especially in a way that makes officials more willing to deploy the weapons, is more likely to lead to nuclear war.

“Making the case that we need more low-yield options is making the case that this president needs more nuclear capabilities at his disposal,” said Alexandra Bell, senior policy director at the Center for Arms Control and Non-Proliferation and former State Department senior advisor, speaking with the Huffington Post. "Regardless of the fact that we have 4,000 nuclear weapons in our active stockpile, which is more than enough to destroy the world many times over. So I don’t think it makes a convincing case that we somehow lack capabilities."

"By their own argument, they’re concerned that somehow the other side thinks that our current stockpile is getting in the way of our willingness to use nuclear weapons," said Anthony Wier, an expert on nuclear weapons policy at the Quaker lobbying group, Friends Committee on National Legislation, in another interview with the Huffington Post. "Outside of the drafters of this posture review, I can hardly think of any Americans who would have woken up this morning worrying that Donald Trump was not willing enough to use nuclear weapons.”

As the review has not been finalized, the White House has yet to comment on it publicly. Once administration officials have finished going over it, the public can expect to see the final draft published in the next several weeks.