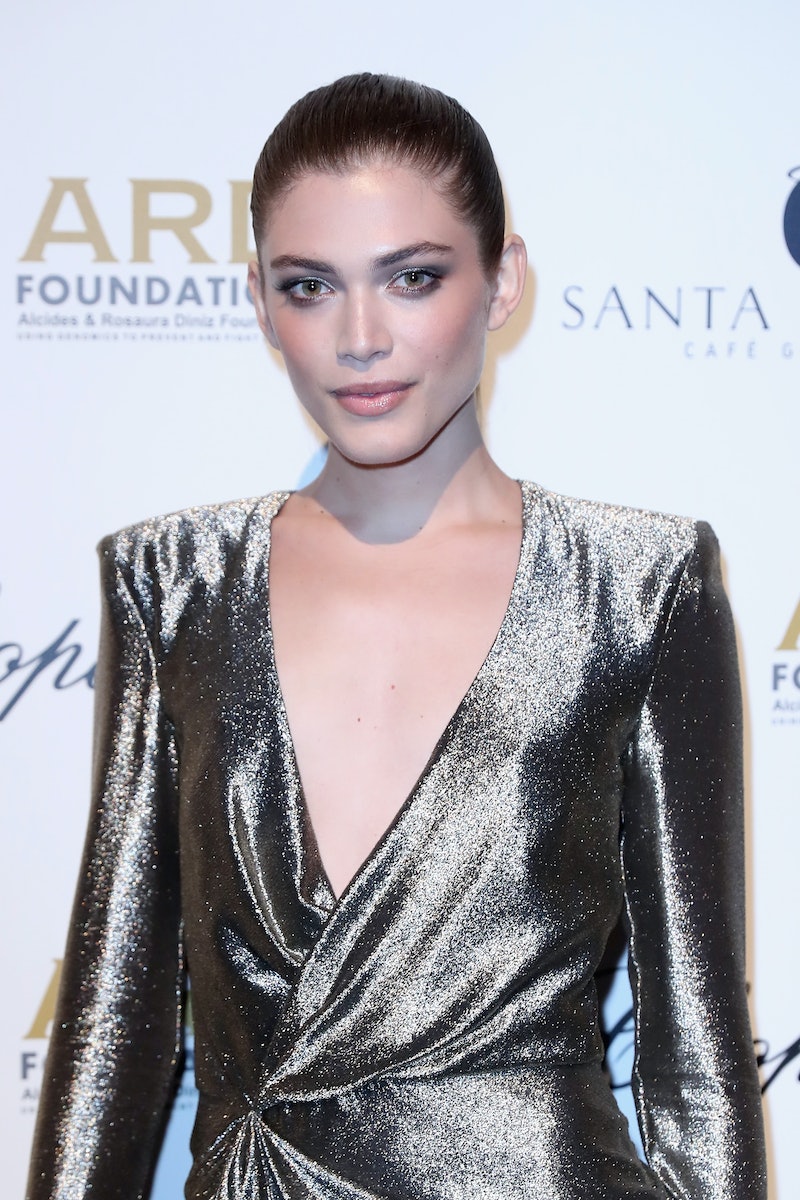 Sampaio has an impressive resume as a spokesperson for L'Oréal and as the first out transgender woman to be featured on the cover of a Vogue publication. The model appeared on the March 2017 issue of Vogue Paris, with the issue's main story covering "Transgender beauty: How it’s shaking up the world." Sampaio went on to be on the covers of both Vogue Brazil and Vogue Germany that same year.

Prior to those accomplishments, Sampaio appeared on the Nov. 2016 cover of ELLE Brazil, a publication that was ahead of the curve with its trans inclusivity. In 2011, ELLE Brazil featured transgender model Lea T on its December cover.

Sampaio broke the news on Aug. 1 on her Instagram, posting a photo of her backstage during a Victoria's Secret campaign. In the photo, Sampaio is in a robe and sitting in a makeup chair. In the caption, Sampaio wrote, "Backstage click," and tagged Victoria's Secret PINK. On Aug. 2, Sampaio shared a short video during the same shoot, giving followers a closer look at her makeup. The caption read, "Never stop dreaming genteee." Some of the hashtags used were "vspink," "campaign," and "diversity."

According to CNN, Sampaio's agent, Erio Zanon, has confirmed that Sampaio was hired by the lingerie brand to be part of a campaign for the PINK line, which will be released in the middle of August. Bustle has reached out to the brand and Sampaio's reps for comment.

Razek later apologized for his comments, and his official statement was posted on Victoria's Secret's Twitter account: "My remark regarding the inclusion of transgender models in the Victoria's Secret Fashion Show came across as insensitive," Razek wrote. "I apologize. To be clear, we absolutely would cast a transgender model for the show. We've had transgender models come to castings...and like many others, they didn't make it...But it was never about gender. I admire and respect their journey to embrace who they really are."