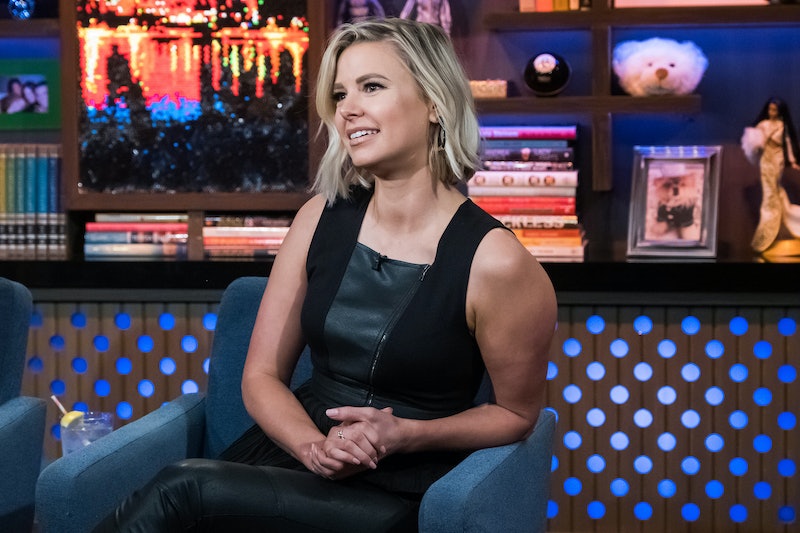 One Bravo star went through a scary skin cancer crisis in 2018, and now, she's ready to talk about it. On Nov. 4, 2019, Vanderpump Rules star Ariana Madix opened up about her melanoma scare and shared an important lesson with fans. Ariana posted a video on Instagram that shows her about to go into surgery to remove the serious skin cancer off her body, filmed by none other than longtime boyfriend and fellow VPR star Tom Sandoval.

In her new post, the reality star told fans that she was not able to celebrate Halloween in 2018 because she had just undergone surgery for melanoma. "Being told that cancer was living rent free on my body for years was scarier than any '80s slasher movie," she remarked in her Instagram caption. She said she was initially hesitant to post about the ordeal, calling it "officially the spookiest thing I’ve ever experienced!," but decided this was something she wanted to share.

The video, which shows Ariana being wheeled into surgery, shows just how scary the ordeal must have been, but luckily she had a few people around (and some music) to get her through the scary situation. "Thankfully, i had an amazing doctor, the amazing @tomsandoval1 to take care of me, and (as you can see) the @kimpetras #TOTL album to keep me positive!" Ariana ended her post with an urgent warning for fans to keep track of their health. "Moral of the story: If you’re unsure of something on your body, GET CHECKED and then GET CHECKED AGAIN!," she stated.

The star previously informed fans on New Year's Eve that she had to get skin cancer removed from her body, but refrained from going into detail, assuring fans that she was "in the clear now!" in an Instagram post. "I had to have a lil bit o’cancer removed from my body and lymph nodes biopsied," she said at the time.

She later shared a bit more about her health scare in January, after Ariana posted a photo of her at the iHeartRadio Alter Ego concert where her post-surgery scar was visible. Her Instagram followers flooded the comments section with questions and wrong assumptions about what caused the scar, which she quickly corrected. “It’s a large removal of skin from October,” Madix wrote, as reported by PEOPLE. "Luckily, it should heal vertically, but it’s about 4 inches long."

Although melanoma is not as common as other skin cancers, it's more dangerous due to its ability to rapidly spread to other areas of the body, and it's even considered to be "the most serious type of skin cancer" by the Mayo Clinic. Therefore, it's best if fans follow advice Ariana left in the comments section. “When you raise concerns with a doctor, be persistent,” she said at the time. “They told me I was fine for years.”

Ariana has not opened up about her melanoma experience on-screen, but that could very well change during the next season of Vanderpump Rules, which currently does not have a scheduled premiere date.

More like this
Rachel Fuda Gave Birth Just Weeks Before 'RHONJ' Season 13
By Brad Witter
All The Clues About Aly & Zach’s Relationship Status After 'The Bachelor'
By Brad Witter
Zach Explained Why He Had To Send Bailey Home Early On 'The Bachelor'
By Brad Witter
Erika Jayne's Estranged Husband Tom Girardi Has Been Indicted On Fraud Charges
By Jake Viswanath
Get Even More From Bustle — Sign Up For The Newsletter
From hair trends to relationship advice, our daily newsletter has everything you need to sound like a person who’s on TikTok, even if you aren’t.