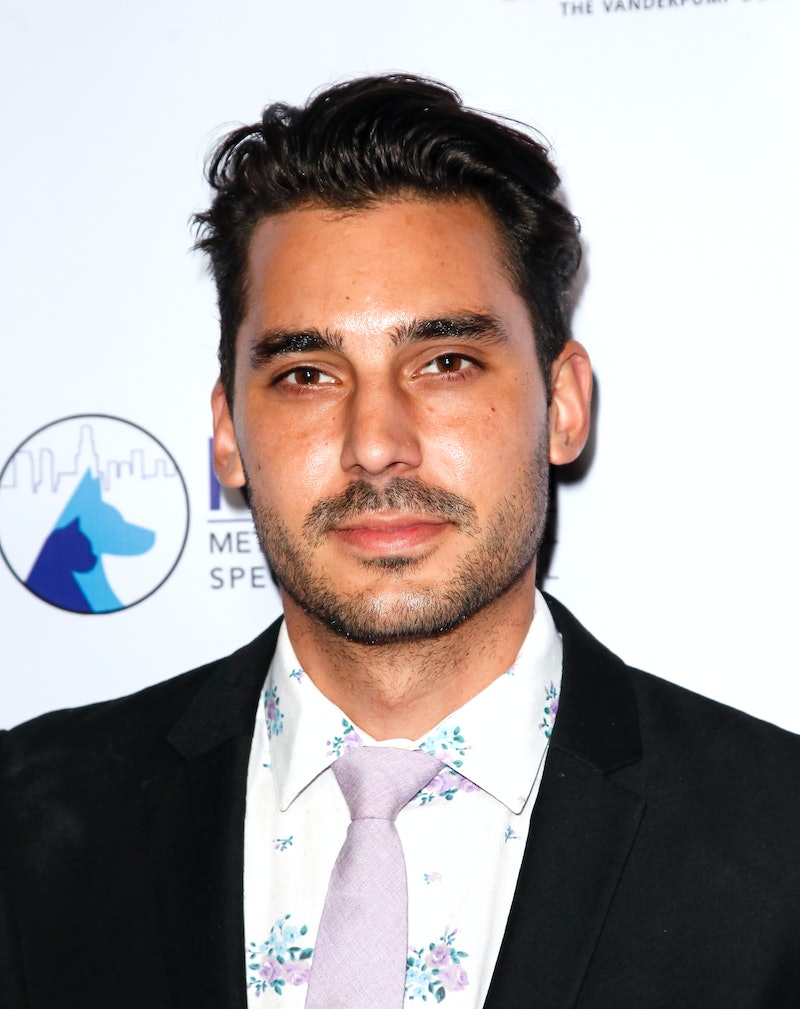 One of the new SUR employees has been embroiled in an online controversy after being slammed for hateful comments made on social media. Vanderpump Rules star Max Boyens' past racist tweets came to light on Thursday, Jan. 16, revealing that he used extremely racist and homophobic language on Twitter as far back as 2012. Bustle reached out to Bravo for comment.

Boyens works as the general manager of TomTom, a restaurant co-owned by Lisa Vanderpump and two of the show's stars, Tom Sandoval and Tom Schwartz. He joined the VPR cast in 2020 for the show's eighth season. After social media followers discovered his comments, Boyens put his Twitter profile on private, meaning that the tweets are not currently accessible. However, screenshots shared by PEOPLE show that Boyens has a history of using the n-word frequently and made several derogatory remarks about the Black and Asian communities.

In a statement obtained by Bustle, Boyans admitted that the tweets were authentic and apologized for his use of the hurtful slurs. "I want to sincerely apologize for what I tweeted in 2012 — it was wrong on every level," he said. "It is not a representation of who I am. I am shocked I ever tweeted that —and I am disgusted and embarrassed — I am truly sorry."

“It upsets me that the word n— is not allowed to be said unless you are black because quite honestly it’s my favorite word,” he tweeted in 2012, according to the outlet. In another tweet, he reportedly wrote, “Something about Asians that just makes me want to punch them in the suck hole." Boyens also was guilty of invoking homophobic terms, calling Justin Bieber "queer" in another racist tweet. "When is Justin Bieber going to realize that saying n— and cussing and having big booty bitches in his songs is the cool thing to do #queer,” he wrote, per People.

Shortly after Boyens' tweets were discovered, another new cast member was accused of making similarly derogatory remarks online. According to Entertainment Tonight, Brett Caprioni, a new server at SUR, received backlash for apparent racist tweets of his own. He reportedly has a history of using the N-word as far back as 2011, as seen in a screenshot of his alleged tweets posted on Instagram. Bustle reached out to Bravo, but did not receive an immediate response. Caprioni apologized in a . statement to E! News, saying, "I want to express my deepest apologies for the insensitive, ignorant, and hurtful comments I made. I am incredibly ashamed and accepted full responsibility, and acknowledge that this language was as unacceptable then as it is now." He continued, Please know that I have learned and grown since then and would never use this language today. rom the bottom of my heart, I am truly sorry."

There's no word on how, or even if, these incidents will affect Boyens' or Caprioni's employment at their respective establishments, or their statuses as cast members on VPR. But given that the season has already stopped shooting and started airing, it's not likely that any immediate changes will be made. However, it's very possible that they'll both get confronted with their actions at the Season 8 reunion, and deservedly so.

This article has been updated with a statement from Caprioni.