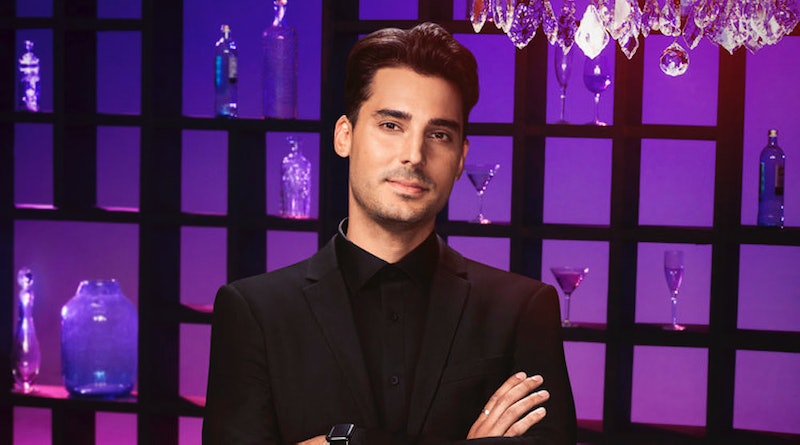 You can learn a lot about new Vanderpump Rules star Max Boyens from his Instagram. Like any archetypal L.A. bro, he loves California. He loves surfing. He even put the shaka emoji next to his name. He also loves working at TomTom, where per his LinkedIn, he's been the general manager since it first opened in 2018.

Fortunately, the feeling is mutual. Tom Schwartz — one half of TomTom — recently praised Max's work as GM of the restaurant/bar. "The reason TomTom runs so smoothly is because we’ve hired the best staff on the planet," Schwartz said in a Vanderpump sneak peek. "And then there's Max. He's the glue that holds it all together."

At least, up until now. Though Max has so far been able to follow his number one rule of not dating an employee, according to his Bravo bio, that may all change now that SUR waitress Dayna Kathan has joined the team. (Although technically, TomTom and SUR are different restaurants, so he's kinda sorta still following his rule.)

He hasn't yet posted any Insta photos that hint at where their relationship stands now (Dayna's bio teases a brewing love triangle between her, Max, and new SUR bartender Brett), but here's what you can glean from Max's feed:

OK, but name someone in California who's not.

Max may be an L.A. guy now, but he hails from a little further down the coast.

He Was Once In Real Estate

This was back in 2013 when he apparently still went by Maximillian. This job isn't listed on his LinkedIn, but he did write that he went to Allied Real Estate School in 2018. Perhaps he was going to refocus on real estate as a career path right before he landed the TomTom job in late August?

He Has Some Epic Tattoos, Like This Star Wars One

Max would like you to know that he's a "true" Star Wars fan and has not jumped on any bandwagons.

And This Shark One

Nothing says "I love you, mom" like a hammerhead shark.

Here they are taking shots at TomTom.

He Helped Start A Cocktail Brand

Max's Instagram bio says he's now a consultant and mixologist for Una Más Cocktails, which is a fitting side hustle for a TomTom employee.

He Loves His Co-Workers

"Happy one year anniversary to my amazing staff @tomtom!!" he wrote in the caption of the above photo from August 2019. "I might be grumpy at work 76 percent of the time, but you guys being happy makes me happy. Thanks again team!!!"

We'll see how that holds up after being thrust into the center of the Vanderpump Rules drama.