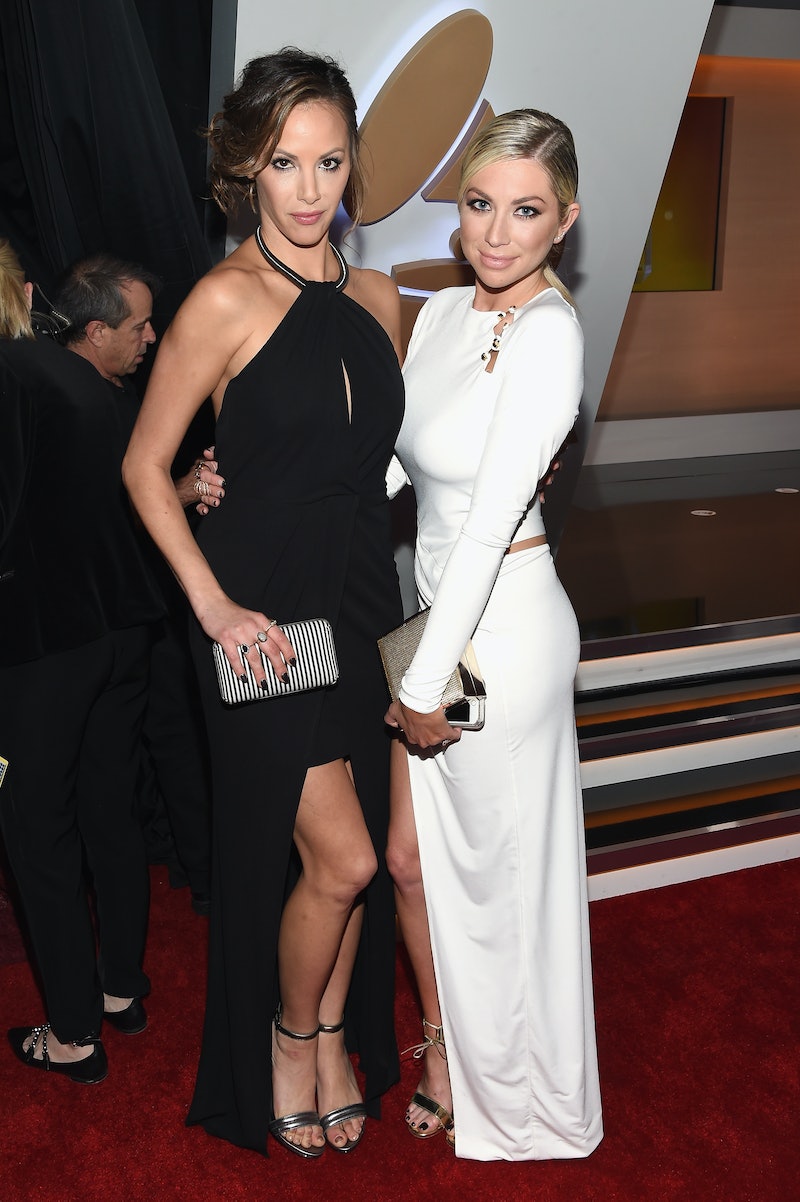 The days of being silent are long gone, and, after new allegations of harassment, Vanderpump Rules stars Stassi Schroeder and Kristen Doute have apologized to their former co-star, Faith Stowers. Both reality stars posted statements on social media over the weekend, apologizing for their racially motivated behavior and insensitive remarks. Their posts were in response to the accusation that Stassi and Kristen called the cops on Faith and attempted to have her arrested, seemingly willfully pretending she was a Black female suspected in robberies.

This all started when, during an Instagram Live with MTV star Candace Renee Rice on June 2, Faith opened up about being the only Black person on Pump Rules, without mentioning the show by name, and recalled when Stassi and Kristen called the cops on her. "There was this article where there was an African-American lady," she explained. "It was a weird photo, so she looked very light-skinned and had these different, weird tattoos. I guess this woman was robbing people, the woman was at large... and they called the cops and said it was me. I heard this from actually Stassi during an interview."

The interview in question has reportedly since been deleted, but in April of 2018, Kristen tweeted an article about the woman in question, insinuating that it was Faith to her followers. On Instagram Live, Faith said that she believed Stassi and Kristen were angry with her at the time after Jax Taylor cheated on his then-girlfriend Brittany Cartwright with her. "I felt like after their friend did something that we both were involved in that he's done like, a thousand times, they wanted to attack me instead of him... calling me names, saying my hair was nappy, which is weird coming out of their mouths," Faith claimed.

On Sunday, June 7, Stassi addressed Faith, taking to Instagram to share her apology, and saying that it was "important to take accountability" for her racially insensitive words and actions. She then specifically apologized to Faith. "My emotions over something that happened between our friends outweighed my logic, and there is no excuse for that," she wrote. "I did not recognize then the serious ramifications that could have transpired because of my actions. What I did to Faith was wrong. I apologize and I do not expect forgiveness."

Kristen also posted a statement to Instagram, claiming that her actions "were not racially driven," but still directly apologizing to Faith. "I am now completely aware of how my privilege blinded me from the reality of law enforcement's treatment of the black community, and how dangerous my actions would have been to her," she said. "It never was my intention to add to the injustice and imbalance. I'm ashamed, embarrassed, and incredibly sorry."

Stassi and Kristen both promised to "do better" in the wake of Faith's allegations. And while both posted black squares and shared resources on Instagram in support of Black Lives Matter prior to their apologies, it remains to be seen what positive actions will be taken by them or by Pump Rules in the future.