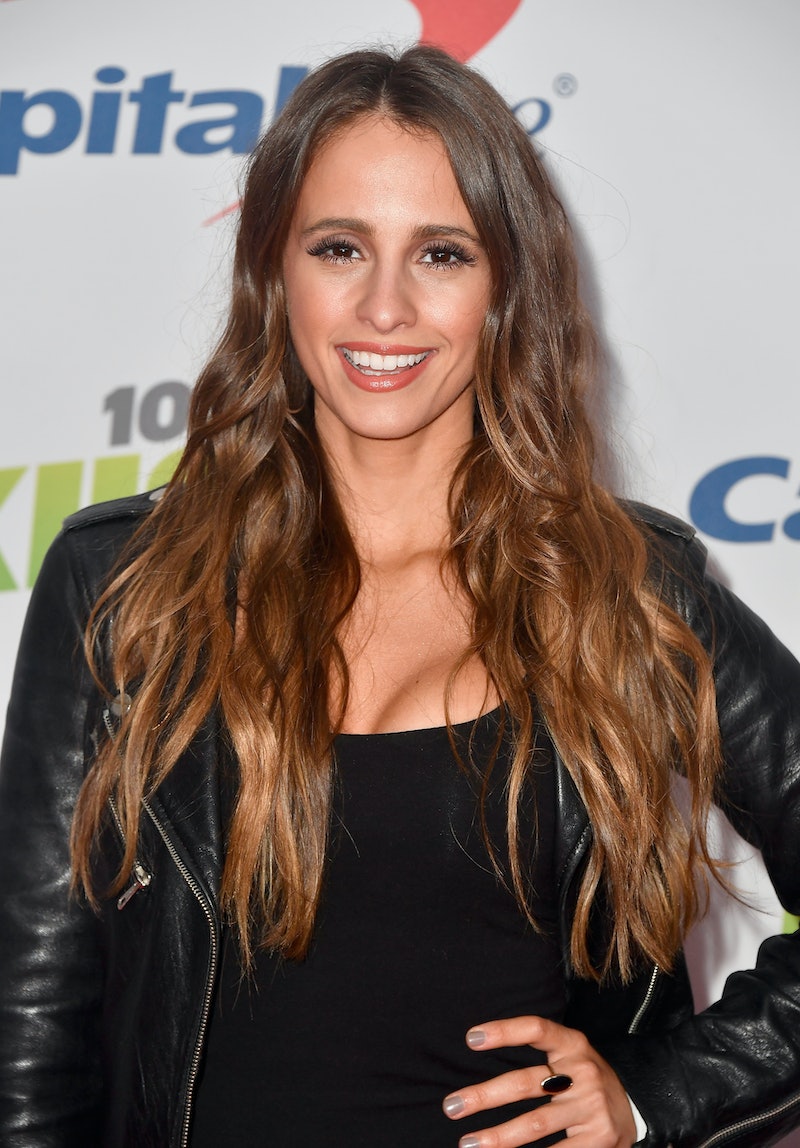 Bachelor Nation got to know Vanessa Grimaldi when she appeared on Season 21 of the series. She received Nick Viall's final rose and an engagement ring that Bachelor season, but sadly their relationship did not work out. Don't cry on her behalf, though. Vanessa confirmed she's dating someone new to Us Weekly.

In a Jan. 18 interview, Vanessa told Us Weekly, "I am dating someone." She did not say much more, but she did remark that she thinks the relationship is "very exciting." Vanessa doesn't mention her new boyfriend by name in any quotes, but the publication reported that the lucky guy is Josh Wolfe. Not only is he a fellow Canadian, but he also works at the Centre for Israel and Jewish Affairs in Quebec.

During the April 24, 2018 episode of the Help! I Suck At Dating With Dean, Vanessa, & Jared podcast, Vanessa made a major announcement about her love life, echoing her recent Us Weekly comments. She told co-hosts Dean Unglert and Jared Haibon, "I am dating someone right now."

In all honesty, Vanessa didn't narrow down the list too much with her revelations. However, she confirmed that he's Canadian and that they met through a friend. Vanessa also pointed out, "He's not related to the Bachelor world at all." (Well, technically he is now!)

When asked by Jared if he was in the entertainment industry at all, Vanessa answered, "No, not at all." Even though she didn't give away anything super specific about her new guy, she did outline exactly what she's been looking for in a man. She explained,

She pointed out that even though she wanted those things, people she had been dating didn't check off every box on that list. But apparently her new beau does have all of those qualities, because later in the podcast, Vanessa admitted, "I do not know where this is going to lead, but I appreciate all of his qualities."

She even said, "I feel like I'm a much better person when I'm with him. I'm just very lighthearted and I'm focused on all the right things." So, is she saying that she's here for the right reasons? Pretty much.

Before this announcement, Vanessa was linked to a hockey player named Brendan Gallagher in December 2017. At the time, the Bachelor alum told Us Weekly, "Those reports are false." In November 2018, fans hoped that Vanessa was dating The Bachelorette's Peter Kraus. This stems from a photo he posted with Vanessa and fellow Bachelor alum Taylor Nolan after some painting.

As of this moment, Vannessa has not officially confirmed her boyfriend's identity. Nevertheless, she does host a podcast about her love life and fans do know her from a reality TV show about dating. So if anyone is going to open up about a relationship, it's Vanessa. Just give her some time. Soon enough, we will all know if the Canadian outside of Bachelor Nation, who has all of those great qualities, is actually Josh Wolfe or someone else entirely.