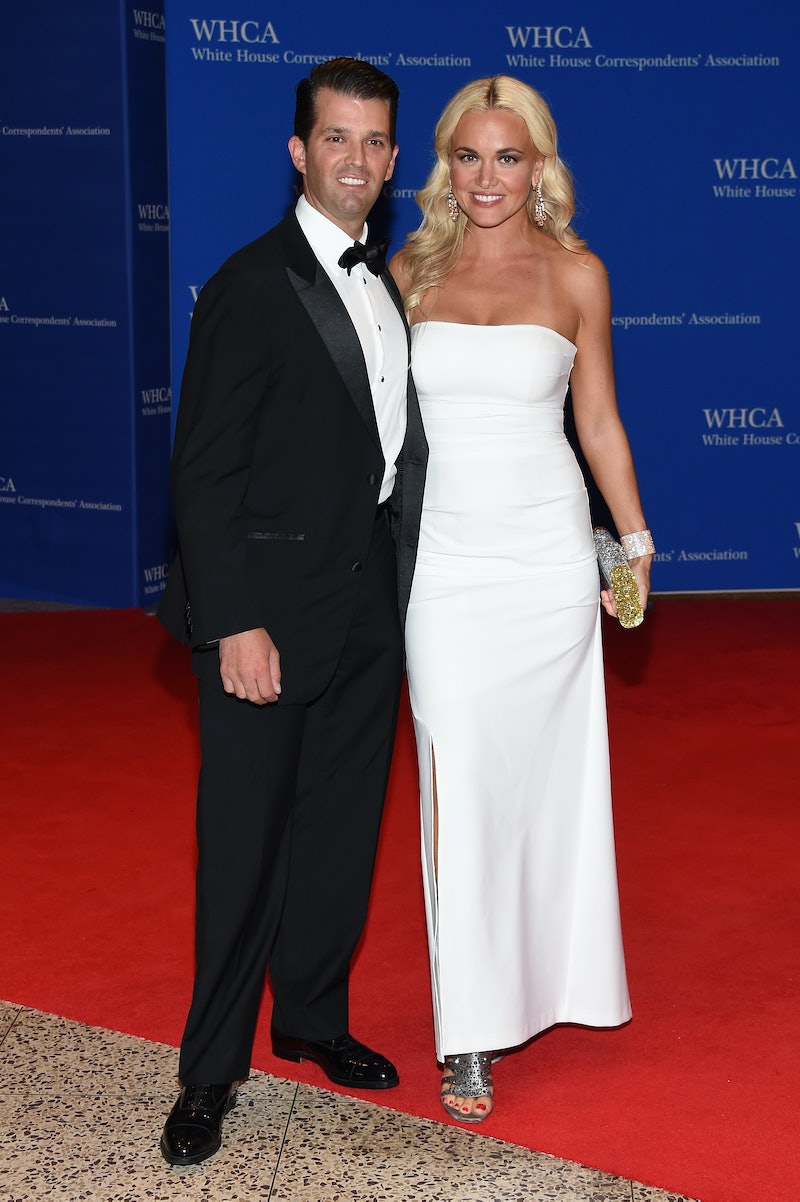 President Trump's daughter-in-law, Vanessa Trump, was taken to the hospital on Monday afternoon after receiving a suspicious letter that contained an unidentified substance, NBC News reports. The trip to the hospital just was a precaution, according to the news outlet, as no injuries have been reported yet.

Vanessa, the wife of Donald Jr., opened the letter at the couple's Manhattan home around 10 a.m., according to a WABC report. The police and Secret Service are now investigating the unidentified white powder, but NYPD spokesman Peter Donald told WABC the substance was "deemed to be non-hazardous" and is being taken to a New York City lab for further analysis. The Secret Service told CBS News it is "investigating a suspicious package addressed to one of our protectees received today" and did not elaborate on the contents.

Two other people at the scene were also taken to New York Presbyterian-Weill Cornell Medical Center, but no reports indicate Donald Jr. was at the scene. Based on his Instagram account, he took a red-eye flight back to New York from Colorado last night.

"How disturbed must a person be to do what they did to a mother of five children?'' Michael Cohen, President Trump's personal attorney, said in a statement to NBC News. "This dangerous and reckless act goes beyond political differences."

The Trumps decided to stay in the Sovereign apartment building in Midtown Manhattan after Donald Jr.'s dad became president, as the eldest Trump son remained in New York to run the Trump Organization alongside his brother. The couple has five children ranging from 3 to 10 years old. Again, it's unclear who else was taken to the hospital, but most of the children were likely at school when their mom opened the suspicious letter on Monday.

Finding white powder in the mail first alerted the authorities in 2001 when five people died after encountering anthrax in anonymous letters sent to news agencies and a congressional office building. The investigation — code-named “Amerithrax” — became "one of the largest and most complex in the history of law enforcement," according to the FBI's website. The Amerithrax case was closed in 2010 after the FBI's main suspect killed himself before charges were brought against him.

Although the NYPD don't believe the white powder found in a letter sent to the Trumps was dangerous, a precautionary hospital visit isn't out of the ordinary for such a case.

Vanessa and Donald Jr. got married in 2005 at the Trumps' South Florida Mar-a-Lago estate. President Trump actually played a part in them meeting when he introduced them at a fashion show in New York, but they didn't begin dating until they were introduced for a third time by a mutual friend.

The former New York City model didn't seem to have any trouble fitting into the Trump family once she and Donald Jr. tied the knot. As The New York Times' Alex Williams wrote in 2006:

"As a newly minted Trump, Vanessa Haydon Trump seems born for the role. She grew up in a town house on the Upper East Side, has been modeling since childhood and is signed to Wilhelmina. Her mother, Bonnie Haydon, ran the Kay Models agency."

She was credited with bringing Donald Jr. back into the spotlight, as he was largely an unknown member of a famous family until they got more involved in the New York social scene as a couple. Now, Donald Jr. heads the family empire and doesn't miss an opportunity to come to his father's defense following national or international criticism.

The family hasn't yet commented on the suspicious letter sent to Vanessa and Donald Jr.'s apartment, but the authorities are still investigating the situation.