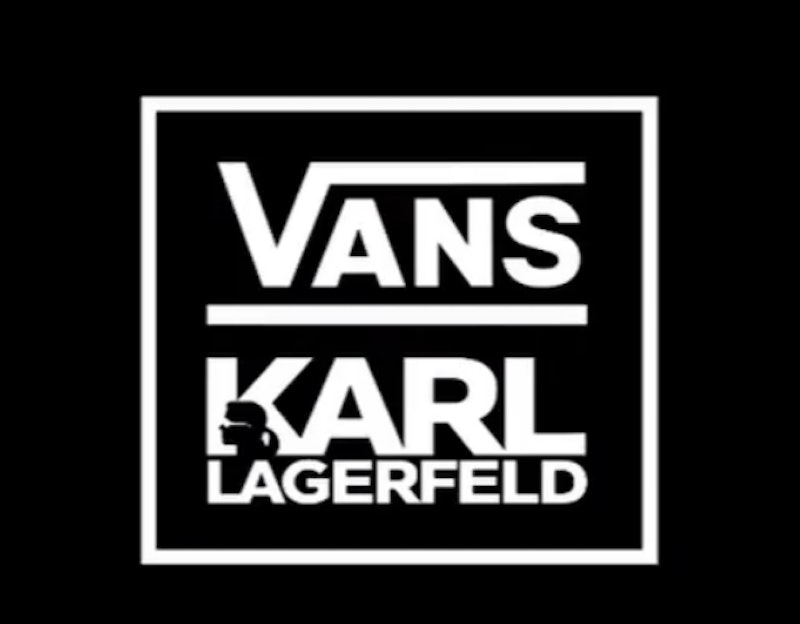 When the news of the Vans x Karl Lagerfeld first broke, fans had mixed feelings. No one knew exactly what to think about the design duo combo, especially with such distinct and somewhat conflicting styles. Now the first look at Vans x Karl Lagerfeld are here ... and fans are just as confused.

With launch day right around the corner on Sept. 7, here's everything you need to make up your mind about the line.

Just like you might have guessed, the Vans x Karl Lagerfeld collab is filled with six black and white styles — at least so far. Not all the items have been shown just yet. What you might not have expected are the materials used. According to Harper's Bazaar, the collection was inspired by Lagerfeld's "evolving design aesthetic with iconic elements from his timeless career."

Apparently, that means everything from leather to tweed. There's also styles featuring the iconic Vans print made out of black and white Lagerfeld logos.

All of the items will be available on Sept. 7 on the Vans and Karl Lagerfeld websites, and in select stores. Get those pretty pennies saved up, because everything costs between $30 to $300.

Here's a peek into the first few items in the collection.

No mistaking who inspired this shoe.

The rest of the collection fits in nicely, too.

Although the color scheme and general styles of the shoes are what fans expected, there are still plenty of mixed feelings about this collection.

Some people are into it.

Good luck deciding what side you're on.