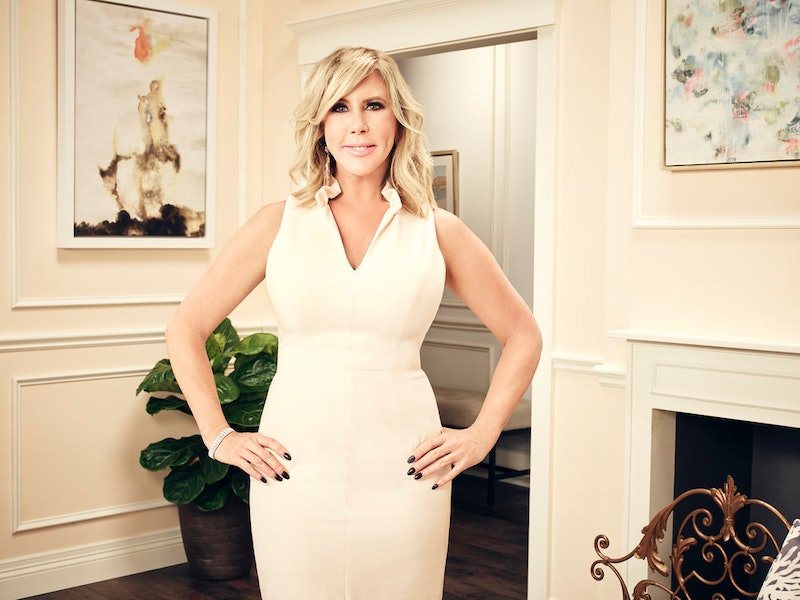 As the "OG of the OC," Vicki Gunvalson has always been very open about her love life. From her rocky relationship and eventual divorce from Donn Gunvalson to the Brooks Ayers saga, it would be a major understatement to say that Vicki has had a tough time time finding love on The Real Housewives Of Orange County. With that said, it would make sense to keep her current relationship with Steve Lodge away from the show, but, after the July 10 premiere, it looks like Vicki's boyfriend will be a part of RHOC in Season 12.

Vicki probably contemplated keeping her romance away from the cameras based on her previous relationship drama, but the reality is that reality TV is an essential part of Vicki's existence. She is the only original Housewife who remains on the show, and a big reason for her longevity is that she is transparent about her life. Say what you want about Vicki, but no one can deny that she always puts herself out there.

Plus it's a good look for Vicki to actually be dating someone who seems like a great guy. Even her daughter (and honorary Real Housewife) Briana Culberson and her sons approve of the relationship will be hanging out with him this season. Spending time with Vicki's grandsons is a pretty big deal (and getting their approval), so that makes it seem as though the couple is pretty serious. And yet another sign that Vicki and Steve are the real deal is Briana asking if they're going to get married in the season premiere. If Briana is on board with Vicki making a huge commitment, then the fandom could be as well.

It will be refreshing to see Vicki in a happy relationship this season instead of waiting around for her "love tank" to get filled by some guy who is just looking for reality TV exposure. After years of vicarious stress, the fans are finally done with the Brooks era. Thank you, Steve Lodge.