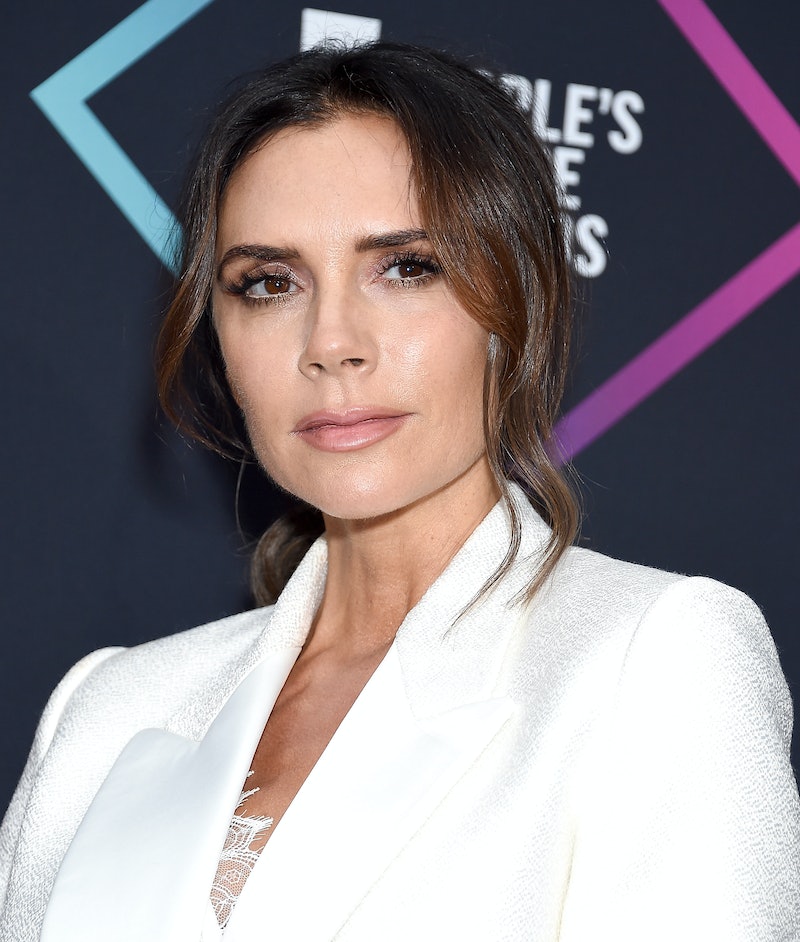 As excited as fans are for the upcoming Spice Girls reunion tour, they can't help but long for Posh Spice to rejoin the group. And even though she has already said she would not be a part of the upcoming reunion tour, everyone has the same question: Is there a chance that Victoria Beckham could join The Spice Girls on stage? Please, please, please! There would be no better way to spice up our lives than with a surprise Victoria Beckham appearance.

On Thursday, Jan. 24, during an episode of Good Morning America, Beckham declared, "I’ll always be a Spice Girl." So does this mean she will perform with the other ladies? Not, so fast. That declaration was not a hint about her return to the pop star life, sadly.

Speaking about her involvement — or non involvement — in the tour, Beckham said, "I can’t wait to take my kids and see it. But, you know, with my business now, I just wouldn’t be able to do it." But if she's already in the building, why not just hit the stage while she's there? At least for old time's sake!

Well, when asked if there was a chance she might pop up on the stage for a quick cameo, Beckham didn't actually say no. The fashion designer and mother of four said, "Well, I mean, I don’t know. Let’s see.” Maybe this means that there's a chance!? She doesn't even have to sing! She can just get up there and talk on the microphone or bop around to the beat for a few seconds.

Nevertheless, Beckham did not seem super interested in performing with the Spice Girls again, but this shouldn't surprise anyone at this point. She's never been enthused by the idea of the Spice Girls reunion.

There is at least some hope though. In a Jan. 19 interview with The Guardian, Beckham copped to having a little bit of FOMO about missing the Spice Girls tour. She confessed, "I'm sure when I'm there and they are on stage, there will be a part of me that feels a bit left out." Beckham added, "Because even after all this, a part of me will always be a Spice Girl." As promising as that is, in the same interview Beckham said "No. Definitely not," when she was asked if she would consider making an appearance on the tour. Ugh. Say it ain't so!

In fact, Beckham has ruled out the idea of going on tour many times over the years. In a February 2018 interview with British Vogue, the fashion designer brushed off the idea of a Spice Girls reunion. Again. She explained to the magazine, "It's not about touring, it's not about recording any more material, it's about protecting the legacy and thinking about what girl power looks like in the future." She even insisted, "It's really not about us five doing things." But, it is to the fans, though! More than anything the fans want to see the five of them doing things!

After years of adamantly rejecting the concept of a Spice Girls reunion, Beckham saying "I don’t know. Let’s see." is actually pretty promising for the fans. This is the most open that she has seemed in recent years, although, unfortunately, she still doesn't seem that into the idea. The fans can dream, right?