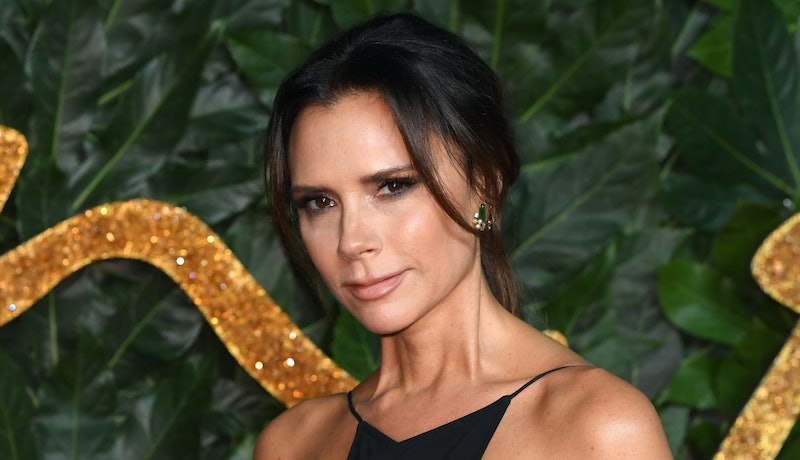 Last Tuesday (Nov. 19), Victoria Beckham launched her first skincare product from her beauty line. Since then, the fashion designer has been making her way around the American talk show circuit with two stops in Los Angeles, including one of the State's most popular daytime shows. On Monday (Nov. 25), Victoria Beckham appeared on Ellen to talk about all things beauty and family with a sprinkling of spice.

While her new moisturiser was the main topic of conversation, host Ellen DeGeneres and Beckham chatted about a whole host of things, including why she decided not to be part of the Spice Girls reunion tour and "her thoughts on her eldest son Brooklyn being named Sexiest 20-year-old in People magazine's 'Sexiest Man Alive' issue," as the Daily Mail writes.

The designer also took part in one of Ellen's most popular games, where the host asked her some Burning Questions, including the "strangest thing she's afraid of, the fashion trend she doesn't understand and her first celebrity crush," according to the Daily Mail.

And no Beckham interview would be complete without her leg pose, which she demonstrated with ease to DeGeneres and the audience. As the Daily Mail writes, Beckham debuted this pose on Instagram in March 2016 and has since gone on to post numerous snaps of the same pose in different situations. "It's amazing what you can do in culottes," she captioned the first post. "[T]hose ballet classes are paying off!"

Beckham also appeared on Jimmy Kimmel Live! last Wednesday (Nov. 20), where she gave the host some advice on his moisturising routine and revealed that she will be sending out her products to the rest of the Spice Girls once there's enough stock. "I've only just got mine, but I will send it to the Spice Girls."

The product Beckham's talking about is her Cell Rejuvenating Priming Moisturiser, which was made in collaboration with Augustinus Bader. "From Victoria's perspective, when we started talking about skincare, it was really the only option. She and I both had been using Augustinus Bader The Cream and The Rich Cream and she had said to me early on when we talked about the brand, 'when we launch skincare I just want to make sure that it's the most active thing out there'," Victoria Beckham Beauty co-founder Sarah Creal told Harper's Bazaar. Creal added:

"The beautiful thing about working with Victoria Beckham is that she can pick up the phone and call people, and they'll answer, so she called Professor Bader and that's how it all started."

Back to Kimmel, Beckham also talked about what it's like raising four kids, and how she and David tackle co-parenting when the other is working. "One of us is always there looking after the kids," Beckham said. "I've got so many kids, so many kids! I always say it's less about parenting, more about crowd control."