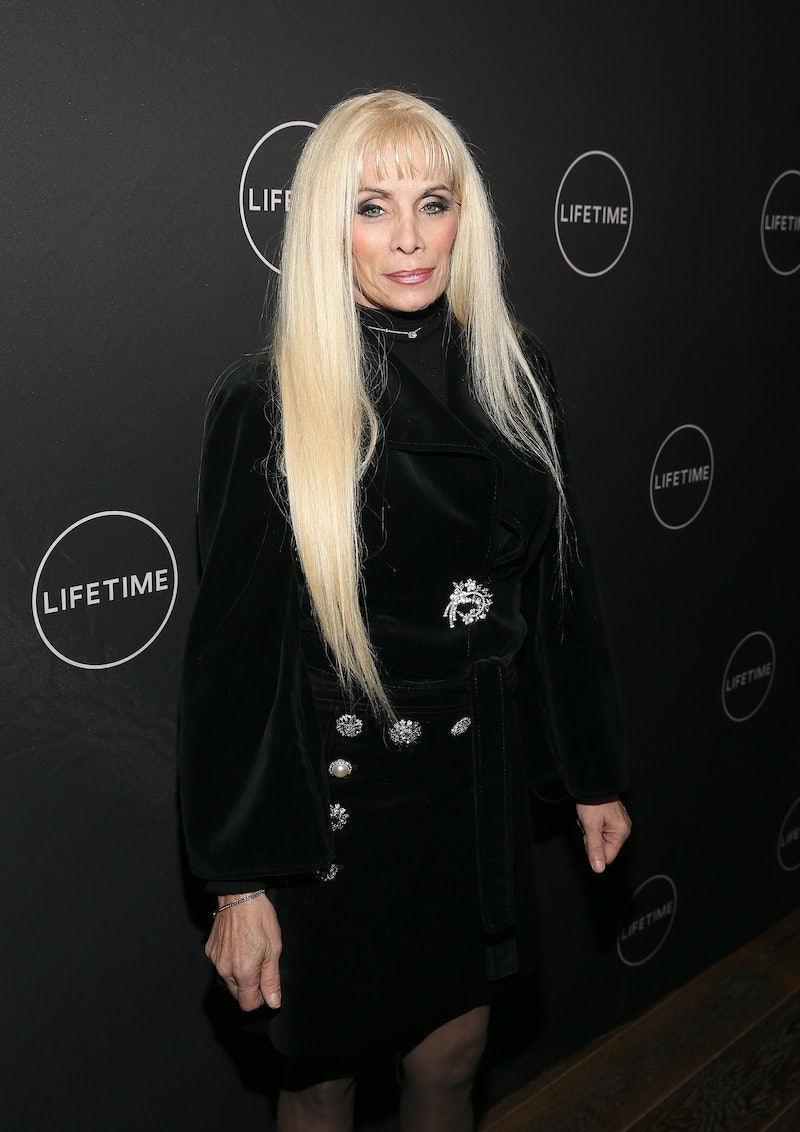 John Gotti has become a legend in American pop culture, culminating in the release of the blockbuster biopic Gotti in 2018. But his daughter Victoria Gotti wants to remind everyone that he, and her whole family, are defined by more than the stories other people tell about their life. "We're human. We were human," Victoria tells Bustle of her father and their family. Victoria attempts to show that humanity to the world in the Lifetime movie, Victoria Gotti: My Father's Daughter, which premieres on February 9th and is adapted from her memoir This Family Of Mine: What Is Was Like Growing Up Gotti. Victoria is a presence in the film herself, providing narration over recreations of some of the defining moments in her life. She also served as an executive producer on the project.

One thing Gotti was most interested in when writing her memoir, and later when bringing that memoir to the small screen, was to dispel the notions that her family lived like royalty. She says that someone once told her over dinner that they couldn't imagine her upbringing, likening it to the Godfather, and imagining her and her family "living behind the walls of this great vast estate." Gotti says she "just stood there looking at him." "My jaw dropped. I remember not even answering him," she says.

"I think that what people don't get is that this was not a fairy tale by any means."

Gotti's life is nothing like in the movies, even now that she's a successful author and producer. "The pipes froze, everything was frozen." she says of the state of her house the day we talk. "Everything froze. The toilet, the showers, the sinks, I was like 'How could this happen?" Between dealing with unfortunate plumbing and working with the scriptwriters for My Father's Daughter her life is much more normal than most people might think, and the movie reflects that.

The family scenes in My Father's Daughter don't take place in expansive mansions or massive estates, but in a modest middle-class household. A great deal of time is spent on the obstacles and tragedies of Victoria's life that don't line up with the sleek, sexy image of a life as the daughter of a crime boss.

Which is exactly how she wanted it. Although she's written numerous novels over the years, had her own column with the New York Post, and helmed her own reality show, people still don't know a lot about Gotti.

"It was Dad that everybody wanted to to read about and know and all that," Victoria said of writing the memoir that inspired the film. "I just didn't feel that I had accomplished enough in my life or was at a point in my life where I should have the right to write these memoirs." But after speaking to her mother and talking it through, she says, she decided it was time to tell the story from her side. Viewers see her as a child grappling with her father's long absences, the death of her brother, and a forbidden teenage romance that turns sour just hours after exchanging vows.

Gotti says writing her story was a "dramatic" process, and that sometimes she would walk away from it for days before sitting back down at the desk. Gotti continues, "I think that what people don't get is that this was not a fairy tale by any means."

While she may not have felt she had the right when the memoir was first written, My Father's Daughter proves that Victoria Gotti has come a long way from the young girl sneaking bites of lasagna in her mother's kitchen. And her own family just keeps growing. "Right now my greatest accomplishment to me is my three kids," she says, "God bless my grandson. Right now I have a two year old grandson that I'm just madly in love with."

Victoria Gotti's life may not have been a fairy tale by any means, but My Father's Daughter finally gives voice to her part of the iconic story.