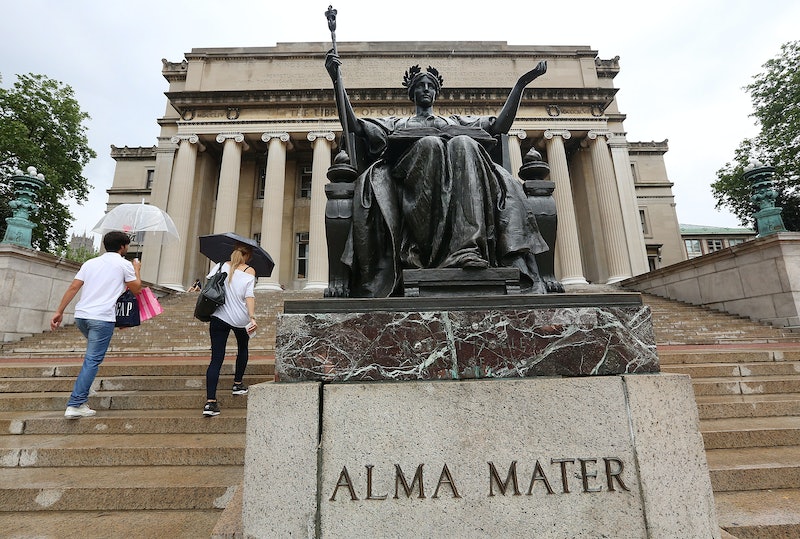 While harassing a group of black students during an incident on Sunday that was captured on video, a white Columbia student ranted about superiority of white people. The group were mostly black undergraduate students who were outside Butler Library at 4 a.m., according to The Columbia Spectator. The student, identified by the student newspaper as sophomore Julian von Abele, shouted, "White people are the best thing that happened to the world," according to video of the incident.

"We invented science and industry, and you want to tell us to stop because, 'Oh my God, we're so bad!'" von Abele ranted on the video, according to the New York Post. "We saved billions of people from starvation, we built modern civilization! White people are the best thing that ever happened to the world!"

Then one student asked how he squared slavery in this assessment. According to the New York Post, von Abele responded, "White people are the best thing ever. I love myself and I love my people."

Columbia University sent a message to its students on Sunday night denouncing the racism. The next day, the undergraduate deans released a longer statement to the public about the incident. "Statements of white racial superiority conflict with the University’s core value of inclusivity as well as the educational work and research that take place on our campuses," according to statement from Monday. "Yet even with the many opportunities we have to build bridges across differences, we have seen public declarations of hostility and intolerance both in our own community and, increasingly, in our nation."

Alfredo Dominguez, a senior at Columbia serving as a university senator, said at a meeting for the Columbia College Student Council that the video incident was being discussed by the Senate Rules Committee. Dominguez said action would be taken in the new year.

Dominguez said the incident could be traced to the institution's lack of diversity within the curriculum. "I think the situation makes it clear that more diversity training needs to happen and more often, and that the Core also needs to be looked at, particularly in how it promotes Eurocentrism and a dominant narrative," Dominguez said, according to BWOG. Bustle reached out to Columbia and will update the story if we hear back.

In an interview with the Columbia Spectator, Dominguez elaborated on the connection. "You can have arguments all you want about free speech and people being entitled to say what they want," Dominguez told the student newspaper. "But when that bubbles [into] assaulting black or brown people with that and then stalking them ... you're getting into levels of hate crime and your speech being directly related to violence."

There hasn't been any news of disciplinary actions taken against von Abele at this time.

Kwolanne Felix was one of the undergraduate students who was harassed on the video. "I really hope that Columbia takes further action. They should definitely try to talk to the students that were affected by that and ensure everyone’s okay because that’s really hard to internalize," Felix told the student newspaper.