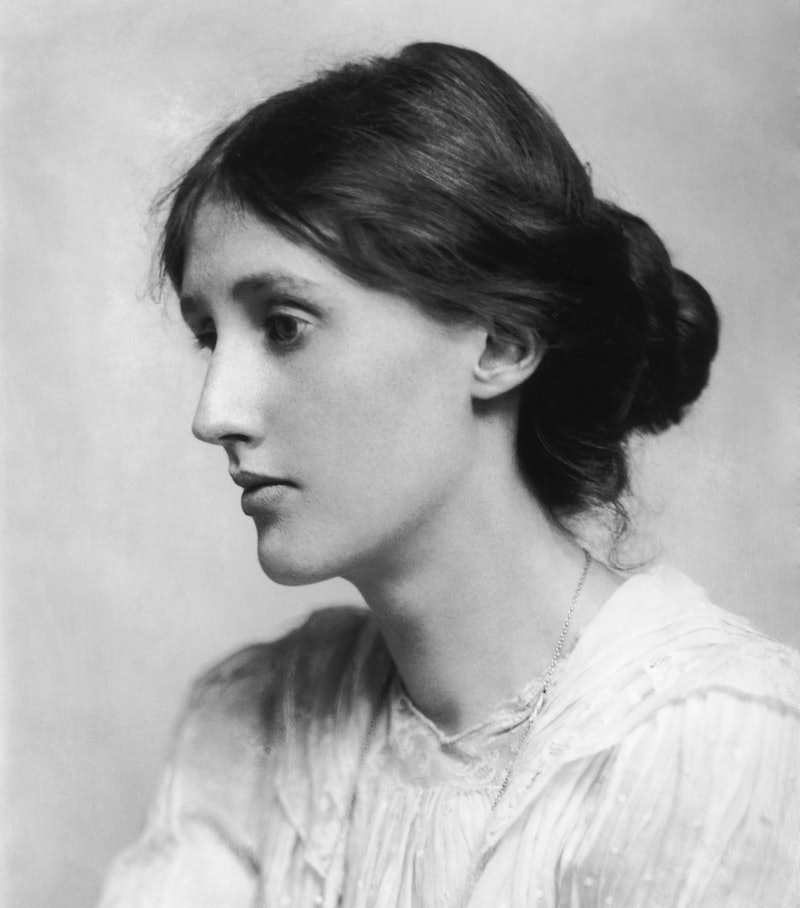 If you have ever dreamed of traveling back in time and being a fly on the wall inside Monk's House, where novels like Mrs. Dalloway and Orlando were born, this is your chance: Virginia Woolf's personal photos are now available online. Featuring scenes from her famous literary lodging as well as snapshots from Woolf's daily life, this digital collection shows a whole new side of the Jacob's Room author — one that would have had a massive Instagram following for sure.

English writer and trailblazing female author Virginia Woolf is well-known for documenting her life on paper: in her intimate diary entries, her critical essays, her breathtaking love letters, and of course, in her books. Even in her suicide note, Woolf chronicled the final moments of her pain in her own words, words that were later twisted, misrepresented, and used against her. A feminist icon before such a term even existed, Woolf was determined to be the author of her own story — she and her husband, Leonard, even founded their own publishing house — but paper and pen weren't the only tools she used.

From a young age — 15, according to scholar Maggie Humm, whose 2005 book Snapshots of Bloomsbury explored Woolf's life through photographs— the author used photography to capture the world around her. During her youth, she used a Frena camera to take photos she herself learned to develop. After her marriage to British theorist, author, and publisher Leonard Woolf, Virginia continued to take and preserve photos in detailed albums that, decades later, offer readers a peek into the infamous life of the modernist author and those close to her.

Named after the Woolfs' cottage in East Sussex, many of the author's personal photographs are preserved in the Monk's House albums, which are housed at Harvard Houghton Library. The collection of seven albums and several additional boxes containing loose photos features over 1,000 images of Woolf, her family and beloved pets, fellow contemporary authors and famous friends, the grounds of her home and scenes from vacations, and even newspaper clippings. Now, literary lovers and Woolf fans don't have to travel all the way to Cambridge to see them, because Harvard has digitized one album and made its pages available to view on their website.

In Monk's House 4, dated 1939 on the cover, viewers get a richer picture of Woolf's life outside of the one-dimensional cliché of mental illness she has become in pop culture. Photos of Woolf and fellow members of the Bloomsbury group, including E.M. Foster and Lytton Strachey, show her expansive network of not only friends, but creatives. Snapshots of her home, which often feature overflowing bookshelves, lush gardens, and frequent visitors, depicts a life always in motion, even in the context of her well-known reclusiveness. The blank pages, of which there are many, leave viewers wondering what photos used to live there, and who Woolf could have given them too.

Throughout her writing, whether it be in a diary entry or a description in her fiction, Woolf frequently visited the topic of photography. In her many letters, she either sent photos to or requested pictures from friends and loved ones, including her great aunt, Julia Margaret Cameron, who was a Victorian photographer. Once as a teen, Woolf even referred to photographs as "the best present I can think of."

Woolf was also know to use photographs to help her write. In 1931, she used an image of Henry, her lover Vita Sackville-West's cocker spaniel, to inspire her unique and critical dog biography, Flush. It was only one of several times the author used photos, hers or someone else's, to inspire a story, a scene, or a line of her celebrated work. When looking through the photos from the Monk's House album, keen readers won't be able to stop themselves from looking for clues or hints of Woolf's writing in the in many pages of this extraordinary collection. The only question is: what will they find.

You can look through Virginia Woolf's personal photos at the Harvard Library website.