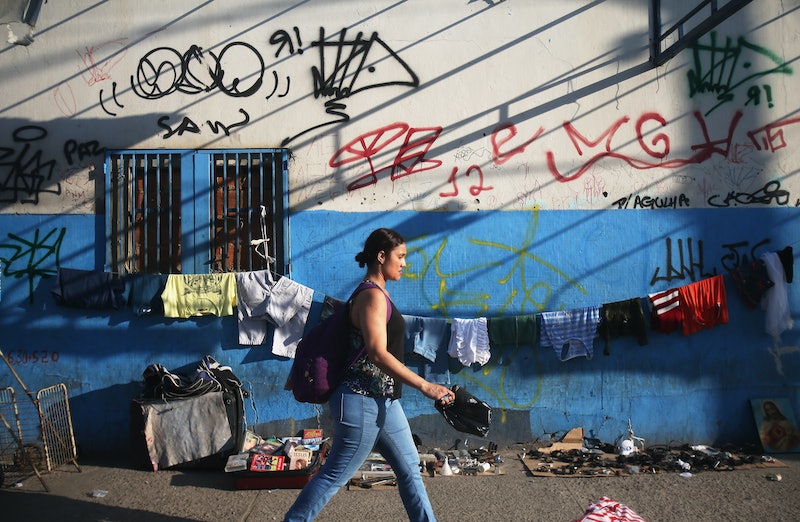 Such "tests" are still practiced in at least 20 countries, according to The Associated Press. In its executive summary for the report on "virginity testing," the UN agencies said, "The examination has no scientific merit or clinical indication; the appearance of a hymen is not a reliable indication of intercourse and there is no known examination that can prove a history of vaginal intercourse."

Such a method to determine whether a woman has engaged in sexual intercourse carried repercussions for their well-being and safety, the statement read. And while some may believe "virginity" can be demonstrated through female biology, United Nations agencies wrote that the term denoted a "social, cultural, and religious construct" that lacked basic medical and scientific rigor. (The following text describes such "tests" in graphic detail and might disturb some readers.)

Agencies noted that physically checking the hymen or inserting fingers in a vagina could not prove whether a woman has had intercourse or not. Furthermore, "the term 'intact hymen' has no anatomical correlate and should not be used," the statement noted.

The UN agencies also wrote that the purpose of such a test is to often forcefully calculate the "virtue, honor, or social value" of a girl or woman, including in cases to determine their marriage or employment eligibility. They also stated that virginity testing "further reinforces socio-cultural norms that perpetuate women’s inequality, including stereotyped views of female morality and sexuality, and serves to exercise control over women and girls."

In some countries, according to the statement, "virginity testing" is performed on victims of sexual violence. Agencies observed that such a practice had no medical use and only hurt victims, often emotionally triggering them. A test like that "can cause pain and mimic the original act of sexual violence, exacerbating survivors' sense of disempowerment and cause re-victimization," according to the report.

In addition to survivors of sexual violence, activists and prisoners also faced the threat of undergoing such tests possibly as a form of intimidation and humiliation. United Nations agencies wrote, "Women prisoners and those in detention facilities are at heightened risk of abuse and mistreatment, including forced virginity examinations."

As shocking and archaic as the method may be, the report noted that it is still practiced in India, Brazil, Afghanistan, South Africa, Iran, Iraq, Sri Lanka, Turkey, Northern Ireland, Jordan, and several other countries.

Collectively, these United Nations agencies stated that "virginity testing" infringes on a person's right to be protected from sexual discrimination as well as their right to life, privacy, physical integrity, and freedom from torture.

In order to put an end to this form of testing, they suggested that efforts would have to be made at national and international levels, especially focusing on legislation and policies to help women.

Medical experts would have to step up, too. Agencies wrote that health-care providers and governments should be alerted to the dangers in carrying out such methods. Plus, health-care professionals should be given training to tend to the care and privacy of their patients. Perhaps most importantly, such experts would have to make an effort to reach out to surroundings communities and advocate against virginity testing at a much more local level.