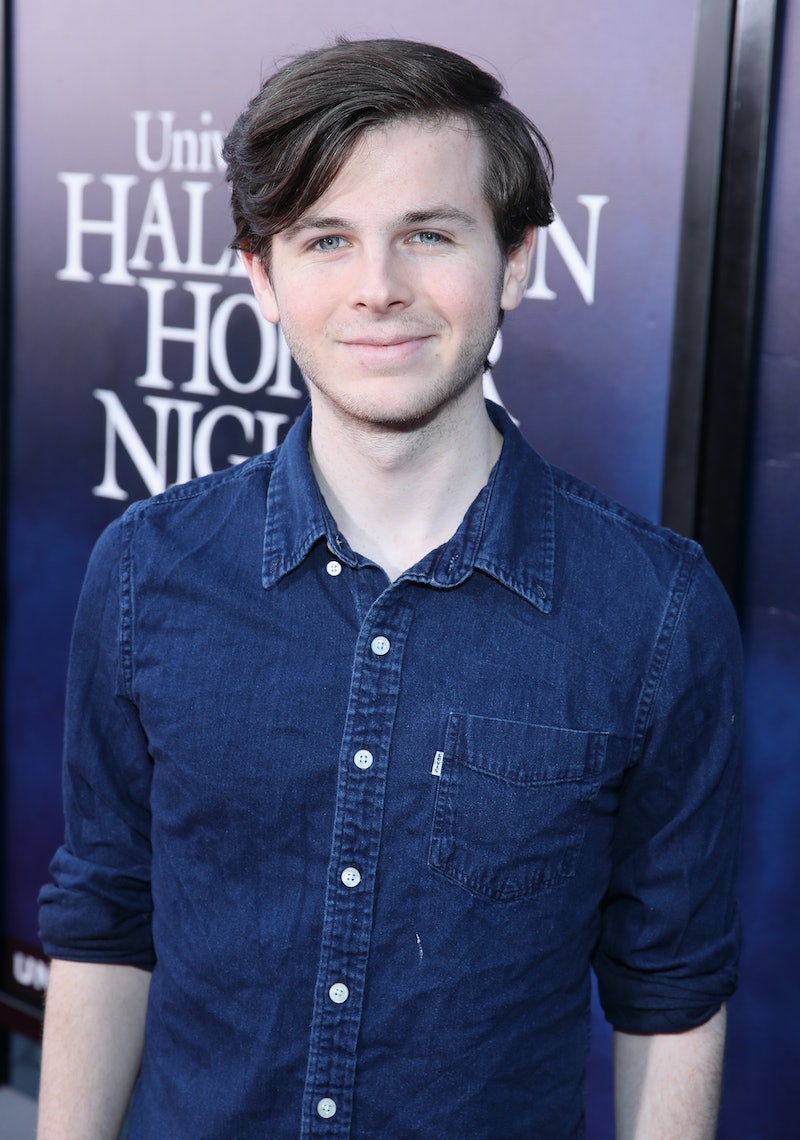 His days of playing Carl Grimes may be over, but this former Walking Dead star has just lined up an exciting new gig for one of ABC's breakout shows. The actor, who exited The Walking Dead last year, Chandler Riggs, has joined A Million Little Things for an exciting new role that is a far cry from his days of slaying zombies on a daily basis. According to TVLine, Riggs will be playing the part of PJ, a young man Rome meets who has faced a few dark days of his own. The two characters will end up developing a meaningful bond "in ways each of them doesn’t even fully realize at the time."

As of now, Riggs is scheduled to appear in a total of two episodes, though that number could very well increase as time goes on. Perhaps he'll even go on to become a more central character at some point in the future. Either way, it'll be exciting to see the young actor back on the small screen once more, regardless of how long his stay there might be. For his part, Riggs couldn't be more thrilled with the opportunity, even taking to Twitter earlier in the week to tease the news with his fans.

“Four days ago i was almost unemployed for a full year,” Riggs wrote on the social media platform on Monday, Jan. 21. “Right now i’m sitting on the set of season one of an incredible tv show for my first day of work. Life changes really drastically really quickly.” Now we know which show he was referring to at least.

Riggs was shocked to discover his character was getting killed off of The Walking Dead, especially because Carl is still alive in the comics. “It was very bittersweet leaving the show, because it sucked having to leave," Riggs told DenofGeek back in September. "There’s all these great friends that I had gotten and this life that I had with the show was so awesome and it was great just going to work every day and actually having a job, so having to leave it definitely sucked."

But in the end, he realized that his departure was probably for the best, adding:

"I realized that it definitely was the best for my life. I get to focus more on music and I can also focus more on auditions and improve my craft, so the next time I’m in something big, I really get to show off what I can do. It’s really, really exciting having so many opportunities and so many open doors."

And it turns out that one of those doors leads directly to ABC's A Million Little Things. It's difficult to picture Riggs in an atmosphere that doesn't involve running from or killing zombies, but that's something we'll just have to get to used to in the coming months. Right now it's anyone's guess as to when exactly Riggs will first pop up on the series, but that prospect definitely gives fans something to look forward to in the weeks to come.