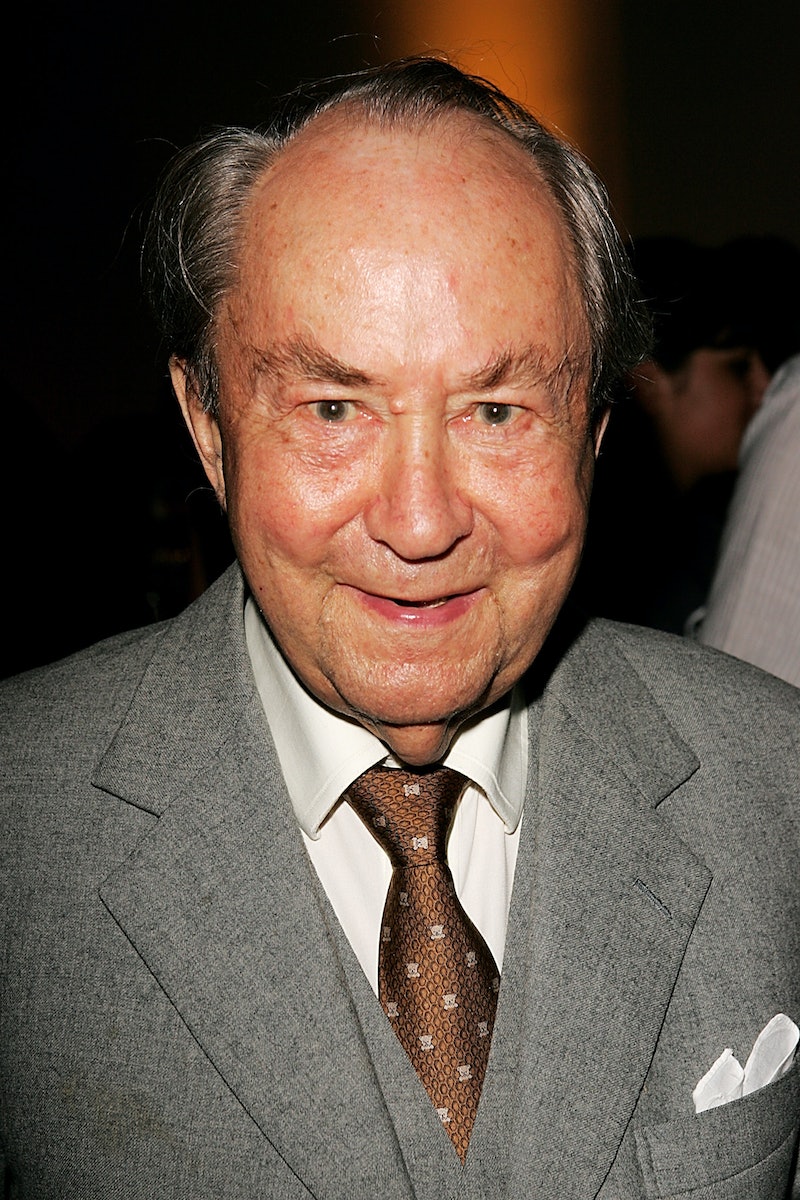 The actor best known for his roles in the sitcom Last of the Summer Wine and beloved claymation series Wallace and Gromit, Peter Sallis, has passed away. According to the BBC, he died peacefully with his family by his side. He was 96 years old. His starring role in theWallace and Gromit series became an iconic representation of contemporary British life, and he is sure to be remembered as an important national figure for his work on the series.

Sallis was well known for his other television roles, and became a household name in the U.K. for playing Norman Clegg in Last of the Summer Wine. According to the Daily Mail, the show was the longest-running sitcom in Britain's history and he was the only actor to appear in every episode of the series. The sitcom began in 1973 and went off the air in 2010, and Sallis retired from television shortly after. The mild-mannered character is one of the star's most memorable roles, but he had an illustrious voice-acting career, as well.

As the voice of Wallace in Nick Park's Wallace and Gromit films, Sallis received international recognition. The cheese-loving clay character was modeled on Sallis, and it was his comedic timing that made the role special. "There was something about his voice that somehow insisted I make Wallace's mouth really wide to get it around the syllables," Park said, according to the BBC. The actor contributed to all of the many films in the series, including A Grand Day Out, The Wrong Trousers, and A Close Shave.

Wallace and Gromit would go on to become two of the most cherished characters in British cinematic history. Park's films have received positive critical ratings across the board, and are enjoyed by audiences around the world. Many credit the Wallace and Gromit series as being a positive representation of British society and customs, and it's success spread an optimistic representation of life in the UK world wide. Sallis' role in that can't be understated, as it's his manner and voice brought Wallace to life.

This unique voice came from years of experience. Acting was in Sallis' nature, and according to the BBC, he enrolled in the Royal Academy of Dramatic Art at a young age. His first professional appearance on stage was in 1946, and he worked nonstop for decades after. A character actor, he appeared in a variety of theatrical productions. By the time he was cast as Wallace in 1992, he had proven himself a strong and versatile talent.

The contributions that Sallis made to Park's beloved films and the subsequent charity work will solidify his place as an iconic British actor. The movies were considered good hearted and groundbreaking when released in the 1990s, and remain a favorite today. The Wallace and Gromit movies are still an essential watch in England and elsewhere, and Sallis' work will continue to brighten days.