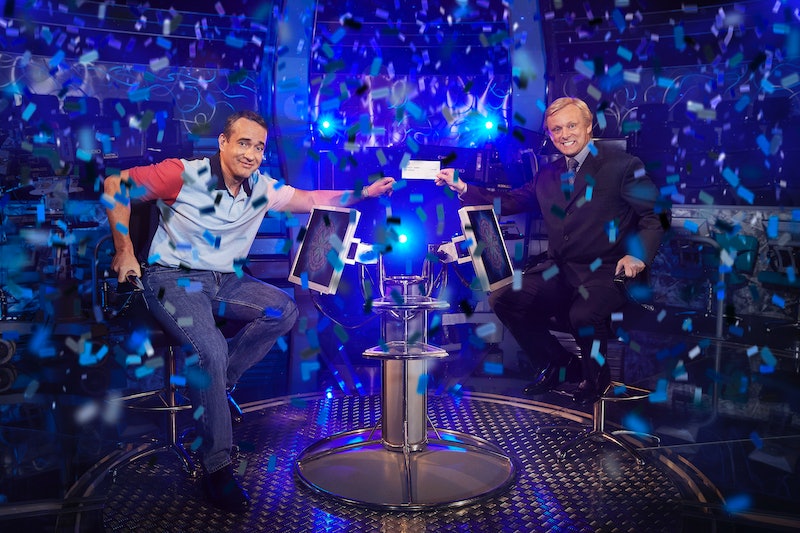 Ever since the news that ITV were planning to turn the story of the 2001 Who Wants To Be A Millionaire? cheating scandal into a true crime drama was announced, the world has been eagerly awaiting the release of Quiz. Based on James Graham’s play of the same name, the three-part drama features a seriously star-studded cast and promises to have you second-guessing the story you think you know. But where was Quiz filmed? The Who Wants To Be A Millionaire? setting looks almost identical to the one we remember from Chris Tarrant's days – but is it the one he used, the current one occupied by Jeremy Clarkson, or somewhere else entirely?

Quiz tells the real-life story of Charles Ingram, a former British Army major who was accused of cheating his way to the top prize on ITV quiz show Who Wants To Be A Millionaire. With the help of his wife, Diana, and accomplice, Tecwen Whittock – who were both in the audience, coughing to signal the right answers – Charles won the £1 million cash prize.

While the producers did consider using the MediaCity studio where the current Who Wants To Be A Millionaire?, now presented by Jeremy Clarkson, is filmed, they decided it looked too modern. Instead, they recreated the early 2000s set at Wimbledon Studios.

"The whole thing exactly as it was. Walking on to that set for the first time was fantastic," MacFadyen said in a statement sent to Bustle UK. "No acting was required because you are there under the lights feeling all of that fear the real contestants would have felt as they tried to get into the chair."

Speaking about the experience of walking onto the replica set, Michael Sheen (who will be playing Chris Tarrant) said: "I assumed they would just build bits of the set, like you do on films. Little aspects of it. But no. They built an absolute replica of the classic set from the 1990s. As you walked into the studio it was like walking into the studio to film that show. That does a huge amount of work for you."

Sian Clifford (playing Diana) added: "That music is designed to get under your skin, and it works. Sitting in that chair you get a real sense of how there is so much at stake. Your one chance to take part. It’s so easy to watch from your sofa, but it’s very different when you are there."

But what about the court scenes? Well, in order to keep things true to life, the cast filmed outside Southwark Crown Court, where the real trial took place. Of course, they were not permitted to film inside, so the interiors were hot in an old, unused court in Hammersmith. James Graham, the writer of the original stage play and producer on ITV's adaptation, explains: "The production designer wanted a very modern court interior to match the one at Southwark."

The perfect way to end the Easter Bank Holiday weekend (especially after spending it self-isolation), Quiz airs over three consecutive nights from Monday April 13 at 9 p.m. on ITV. That means that only two days later, you’ll have made up your mind about whether you think the Ingram’s really did it or not...