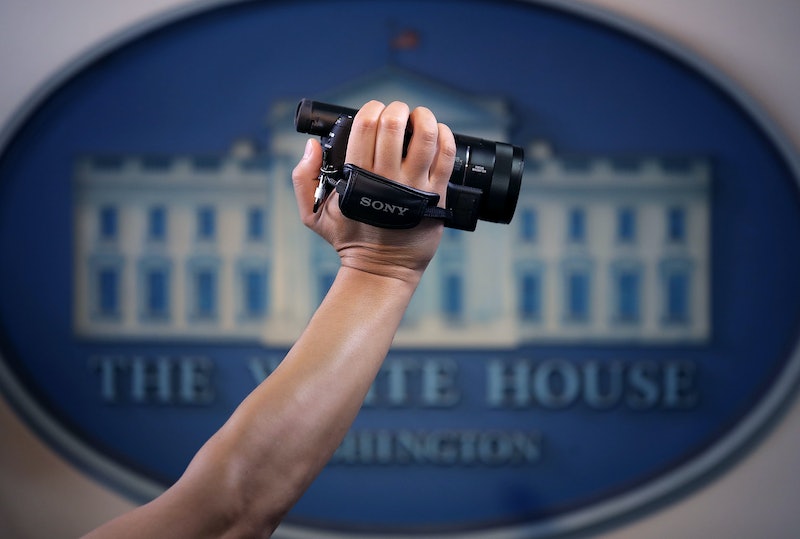 Friday morning saw the abrupt resignation of White House Press Secretary Sean Spicer. Spicer handed in his notice to President Trump shortly after the president offered the job of communications director to Spicer foe Anthony Scaramucci, a financier whom both Spicer and Chief of Staff Reince Priebus had warned the president against hiring. Spicer resigned in protest, according to The New York Times, making his exit decidedly unfriendly. This begs the question: Did he jump voluntary, or was Spicer fired?

The official word from the White House is that Spicer voluntarily chose to leave the position following the president's decision to hire Scaramucci. However, Spicer has taken an increasingly back-seat role for some time now. Counterpart Sarah Huckabee Sanders has frequently stepped in to host White House daily press briefings instead of Spicer in the past six weeks, and Spicer has insisted on some daily press briefings he himself has hosted as being audio-only.

Spicer has famously made a number of gaffes during his relatively short tenure as press secretary, including notoriously hiding in bushes when struggling to answer a question — and then insisting on a correction to The Washington Post that he was merely "among" the bushes, not "in" them — and saying Hitler had not used "chemical weapons" (he did) in his "Holocaust centers" (concentration camps).

Spicer's tendency toward the absurd led to him being famously portrayed by Melissa McCarthy on Saturday Night Live — a caricature that reportedly appalled and annoyed President Trump. Rumors have been flying since earlier this summer that the president was lining up replacements for Spicer, and had been dissatisfied with his behavior.

The president asked Spicer to take on a more junior role to Scaramucci in the communications office, which was, according to the official narrative, the impetus for Spicer to resign.