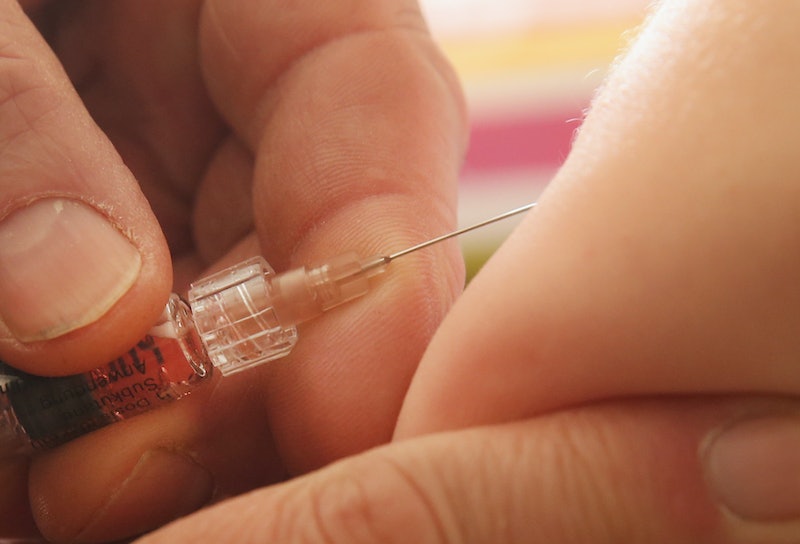 On Friday, Gov. Jay Inslee declared a state of emergency in Washington due to measles. The outbreak — which has led to cases near Portland as well as Seattle — has led to at least 31 confirmed cases so far in Clark County, according to Clark County Public Health.

Clark County is in southwestern Washington State, near Portland, Oregon. Of these cases in Clark County, 21 are kids between 1 and 10 years old, according to Clark County Public Health.

King County, where Seattle is located, has only reported one "suspected" case so far — a man in his 50s who has since recovered.

"The measles outbreak and its effects impact the life and health of our people, as well as the economy of Washington State, and is a public disaster that affects life, health, property or the public peace," Inslee said in the proclamation declaring a state of emergency.

The Associated Press reported that at least 26 of the confirmed measles cases were found in people who had not been vaccinated against the disease. Measles is highly contagious and can be spread when someone infected with the disease coughs, sneezes, or breathes, according to The Seattle Times.

"Measles is a highly contagious disease that can be fatal in small children. Almost everyone who is not immune will get measles if they are exposed to the virus," Inslee tweeted when announcing the statewide public health emergency on Friday. "26 confirmed cases in our state creates an extreme public health risk that may quickly spread."

Checking your vaccination record is extremely important at this time, Inslee tweeted. "Because measles is contagious before people realize they are sick, those who are not vaccinated may spread the disease without knowing. @WADeptHealth urges everyone to check their records to verify that they are immunized," Inslee wrote on Twitter.

There are few signs of measles during the first 10 to 14 days, according to the Mayo Clinic, which is also called the incubation period. According to the Centers for Disease Control and Prevention, the symptoms of measles can include fever, a runny nose, cough, sore throat, and red eyes. The CDC reported that those symptoms are also followed by an all-over rash.

While the origin of the outbreak isn’t yet known, the Associated Press reported that possible exposure could have occurred at “more than three dozen locations” in southwest Washington and Portland, Oregon, including a Portland Trail Blazers home game, Portland International Airport, as well as stores like Ikea. Full lists of possible exposure sites are available here, from Clark and King counties.

CNN reported that the CDC declared measles “eliminated” from the United States back in 2000. Eliminating a disease like the measles means there is no “continuous diseases transmission” for more than a year in the country. However, in November 2018, a report from the CDC and the World Health Organization found that “since 2016, measles incidence has increased globally and in five of the six WHO regions," according to CNN.