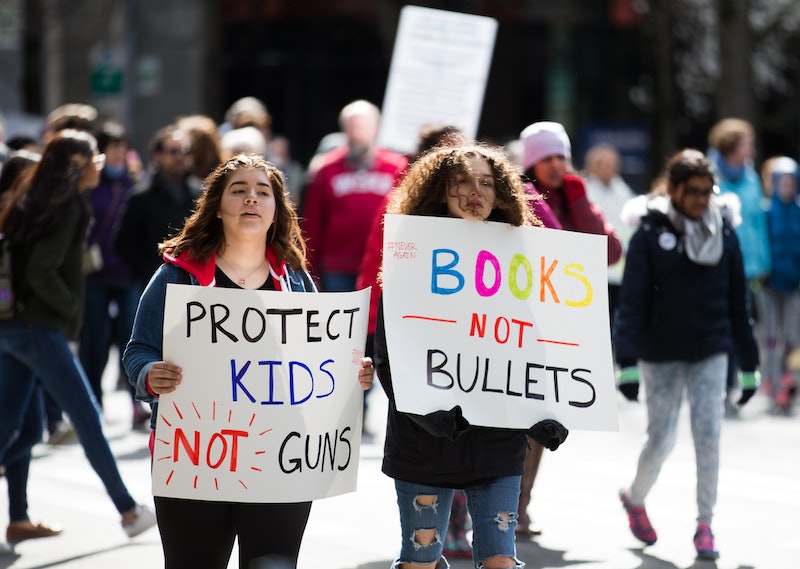 Jan. 1 marked the enacting of new laws across the country, including one that delivered a win for gun control advocates. Washington state's new assault rifle age restrictions now make it illegal for anyone under 21 to purchase a semi-automatic weapon. Previously, the legal age to purchase one was 18.

This law started as a ballot initiative, and was passed by 59 percent of Washington voters in the November midterm elections, according to the Associated Press. It is the first part of Washington state's plan to strengthen gun control at a state level — more gun control laws will go into effect in July.

Among those new policies are a 10-day waiting period to receive a semi-automatic rifle after purchase, criminal sentences for improper gun storage, and more rigorous background checks for people trying to purchase assault weapons, according to The New York Times. Additionally, anyone looking to buy a semi-automatic rifle in Washington will have to have had gun safety training within the last five years, reports The Times.

A week after the initiative was passed in November, the National Rifle Association (NRA) and Second Amendment Foundation (SAF) together sued the state of Washington over the new regulations, alleging that they violate citizens' rights to bear arms. "The NRA is committed to restoring the Second Amendment rights of every law-abiding Washingtonian," Chris W. Cox, executive director of NRA's Institute for Legislative Action, said in a statement. "I-1639 violates the constitutional rights of law-abiding citizens and puts people at risk. This lawsuit is the first step in the fight to ensure that Washingtonians are free to exercise their fundamental right to self-defense."

But Washington's state attorney general, Bob Ferguson, pushed back on Wednesday, telling The Washington Post that he would be defending the majority that voted for the measure. "The gun lobby is trying to thwart the will of nearly 60 percent of Washingtonian voters who supported common-sense gun reform in our state," he wrote. "We were not surprised the gun lobby filed a lawsuit. I look forward to representing the people of the State of Washington in court against the NRA."

According to a tally from the Giffords Law Center, 2018 saw an uptick in the number of state gun control measures passed following the Parkland shooting in February. In fact, with 69 measures nationwide, last year had the highest number of new gun control regulations since 2012 following the Newtown, Connecticut, school shooting.

According to Giffords' managing attorney, Allison Anderman, the shooting in Parkland, Florida, and the resulting activist movements like March for Our Lives, were a major catalyst this past year. Anderman told The Times, "A lot of policies that we had been working on as a movement for years were pushed across the finish line because of Parkland."