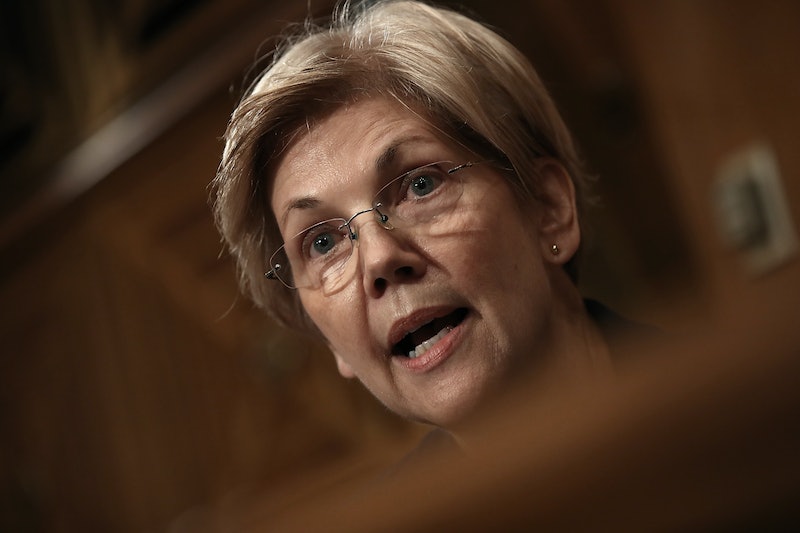 In 1986, Sen. Jeff Sessions was a young attorney from Alabama. Nominated by President Reagan to become a federal judge, Sessions appeared before the Senate for confirmation. But there, he met defeat, as accusations of past racist remarks and views derailed his support. One item of testimony put forward against Sessions came from the late Coretta Scott King, a fellow Alabamian who cited her state roots and understanding of voting rights in the South as part of why she opposed Sessions for federal promotion. Thirty years ago, the late Sen. Edward (Ted) Kennedy read her letter aloud, at a time when the Senate apparently operated in a less dysfunctional manner than its 2017 iteration.

On Tuesday evening, Senate Republicans voted to "formally silence" Sen. Elizabeth Warren, as she attempted to read that same King letter aloud before Sessions' confirmation vote, expected to take place on Wednesday. Majority Leader Mitch McConnell invoked Rule XIX, a procedural regulation that states: “No Senator in debate shall, directly or indirectly, by any form of words impute to another Senator or to other Senators any conduct or motive unworthy or unbecoming a Senator." It leaves one wondering what options remain to those who would point out when senators do engage in behaviors "unworthy or unbecoming." For in 1986, Sen. Kennedy confronted no such obstacle in sharing King's words during Sessions' confirmation hearing.

Also worth questioning is why McConnell blocked Warren from reading the King letter, but later allowed Sen. Jeff Merkely to read precisely the same words aloud without citing the junior senator from Oregon. It seems strange that McConnell found an unaltered text culpable for breaking Senate rules when uttered by one senator, but apparently not when coming from someone else. Democrats have lobbed similar complaints McConnell's way, pointing out he did not employ Rule XIX even to defend himself in 2015, when Sen. Ted Cruz repeatedly called McConnell a "liar." Maybe lying as a senator doesn't rise to the level of "unworthy or unbecoming" conduct, but if that's the case, Americans might appreciate a reevaluation of how the Upper Chamber defines those words.

Ironically, McConnell may have done a PR favor for Warren and fellow Democrats opposed to Sessions' confirmation as Attorney General. After a party-line vote effectively "silenced" Warren for the remainder of Sessions' hearing, the hashtag #LetLizSpeak trended on Twitter, as supporters rallied to her side. Warren also took to Facebook to read King's letter, attracting more than 2 million views. That's exponentially more exposure than live C-Span would likely have provided.

None of that makes up for the fact that a letter read without objection by Sen. Kennedy in 1986 is somehow impermissible in 2017. It suggests the confirmation of Sessions as Attorney General will go down like so many of President Trump's other nominations: confirmed on a partisan-only basis.