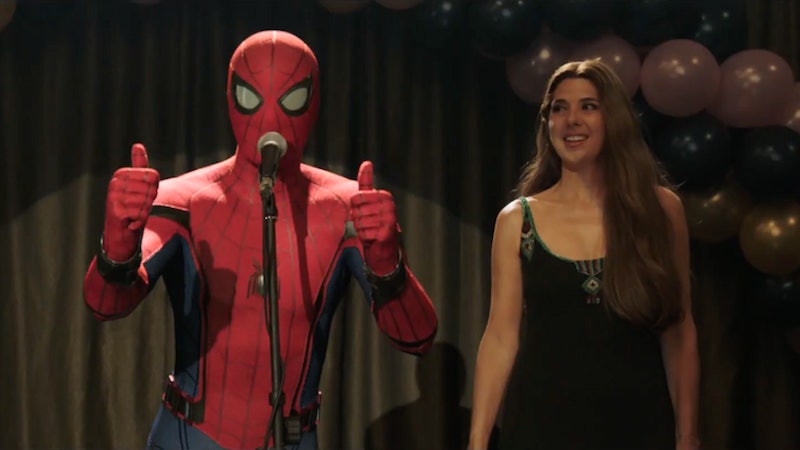 Marvel mania is in full swing with the premiere of Avengers: Endgame on April 26, and while the franchise has changed the superhero movie genre for good — gifting us with many cinematic firsts (hello, Black Panther) — it’s also spawned some unintended byproducts. It turns out that Spider-Man and Ant-Man aren’t just fighting crime and supervillains; they may also be fighting the public’s fear of spiders and other bugs. A new study found that exposure to Spider-Man and Ant-Man movie clips was associated with decreased symptoms for both spider and ant-related phobias, respectively.

Roughly 9% of Americans have a specific phobia, according to the American Psychiatric Association, and arachnophobia (fear of spiders) consistently ranks among the most common fears. A specific phobia is an excessive, persistent fear of a certain object or situation that is generally not harmful, and exposure therapy is a common method to treat these phobias. Patients are gradually exposed to their source of anxiety to help them eventually overcome their fear, and as the new study notes, “the effect of positive exposure, albeit fantasy (e.g. in the form of Marvel movies), has not been attempted” in these therapies.

Published in the journal Frontiers in Psychiatry, the study divided a sample of 424 participants into four groups that would watch different clips. Two intervention groups (one using a Spider-Man 2 clip, the other using an Ant-Man clip) and two control groups (a non-bug related Marvel movie scene and a non-Marvel “natural” scene) were measured using an online survey before and after the clip screening. The online survey looked at each person's phobia symptoms, how familiar they were with Marvel movies and comics, and demographic variables.

In both the Spider-Man and Ant-Man groups, there was a significant dip in phobic symptoms when compared to the control groups. Seven seconds of exposure to a spider scene from Spider-Man 2 was linked to a 20% decrease in the participants’ spider phobia symptoms score, relative to their pre-viewing score. The group who watched a seven-second excerpt from Ant-Man experienced similar results with ant phobia (though there's no word yet on whether the movie's sequel helped with fear of wasps). For the groups that viewed clips of a non-bug related Marvel opening scene or a natural scene, there weren’t any significant decreases in insect phobia symptoms post-viewing.

While it’s not likely that mandatory Marvel movie viewings will be incorporated into exposure therapy for bug-related phobias any time soon, the study does highlight the potential psychological benefits of movies as something worth further investigation. The researchers, Professor Ben-Ezra and Dr. Hoffman, also noted that such an intervention could potentially help destigmatize therapy, on top of being a cost-effective and accessible tool during exposure therapy. (The researchers were also described in a press release as being "avid Marvel superhero fans.") The authors' next steps are to study the potential benefits of Marvel movies for helping treat post-traumatic stress disorder.

In my case, while I know watching a movie isn't going to cure my lifelong fear of spiders, a re-watch of the Spider-Man franchise probably will not hurt the cause.

More like this
The First 'Percy Jackson & The Olympians' Teaser Comes With An Ominous Warning
By Grace Wehniainen
Nicola Coughlan Shared A Lady Whistledown Excerpt From ‘Bridgerton’ Season 3
By Grace Wehniainen, Alyssa Lapid and Sam Ramsden
A New 'And Just Like That' Table Read Pic Confirms A Key Character's Return
By Jack Irvin and Grace Wehniainen
Here’s Everyone Heading To The Beach On 'Bachelor In Paradise' Season 8
By Grace Wehniainen
Get Even More From Bustle — Sign Up For The Newsletter