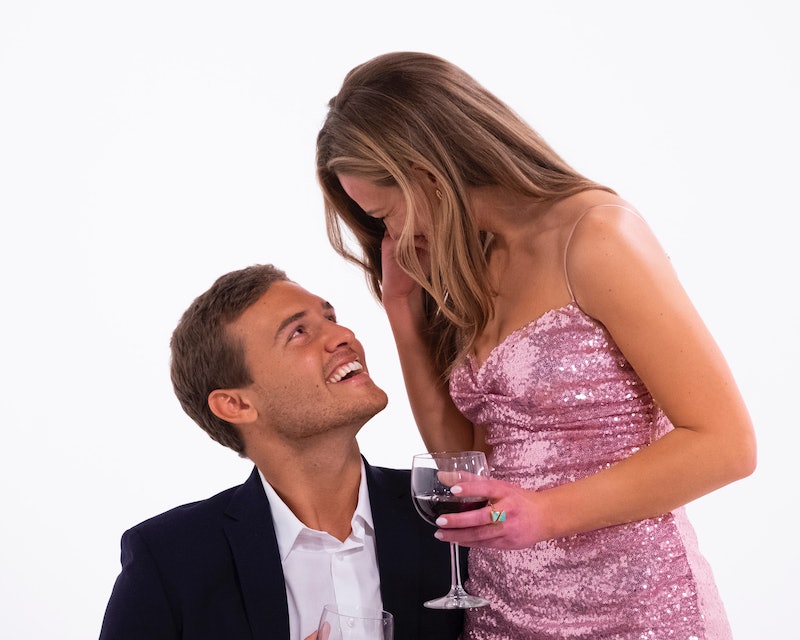 From the moment he stepped out of the limo on The Bachelorette, it was clear that Peter would be a strong contender for Hannah B.'s heart. Not only is he charming, sweet, and handsome, but he's a pilot who's able to fly her off to a romantic adventure anywhere in the world. And if you happen to know which airline Peter from The Bachelorette works for when he's not busy sweeping Hannah off her feet, you might find yourself on a flight of his yourself — albeit a much less romantic one.

It's really not that hard to figure out which airline Peter works for: he's been pretty open about it on Instagram and regularly posts about his flying experiences. In March 2018, he shared a photo announcing that he had accepted a position to fly for Delta Airlines, and that he was eager to be working with the company during the next phrase of his career. "I'm so ready for this adventure," he wrote in the caption, adding:

"I've wanted to become a major airline pilot my entire life and today I'm so excited to announce I've accepted an offer to fly for Delta Air Lines. I can't express my gratitude enough to everyone who's helped me achieve my dream; thank you a million times. I feel like a little kid right now and I'll never forget this feeling."

Delta is, of course, a major airline used every day by people all over the world, so the odds of you hearing his voice over the intercom are higher than you might have assumed. That alone could inspire you to start using Delta more often from now on. However, it isn't the only airline Peter has worked for. If you scroll further down on his Instagram, you'll see another post from March 2015 where he announced he would be flying for Compass Airlines. "Compass Airlines newest Pilot!!!" he captioned the photo at the time. "Can't wait for this adventure to take off!!"

Peter has also served as the pilot for a fee big name celebrities, including Adam Levine, who he posted about back in January 2014. In other words, he's kind of a big deal.

It's not all that surprising that a vast majority of Peter's Instagram posts are related to flying since it's a huge part of his family's life. Like he's mentioned on The Bachelorette in the past, his dad is also a pilot and his mom is a flight attendant, which is actually how his parents met. Needless to say, if it wasn't for flying, Peter wouldn't even be here, so to say this is a passion of his would be an understatement.

Of course, Hannah's reason for keeping Peter around has nothing to do with his career or which airline he's connected to; the two of them seem to have great chemistry together. Let's just hope their love story has a smooth landing with as little turbulence as possible (sorry, had to do it).